Of all the iconic Italian operas, I had yet to see Verdi’s Aida. So you can imagine the excitement here at the OperaWatch office deep in the bowels of Northern Soul Towers when the tickets arrived for this production by Opera North at Manchester’s Bridgewater Hall. There was quite a fight to wrench the tickets from the grasping hands of our young opera critic trainees. I must let them see an opera before they report me to Amnesty (note to self: block book tickets for the new Pavarotti documentary). Bruised but unbowed, me and The Blonde head for the hall on what proved to be the wettest night of the year so far.

It’s been a while since I graced the portals of this fine venue. The last time was to see the Hallé, the orchestra dressed as cowboys and indigenous Native Americans, play all the great western themes including Bonanza and The Virginian. Yippee ki yay as John McClane may have remarked. Tonight we have good seats in the stalls as the orchestra and chorus take their places for this concert staging of one of Verdi’s best known operas. It forms part the orientalist cannon of great Italian romantic works that includes Madam Butterfly, Nabucco and Turandot, and a good place for opera novices to start. Although the couple next to me who fidgeted with their watches and phones all the way through the performance might want to rethink their fledgling commitment to the genre. 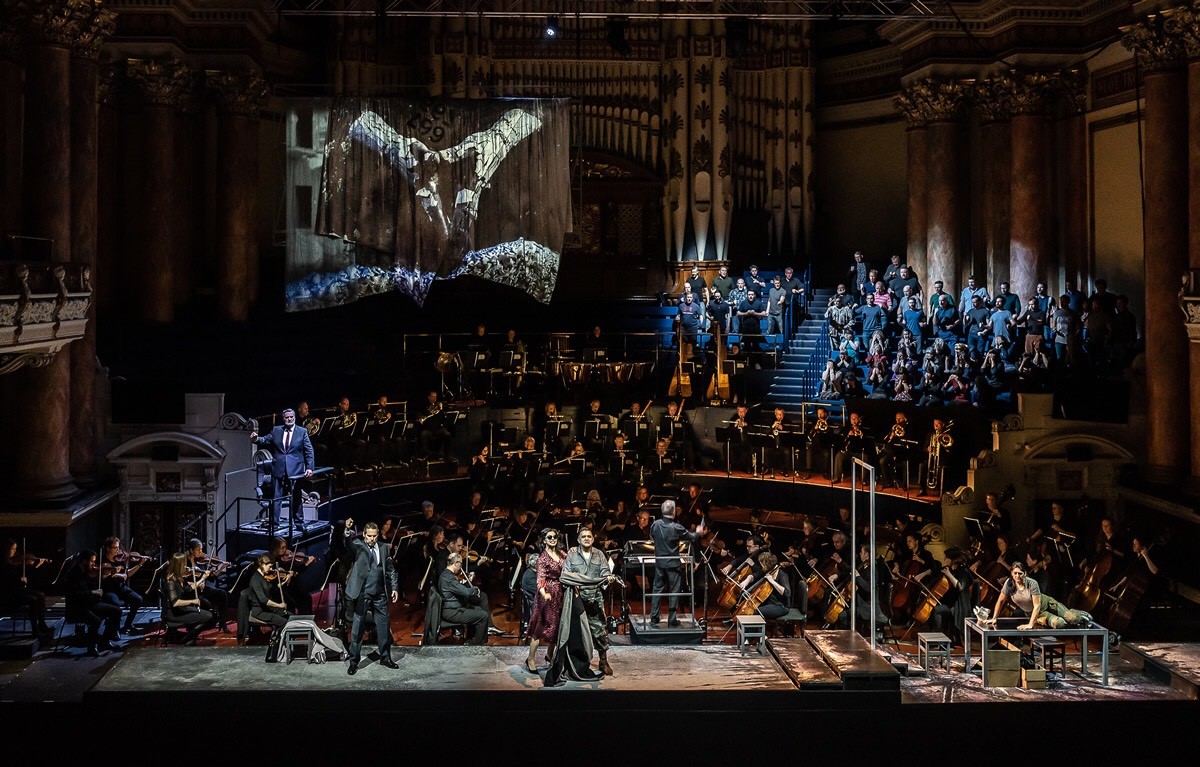 The story of Aida is simple enough. Egypt is at war with Ethiopia which, if you check Google Earth, is a geographical impossibility. As it was written in the late 1860s and Verdi didn’t have Google Earth, I think we can allow him a little creative leeway. Aida (Alexandra Zavala) is an Ethiopian slave girl working in the kitchen of Radames (Rafael Rojas), a captain in the Egyptian army and his betrothed Amneris (Alessandra Volpe), who happens to be the King of Egypt’s (Michael Druiett) daughter. Radames and Aida are in love, without which there would be no opera. The rest of the tale could straight from Le Carre, The spy who came in from the warm as it were. Radames is promoted to the head of the Egyptian army and defeats Ethiopia capturing Amonasro (Eric Greene) in the process. To complicate matters and unknown to his captors, Amonasro is not only the King of Ethiopia but also Aida’s dad. It has tragedy written all over it. Radames gives the position of his army away to Aida and her father and so is accused of treachery and condemned to be buried alive, all for the love of Aida (for those of you old enough, there is an oblique reference to a terrible 1970s sitcom starring Irene Handl and Wilfred Pickles). As he is entombed, Aida reveals herself and they die together. It was so beautiful and moving that The Blonde and I, as well as the rest of the row, are in tears. Except the couple next to me who look, with some relief, at their watches. 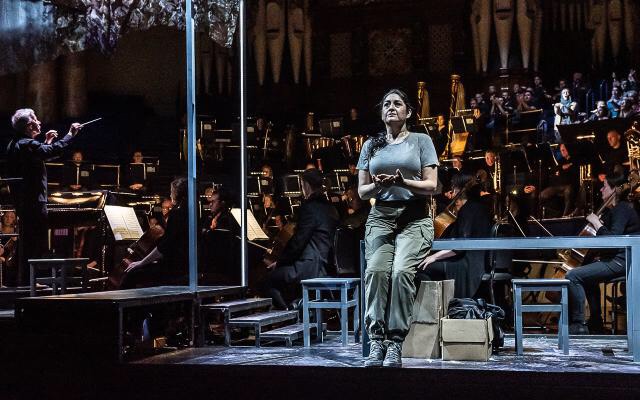 As I said in the preview, Opera North’s concert stagings are magnificent and this is no exception. Under the baton of Sir Richard Armstrong, the chorus and the orchestra are breathtaking. Radames, Amonasro and the King of Egypt as well as High Priest Ramfis (Petri Lindroos) all sung their hearts out. For me, Aida is a tale of two women and the outstanding performances were Alessandra Volpe’s Amneris as she ranged with utter conviction from seductive, ambitious, deceitful, angry and revengeful all the way back to seductive until she arrived at broken and bereft. She was matched by Alexandra Zavala’s stoic, lovelorn and tragic Aida. The entire ensemble were aptly rewarded with a standing ovation.

Ultimately, it reminded me how very beautiful opera is and, for that, I thank everyone at Opera North from the bottom of my broken heart.