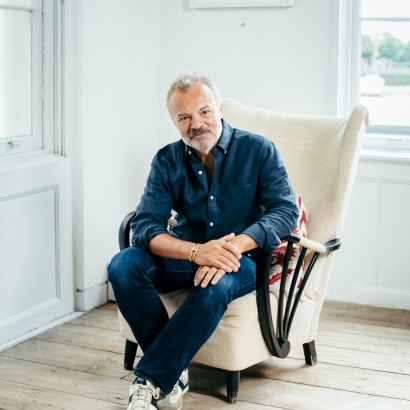 “I forgot you wrote it.” This was the feedback Graham Norton received from his mum which let him know he was onto a winner with this novel writing lark.

As part of the 2018 Manchester Literature Festival, the king of chat shows was grilled by Alex Clark, as well as a very up-for-it crowd, at Manchester’s Royal Northern College of Music. A nervous Norton was clearly not 100 per cent comfortable at having the tables turned but he soon got into his stride.

Following his widely-successful 2016 debut Holding (winner of the Irish Independent Popular Fiction Award at the Bord Gàis Irish Book Awards 2016), Norton is in town to promote his second release, A Keeper, the story of a discovery of letters after a mother passes away which changes everything. It’s not a follow-up as such but is again set in his beloved homeland of Ireland. It’s fair to say that he has had an up and down relationship with his roots but is very much back in love with the country.

“I didn’t just leave, I ran away,” Norton tells us. “But Ireland is transformed now without losing the good bits. It is about young people and saying no to the ways that have brought us nothing but trouble.”

While some may have expected a glitzy showbiz story from the pen of someone whose contact list must resemble the pages of OK! Magazine, Norton has opted for a rural setting. “I can sit in London and be in Ireland.”

When Norton knew he wanted to write a novel, he couldn’t do the usual debut author thing and draw from his own experience. “I’d already written an autobiography and memoirs. I really milked that. So, I was forced to invent.” 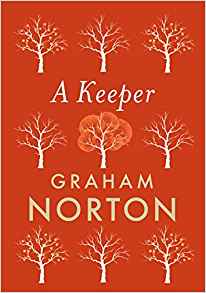 The idea for A Keeper came from a story his mother told him. “Storytelling is the currency of Ireland. People come to you and ask, ‘have you any stories?’. In the UK people like gossip but in Ireland they don’t need to know who you are talking about, they just love the joy of talking and language.”

This doesn’t always translate when Norton’s London pals come to stay at his Irish house, where he spends most of the summer. “We were in a pub and I was talking to a crowd of people for ages. When I came back to my friends they asked me what we were talking about and I said, ‘oh, gates’.”

One member of the audience describes Norton as a snarky Maeve Binchy which he seems to enjoy. “I’d never read any of her work before I wrote Holding, but I picked up Tara Road at a book stall and I now take it as a compliment.”

So how has he taken to the life of a writer? “Everything else I do is collaborative and writing is quite solitary until the very end of the process. If that’s all I did I think I would go a bit Billy Bonkers but I make sure I have an arrangement in the evening, I have to say that work is done now.” 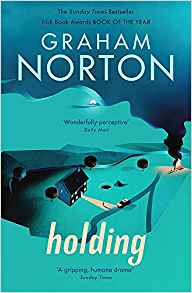 He received some good advice from David Nicholls of One Day fame who told him to plan things out; you don’t necessarily have to stick to it, but at least have the scaffolding up.

“For A Keeper I have two timelines, so I mapped out the past timeline and for the now, I let it happen organically. It was a relief to my mother who doesn’t like jumping around but she said I’d made it very clear.”

With a hugely successful chat show and Saturday morning radio programme, you might think that Norton would be keen to rest on his laurels. But he was determined to try his hand at writing. “I worked on a worst-case scenario that I would write a novel that is pants and some of my friends would quite have liked that. But I got my book deal when I was 50 and was a debut novelist at 53. It’s quite nice to be a debut anything at that age. You have more time than you think.”

What’s next? “I’m not one of those writers who has the next idea already mapped out. I will be promoting this book until the end of November and then I will probably go home to Ireland and water-board my mother into giving me my next idea.”