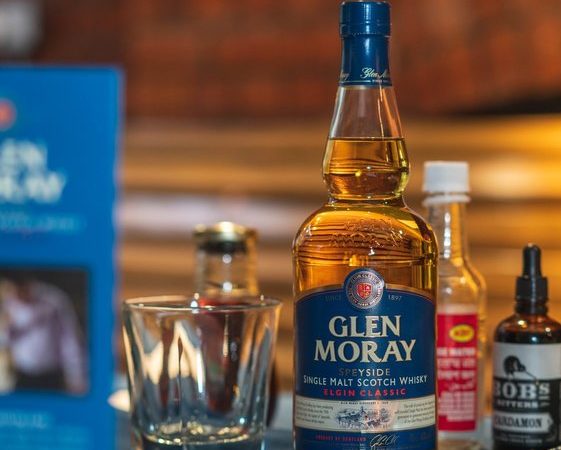 I blame Don Draper. Twelve years ago, my cocktail cabinet expanded. I bought all the accoutrements (including hauling a vintage bar cart through Paris) and developed a taste for whisky as I tried to create the perfect Old Fashioned.

Faster than Peggy Olsen can down a shot in her office, I jumped at the chance to attend the Glen Moray single malt whisky Old Fashioned cocktail masterclass for Northern Soul at the suitably Mad Men-esque bar, Manchester’s The Pen & Pencil.

The Glen Moray distillery opened in 1897 in Elgin, Speyside, Scotland’s single malt heartland, and produces six single malt whiskies as part of the Elgin Classic collection including peated, sherry, port cask, chardonnay, the Elgin classic and Fired Oak. The Old Fashioned was invented in 1920s in Louisiana, Kentucky when ice, sugar and whisky were all rare and expensive items. This made the drink an exotic one and grew in popularity as a premium treat. 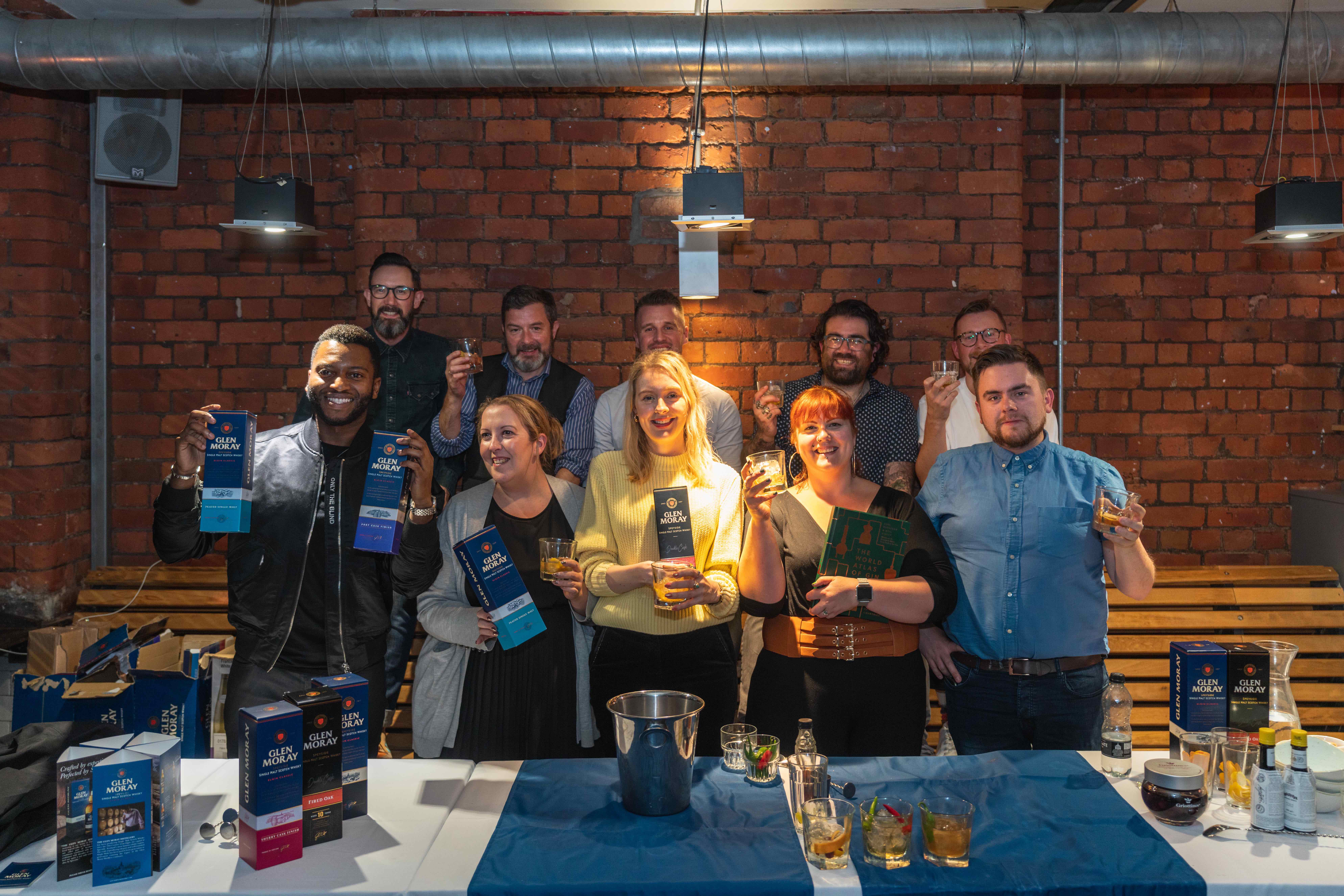 Keepers of the Quaich

Hosted by Joel Harrison and Neil Ridley from World’s Best Spirits and regulars on Channel 4’s Sunday Brunch, they guided us through the history of the infamous cocktail, discussed how to produce a single malt, chatted about what makes Glen Moray unique and judged an experimental cocktail competition. The hands-on cocktail-making class allowed us to dream up sweet, smoky and sour combinations using the portfolio of Speyside single malts.

We kicked off with tasting a highball, a long whisky cocktail (a bit like whisky’s version of a Gin & Tonic) as Harrison described how to create the perfect Old Fashioned. This consists of three essential parts – ice, whisky and a sweetener.

We began by making our own concoctions. It all starts by using a tumbler, grabbing a long bar spoon, adding dark brown muscovado or golden caster sugar with a few spoons of water and a few ice cubes, and pouring in the whisky measured in a jigger. Then it’s time to stir down for around 15 minutes until the sugar dissolves and this gives you a chance to work that whisky. 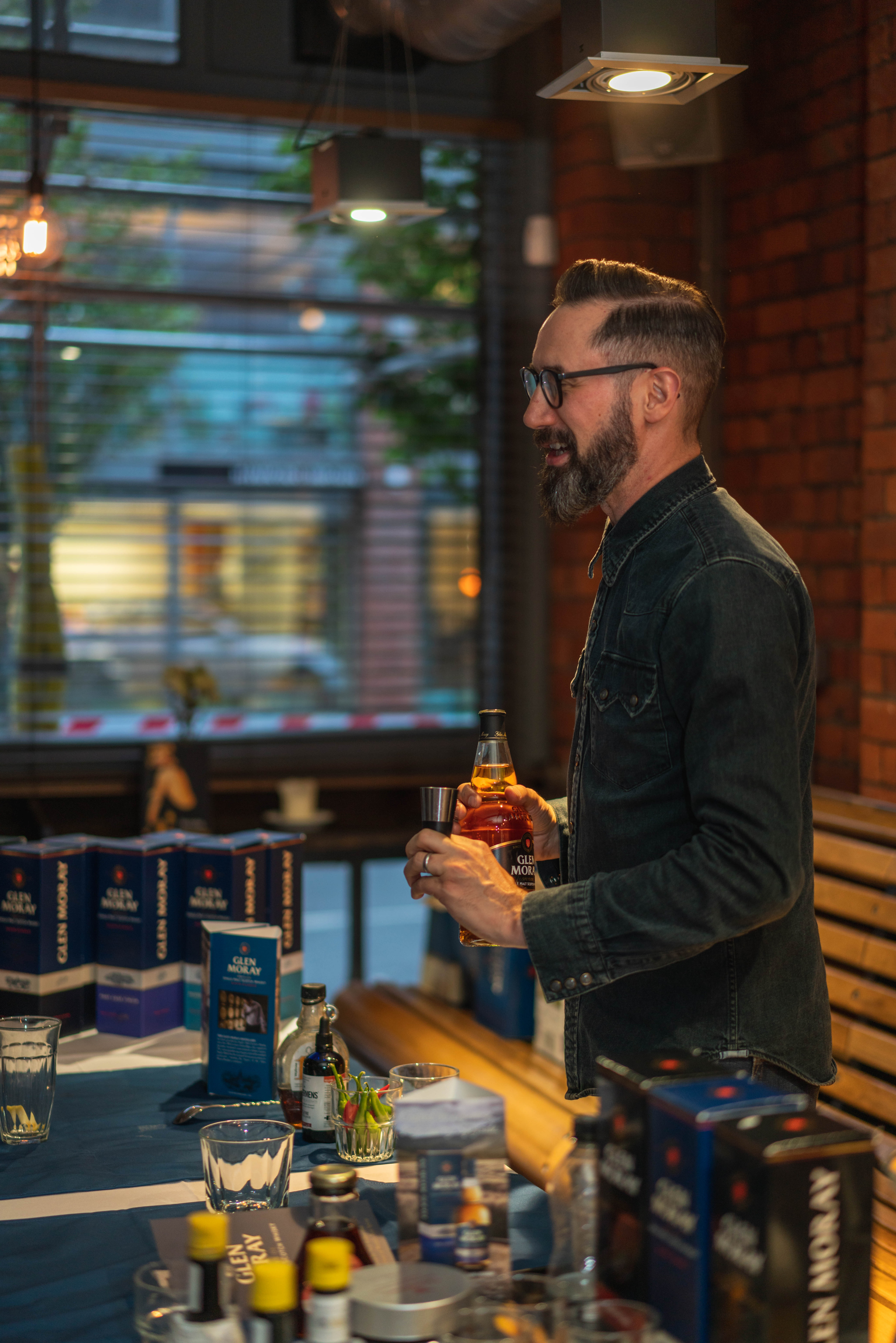 Next, you need to add in your chosen bitters. Bitters were originally promoted as a health tonic, hence the look of the quintessential Angostura bitters bottle. There are now so many versions on the market – creole, chocolate, cardamom and ginger – you can give your Old Fashioned any kind of concentrated kick. Keep testing and stirring and don’t forget to garnish with orange peel or perhaps a dark cherry. This is a long process but one worth the wait.

I was drawn to Glen Moray Fired Oak with its notes of smoke and peat as I wanted to create a deep, dark cherry and chocolate-infused drink. The finish was warm and familiar, a bit like a comforting 1970s black forest gateau. 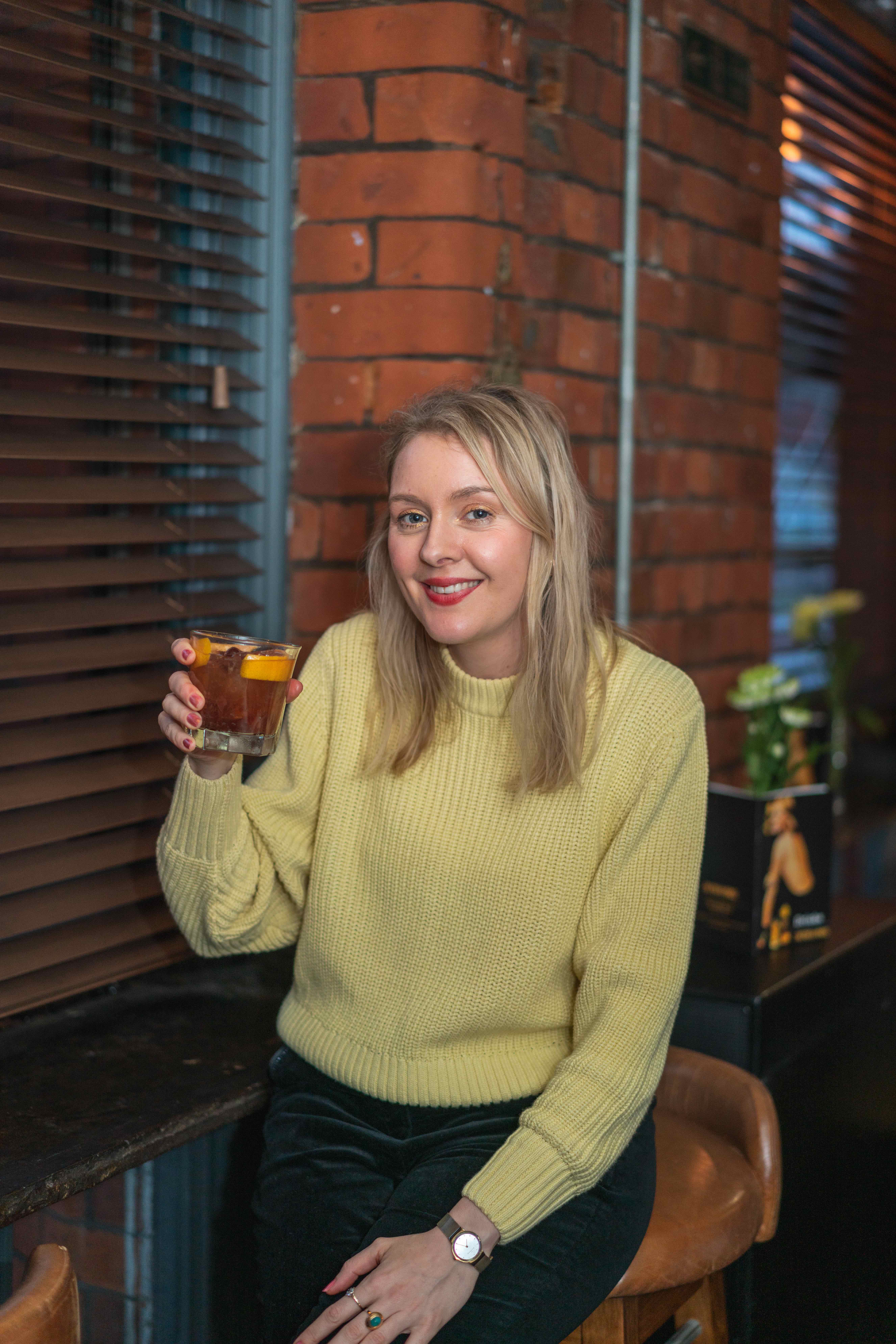 My so-called London Fog cocktail was a charred, dark drink. On the nose the Fired Oak gave it a buttery toffee aroma, which tasted of blackcurrant jam and chewy liquorice toffee, and the finish was dark chocolate, with a hint of smokiness and vanilla.

The Glen Moray collection allows you to get experimental as each whisky is aged in a different cask; some are nutty and earthy, while others exude summer fruits and butterscotch. Fired Oak is now a cocktail cabinet essential and one Don would approve of. It echoes his mantra: “make it simple but significant”.