Review: Joy for Ever, The Whitworth, Manchester

Desmond Bullen April 2, 2019 Art, Arts Comments Off on Review: Joy for Ever, The Whitworth, Manchester

It’s easy to have the last word when you’re arguing with a dead man. Or so you might think.

The Whitworth’s latest exhibition is a belated riposte to the trolling of Manchester by the noted 19th century figure – his interests and accomplishments too various to hang on a single noun – John Ruskin. Ruskin, in turn, had taken exception to Manchester’s Art Treasures Exhibition of 1857, reading in its collection of privately-owned artworks, assembled in a city that he held to epitomise all he found most revolting in industrialism and laissez-faire capitalism, a vulgarity worthy of measured excoriation. With admirable insolence, he delivered said lecture, The Political Economy Of Art Or A Joy Forever (And Its Price In The Market), in the enemy territory of Manchester’s own Athenaeum.

The Whitworth’s response may pare back Ruskin’s unwieldy paraphrasing of Keats (‘A thing of beauty is a joy for ever’) to the more hashtag-amenable Joy for Ever, but its engagement with his critique is as wide-ranging and at times contradictory as Ruskin’s own evolving thought. There’s a lot to take in, and – no bad thing, this – more, perhaps, than a single visit can accommodate. 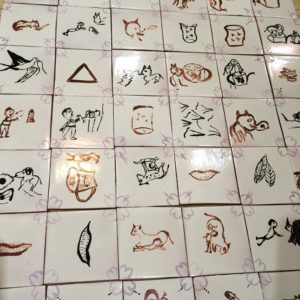 It opens with a portrait of Joseph Whitworth himself, the picture of self-made Victorian respectability, the gallery founded thanks to his philanthropy funded in part on the mass manufacture of more efficient firearms, while founded on principles that were distinctly Ruskinian in nature.

From there, the paths it takes, like Ruskin’s gloriously quixotic aesthetic road, laboured on by such unlikely navvies as Oscar Wilde, are rhetorically incomplete, raising more questions than answers. The presumably unintended consequence of this is that, at times, the works themselves can seem contingent, reduced to references cited in support of an argument; speaking not for themselves, but serving rather as illustrations, making somebody else’s point. In this, it’s a cousin of sorts to the curatorial interventions of Jeremy Deller, although it lacks Deller’s flair for the telling narrative.

Indeed, for all its aspirations to a civic-minded inclusiveness, very much in the spirit of Horsfall’s Manchester Art Museum (if not its delightfully radical nation of nationalising luxury), the effect can be akin to eavesdropping a dinner party at which the bourgeoisie are talking animatedly to the bourgeoisie about the proletariat. 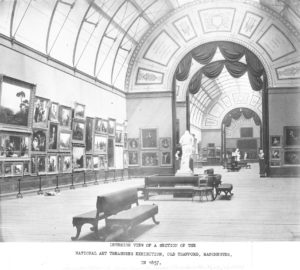 The inclusion of works from The Whitworth collection, selected by pupils at Blackburn’s Hyndburn Academy, then, while implying an interesting equivalence between Pinterest eclecticism and the custodians of high art, tends at the same time to be defused as tokenistic.

By re-appropriating Keats, Joy for Ever nevertheless accepts the assumptions that inform the idea of a classicist (and classist) canon. A pithier, and more interesting response, would have been to quote Alan Sillitoe, whose authorial surrogate takes a dim view of the presumption of others: “Whatever people say I am, that’s what I’m not…because they don’t know a bloody thing about me.”

So long as the stories are imposed from above, the dead will continue to have the last word.

Joy for Ever: How to Use Art to Change the World and its Price in the Market exhibition is on until June 9, 2019 at The Whitworth.

To read Northern Soul’s interview with Poppy Bowers, exhibition curator at The Whitworth Art Gallery, about Ruskin’s bicentenary, his connection to Manchester and why his ideas about social change are still relevant today, click here.