Turtle Bay: a taste of the Caribbean comes to Manchester

Karen Connolly June 9, 2014 Restaurants & Cafes, Taste Comments Off on Turtle Bay: a taste of the Caribbean comes to Manchester 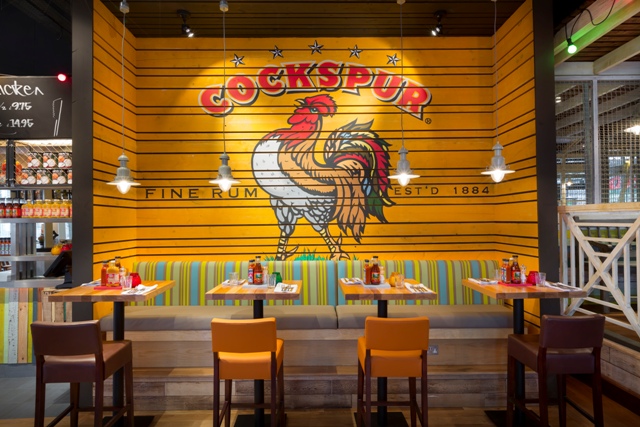 Manchester’s first Caribbean restaurant is loud, lively and a place for, as Wiganer Karen Connolly might say, ‘a right rum do’.

In a city where a new restaurant seems to pop up every week, Turtle Bay has put its own stamp on city centre dining with an eclectic offering of food and drink.

Actually, it might take you a while to decide which drink to have because there are some 40-odd rums on sale  here – delicious straight up or in one of the bar’s classic and rather more creative cocktails.

Rum is definitely at the heart of the cocktail list at Turtle Bay (including Blackwell Rum by Chris Blackwell of Island Records fame) but if you want to throw yourself into the Caribbean drink/music/legend vibe you might want to check out the Marley Mojito – ginger beer and water melon – which is very quaffable indeed.

The VIP launch was infused with a carnival atmosphere and the organisers had struck lucky with the weather as Manchester bathed in the kind of summer weather we usually only see in travel agents’s windows.

Music was provided by the splendid reggae bands Troy Ellis and Hail Jamaica as well as Laid Blak as guests sampled key dishes from the menu. 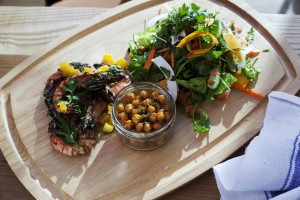 The restaurant, which is on the site of the former Alibi Bar on Oxford Street, is huge with 250 covers and happily enough staff on hand to ensure service is not as laid back as it can be in the Caribbean – if you’ve been there, you know where I’m coming from.

Apparently the staff had to go through a rigorous audition process to land a job, from psychometric tests to limbo dancing…so hats off to them for that. Whatever happened to sending your CV and a covering letter?

Anyway, the staff are certainly lively without too much of that exasperating in-your-face-appear-at-your-table ‘HIYA GUYS’ adopted by so many restaurants these days, and the food is good.

It goes without saying that Turtle Bay isn’t a ‘fine dining’ experience but somewhere to head to for an upbeat, colourful and fun lunch or dinner.

Dishes are authentic and include one pot dishes, Jerk BBQ and… go on, go for it, Blue Mountain Curry Goat. With a couple of Turtle Bay Patties thrown in and a large Reggae Rum Punch, all is most definitely ‘irie’ in the Bay. 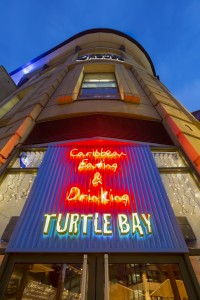