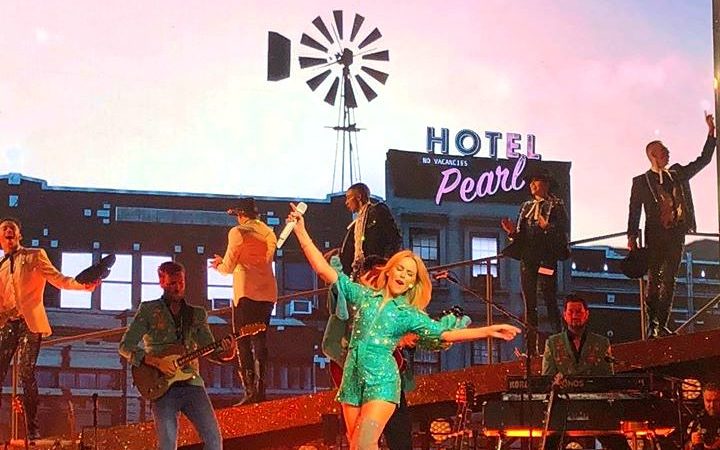 For us long-time Kylie devotees, this show felt like a defining moment. A lap of honour at the end of a year full of reasons to celebrate – reaching the big 5-0, racking up three decades in the music business, and enjoying her most successful musical reinvention (country pop) in years. Our girl has come a long way.

As she delightedly pointed out, this was her 32nd appearance at the Manchester Arena, the most times she’s performed at any venue. An impressive feat – and she has never appeared as confident or sounded more vocally assured. With 30 years of back catalogue to cherry-pick from, it’s worth acknowledging all the musical risks and left turns she’s taken (and rarely gets credit for). Some have worked, and some not so much, but she’s never been afraid to experiment and embrace the ups as well as the dips in her career. 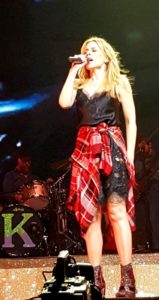 For this Golden show, the tracks mixed through with her own hits were inspired (Fleetwood Mac, Donna Summer, Human League), and re-imaginings of numbers like Can’t Get You Out of My Head and Slow worked perfectly.

It’s not a Kylie show without costume changes aplenty, and so much glitter and golden ribbon falling you could build a rainbow snowman. But the focus tonight was most certainly on the music. A team of hyperactive dancers raced round the stage like Tigger on a caffeine drip. This allowed Kylie to stick close to her excellent band and concentrate on singing her heart out. It was exactly the right move for this ‘golden’ period in her career and demonstrated why she’s lasted. Thirty years is no fluke and a remarkable accomplishment despite so many attempts to write her off as disposable or TV novelty act.

A backdrop of cool, moody films smartly enhanced rather than distracted from the music, and the show moved effortlessly through a range of presentation styles including spaghetti western, biker-chic and, inevitably, Studio 54. 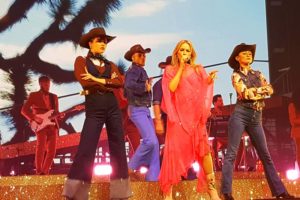 The rapturous reception received for every gear change was particularly sustained towards the end of the show. At this point, Kylie took a moment, clearly touched and moved by the reaction. Perhaps a million memories of how she reached this point came flooding back. After giving it everything on stage, she was rewarded by an ecstatic audience reaction that was nothing less than deserved.

Golden indeed – and I am still finding bits of glitter in my nooks and crannies days later.

Fancy something brilliant to read? This week's Right Good Mid-Week Read is We Are All Birds of Uganda by Hafsa Zayyan. pic.twitter.com/jY6tv6u4ux

Exploring the North via video games Northern Soul's @WillNelson1998 explores the landscape of the North in video games, including modern iconography, a medieval region and the North in the 1980s. northernsoul.me.uk/exploring-… #gaming pic.twitter.com/uv9WiSqmAT

Featuring Forza Horizon 4 from @WeArePlayground, Assassin’s Creed Valhalla from @Ubisoft and The Occupation from @WhitePaperGames

Northern Soul's @WillNelson1998 explores the landscape of the North in video games, including modern iconography, a medieval region and the North in the 1980s. northernsoul.me.uk/exploring-… pic.twitter.com/S5jEXaBOe1