“If the city had a voice, where would you hear it?” Northern Soul chats to author Ben Webster

Desmond Bullen October 6, 2018 Authors & Reviews, Books Comments Off on “If the city had a voice, where would you hear it?” Northern Soul chats to author Ben Webster 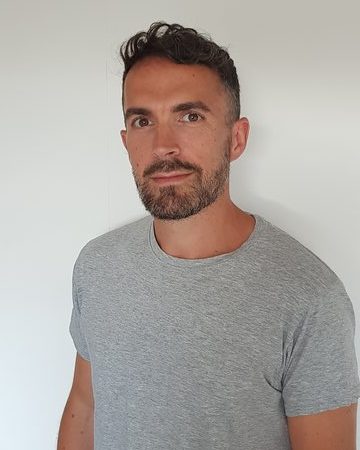 Ben Webster finds himself in a curious position. The spinner of the quality Manchester yarn that comprises one of a brace of Lancashire Hometown Tales in the volume of the same name (the book is co-authored by Jenn Ashworth), he’s come across a peculiar reluctance to display said hardback in some of his local bookshops. In Yorkshire.

“I’ve been into a couple, and you do get a bit of side-glance, really. I did say, ‘you can sell it under the counter, you know’.”

Such sub rosa dealings in the White Rose Ridings were not required to pique the interest of his two children, however. “They brought the book into school to show their teachers and classmates,” he explains. Nevertheless, their motives may not have been entirely innocent. “My eldest spent two nights going through it trying to find swear words, basically.” 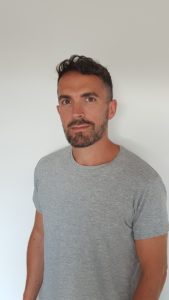 Confirming his credentials as a sleeper agent, the Otley-based author and winner of the Northern Writers’ Award in 2016 was raised near transmissions from Winter Hill.

“I was born in Lancaster. I moved to Manchester when I was 18. You watch TV, you know, and Tony Wilson, Granada Reports, it’s all from Manchester.”

It’s unsurprising, then, that he cites the city as the principle inspiration for his novella. “I didn’t realise how attached to the place I still was, or what an impact it had until I started writing it, really.”

Drawn to its sprawl in part by “the music, Happy Mondays, all that sort of stuff”, Webster uses the groups that emerged from the end of the 70s onwards as the warp and weft that runs through his tale; each chapter heading is a song title and, until he was advised of the financial implications, every chapter drew upon those costly quotations. “It was an eye-opener for me, in terms of using song lyrics, you have to pay the people who own the copyright.”

Not that this left him lost for words. Rather, he was able to wonder, “if the city had a voice, where would you be able to hear it?” 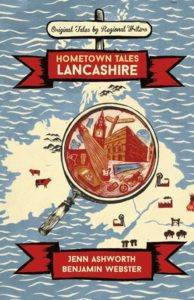 The long answer is the story itself, the short answer is the Free Trade Hall, now the Radisson Hotel. Indeed, one of the piece’s considerable charms is the way it breathes fresh life into the venue’s familiar mythologies. It’s a place that he visited, albeit in its current, gentrified incarnation, once his tale had been committed to paper.

“When I stayed there, it was very, very characterless. It was just people in bathrobes, walking round the reception.” Undaunted, he elaborates: “I went for a drink where the performances were, and there was a certain resonance or power to it.”

Inspired by feeling himself on hallowed ground, he sought to share his excitement with the barman, seeking his confirmation that this was, indeed, the space that had witnessed the oddity of Ziggy, or the treason of Dylan. “Yeah,” was the bored reply.

So, what does the future hold for Webster? He intends to revisit the manuscript that brought him the Northern Writers’ Award, and, with his profanity-seeking children in mind: “They’d like to read something I’ve written, so I’ve started working on this story.” The aim is something that would be accessible to adults, as well as children.

Whichever side of the Pennines they live on. And beyond.