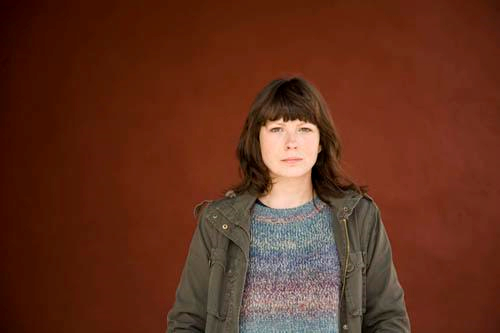 I can’t watch horror films. Not since my teenage years when we used to watch VHS copies of Scream and IT and I’d have to walk a mile home through the darkening countryside, imagining that each sound contained my grisly demise. Fast forward (a few) years and although horror scares me, I’ve become a fan of spookier fiction. From Doris Lessing’s The Fifth Child (don’t read this if you intend on having children) to Shirley Jackson’s We Have Always Lived in the Castle, I’m drawn to unnerving tales with female characters at their core.

Recently, I finished reading The Night Visitors, written by Lancaster-based novelist Jenn Ashworth and writer Richard V. Hirst. Structured as a series of emails between two distant relatives, Alice, a recently-redundant, amateur writer, and Orla, an acclaimed, but reclusive, author, it’s an intriguing tale of ‘ghosts, obsession and inherited evil’ centred around the disappearance of Hattie Soak, a silent film star who fled the scene of a gruesome murder.

Hirst and Ashworth each picked a character and responded back and forth. As such, I was keen to chat with them about this fascinating collaboration about collaborations. As I dial the phone, next door’s cockapoo, Charlie, is barking constantly – apt for a book which makes frequent reference to ‘running with the hounds’. 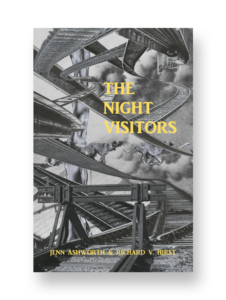 I discover that the novella took nine months to write and, initially, Ashworth penned the character Alice while Hirst captured Orla. After they’d got the narrative together, there was a lot of cross-editing. So, did a project like this require a lot of planning?

I ask Ashworth, who is the author of three novels (A Kind of Intimacy, Cold Light and Fell) if there are any differences between collective and solo writing.

“I don’t really plan so I don’t ever need to explain to someone else why I am doing something, so [collaborative writing] can be quite difficult because it makes you articulate things about the writing process that might be quite instinctive.”

Hirst says: “When we first started, we had quite a loose idea of what we wanted to happen. Initially, Orla was quite a waspish but good-hearted woman who was trying to help this other character get through things, but then as we were editing, we figured out that it would be more sinister if you realised that she was going slowly insane, or had become possessed.

Ashworth adds: “We wanted to get them to swap places so that Alice would become quite frightening, and quite dark and quite selfish, and that Orla, in her illness, would become more vulnerable. We ended up talking about these characters as is they were real. It’s always like that when you write, you always get extremely involved, but to do that with someone else makes it more intense. I don’t think I’d want to write with anyone like this except for Richard.”

In preparation for the interview, and sparked by my own curiosity of medical conditions (if there’s an ailment, I’ll Google it), I researched folie à deux, which, translated, means ‘shared madness’. I’m interested to know if this was a topic that came up naturally during the process, or if it was something that Ashworth and Hirst had been keen to explore prior to writing.

Hirst explains that part of the inspiration came from stories of Third Man Syndrome. “It’s quite common with mountaineers. In his journal, Captain Scott noted that when they tried to cross a difficult terrain, he and his team felt like there was another person with them. We were trying to work out how it might happen. That sort of phenomenon was a galvanising inspiration behind the whole project.”

The pair have written together before, and regularly collaborate on Curious Tales, an independent publishing collective, ‘specialising in the dark and weird’.

“We’d written an online choose-your-own-adventure-style novel set in Preston bus station which was a lot more work,” says Hirst. “We looked at that when we started The Night Visitors and we just couldn’t remember who had written which bit. It’s a kind of spooky thing that happens. There’s lots of the writing that doesn’t seem to be either of ours and takes on its own voice, its own tone, its own register, its own set of interests and themes.” 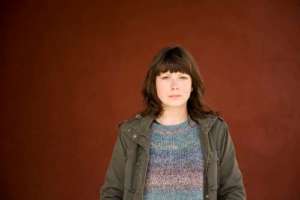 Ashworth comments: “We’d heard the expression of the folie à deux, and we did talk about it. We talked about collaboration and about how we wanted to write together but we wanted to write something about writing together, and about the oddness of it. And we wanted to leave the reader with the impression that the book had been our joint madness. We were looking through this book thinking ‘ok, so whose idea was it to start investigating Hattie’ or ‘whose idea was it that Hattie was living in the film’ or ‘whose idea was it that Finlay is dangerous or that he needs to be brought up to the North?’ and it seems that neither of them can be held completely responsible for everything that happens, that they both hatch it together, and it’s possible that they have both made this up.”

The Night Visitors explores how people become intimate with one another online.

“There are people who use the internet who are very quick to share lots of information and invest in someone and give out their trust,” says Hirst.

It reminds me of MTV’s Catfish – the show where people engage in online relationships with people they’ve never met. In this instance, men and women spill their deepest thoughts to a stranger, believe they’re in love and then find out Sarah 25 from Wigan is Alan, 55, from Skegness. You wonder how it happens.

“The two characters are set up for this scenario in the book,” Hirst says. “You have one character who is trying to seek the other’s approval and attention, and doesn’t have much going on, and then you have the other one who, also doesn’t have much going on, but is quite manipulative and has her own ends that she wants to have met by any means possible. It makes it a lot easier to structure a piece of fiction around that sort of thing happening and it’s a lot more relatable.”

Ashworth adds: “That’s an idea that we really played with because Alice tells Orla some facts about her family and this memory she had of meeting Orla as a child, but really she could have found those facts out anywhere and the memory is a pretty flimsy thing, so there’s no real way of proving that Alice is who she says she is. We wanted to leave a bit of doubt in that as well because that’s the thing with technology, with email and instant messaging, it’s so immediate and intimate but it’s also not.” 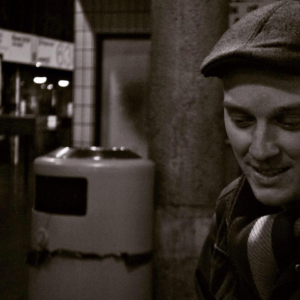 My sympathy shifted and waned as I dove further into the narrative. In the end, I couldn’t decide who, if anyone, was responsible for the situation spinning so out of control. Do Hirst and Ashworth feel the same?

“We were quite deliberate that it wouldn’t be clear whether there was a delusion on one part, or a delusion on both parts, or a shared delusion, or a general supernatural interaction going on, because I think it’s more frightening to have it so and you don’t know what’s taking place,” says Ashworth.

It’s this lack of trust that makes The Night Visitors so sinister. Nothing scares us more than the unknown. As I read (it’s a short book but it’s also incredibly difficult to put down), the narrative played out like a black and white film reel – particularly one scene, towards the end, which takes place on a train – and I’m interested to know if Ashworth and Hirst were influenced by these motion pictures and stories.

Hirst answers first. “The way that most people think of ghost stories and horror is that it’s quite old-fashioned. Ghost stories disappeared with the advent of electricity and lighting because you couldn’t really have those shadows in the corner of the room anymore. Advances in science have made it more obvious that the things we believed in the past are not necessarily true in the present, so we were keen to look at that and come up with something that was frightening and was a ghost story and was a piece of traditional horror fiction, but that was also definitely set in the modern age and references modern technology. I think it’s illustrative that those themes can survive within a more modern sensibility.”

So, what’s next? There’s a new book with Dead Ink, the publishers behind The Night Visitors, planned for next year and Ashworth is working on a collection of personal essays about writing and illness which immediately piques my interest. At the beginning of the interview, Ashworth informed me that she’s in her ‘little shed’. Is she writing that now?

“I am,” she confirms. “I was writing it this morning.”

Cue small squeak of excitement from my end of the telephone.

So, if you’re a fan of horror fiction, and fancy a scare that’ll stay with you long after the last page, you’d be wise to pick up a copy of The Night Visitors. But be warned, you’ll never look at your Gmail account the same way again. 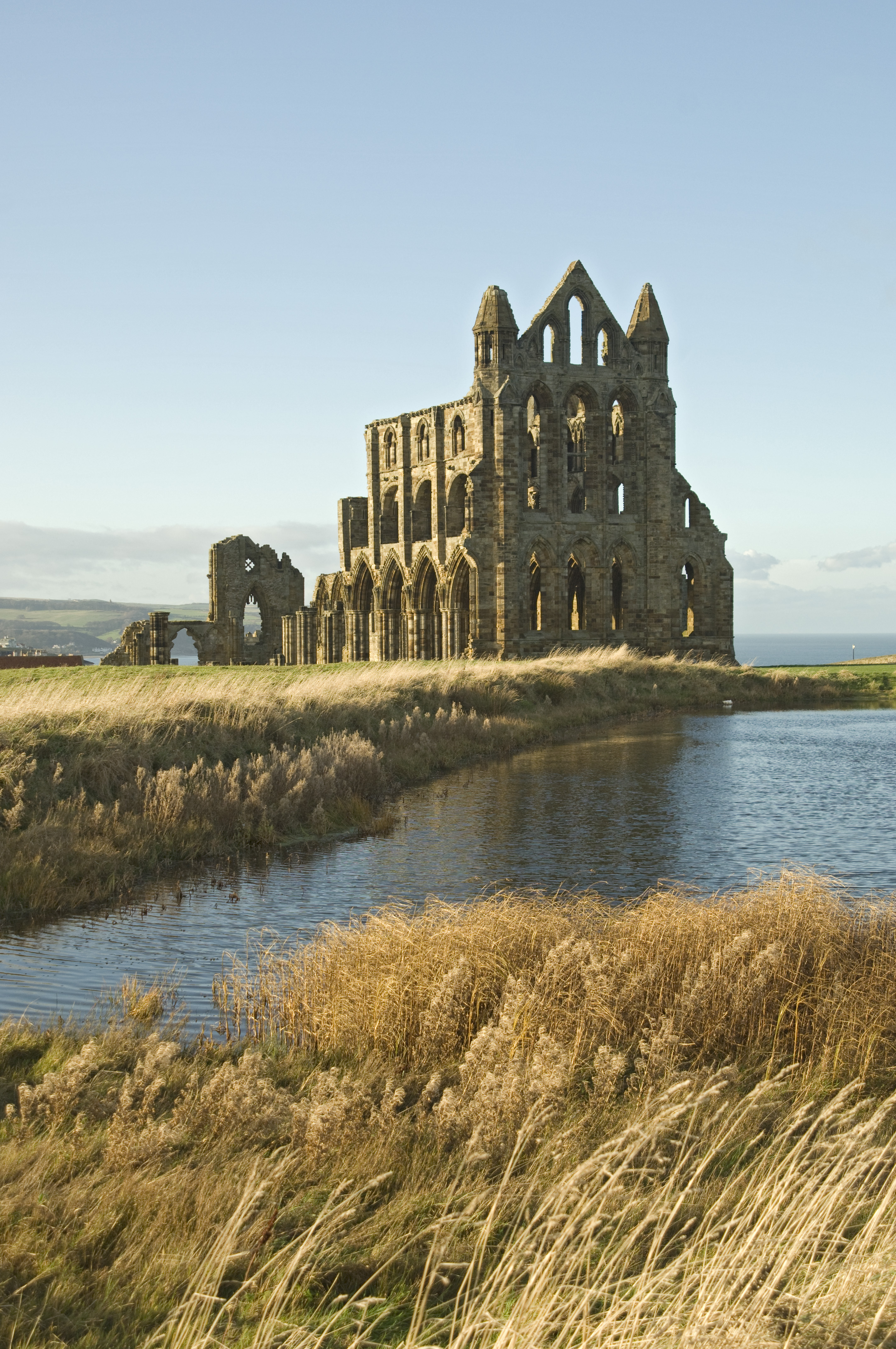 Book review: Irreplaceable – A History of England in 100 Places by Philip Wilkinson 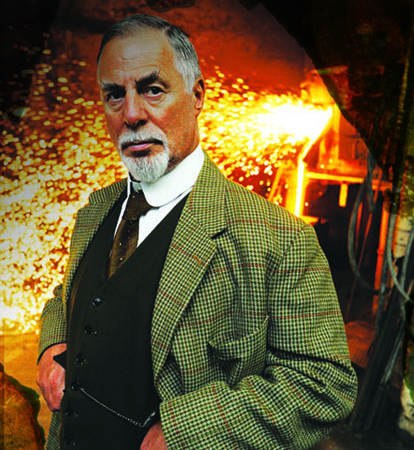 Rutherford & Son at The Lowry, Salford