It’s not often that I’ve bought an album – and subsequently bought into a musician’s entire sound – simply off the back of hearing just one track.

The first time it happened was back in 1993 with PJ Harvey’s Rid of Me after listening to the triumphant 50 Foot Queenie. I played that LP so much I thought curls of vinyl were going to appear as it rotated. In April of this year it happened again, having heard the magnificent Queen by Perfume Genius on 6Music (thanks, Mary Anne Hobbs) – apt in that he cites PJ Harvey as an influence.

Who? What? WOW. Got to hear more of this guy. The subsequent purchase of his third album, Too Bright, came in for a similar amount of welly-ing. Turns out I was remarkably late to the party as Mike Hadreas, AKA Perfume Genius, was already four albums in. In fact, the latest, No Shape, had just been released and he was on tour. No UK dates yet but some in the US and, it just so happens, in Washington DC during May where I was headed to visit my brother. It was a truly wonderful gig, snatching at your breath in the same way wading into icy water does. So, when he finally released the UK dates it was a no brainer – I was going again. 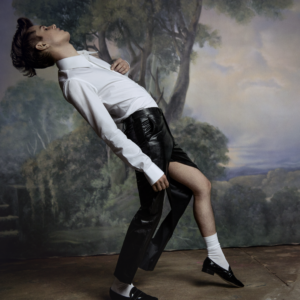 Which brings me to standing in front of Julianna Barwick, who ushers in Hadreas tonight with a hypnotic set of compositions that consist of her other-worldly choral voice and ambient electronic looping synth. She’s a well-chosen, idiosyncratic opener for Hadreas’s work.

There’s something unique about Hadreas. In performance, as well as on record, he simultaneously conveys a touching vulnerability and considerable sass. But many of us can identify with that contradiction in our personalities; a single day can lurch from feeling like you can take on the world to hiding under the duvet with your demons.

And Hadreas knows demons. Initially, he took to expressing himself through music after suffering from depression, anxiety and addiction, and having had a hard time (largely due to the reactions of others) coming out as a gay man.

You can see the trajectory here especially when he revisits earlier work. Returning to the fragility of The Normal Song from the second album Put Your Back N 2 It in a heart-achingly beautiful performance leaves many damp-eyed. By the third album and Queen, he is triumphant and proud. Closing the show on defiant words such as “no family is safe when I sashay”, Hadreas’s long-deserved confidence is evident and the track has been quite rightly described as a ‘fuck you’ to the detractors.

The poppier opening single from No Shape, the fun and funny (check out the video) Slip Away, sees a different Hadreas and provides an upbeat ending the show pre-encore. That contrast in sound is one of the beguiling qualities about Hadreas. 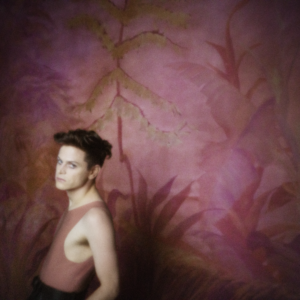 He’s mesmerising to watch, too. Tonight he forgoes some of the fancier stage wear (a corset dress in DC, sequins in many a music video) and performs in a suit, the jacket of which is soon discarded to leave a simple white vest. His display is gorgeously executed as he stretches, shimmies and forms elegant shapes with his athletic form.

And yet, once again, his asides between songs are contrasting – cutely humble while quipping, teasing and warm.

Hadreas is a glorious performer who should by rights be selling out bigger venues. But we’re glad he isn’t as we got to spend an hour or so up close and personal with him in an intimate venue like Manchester’s Gorilla. And for that we are thankful.