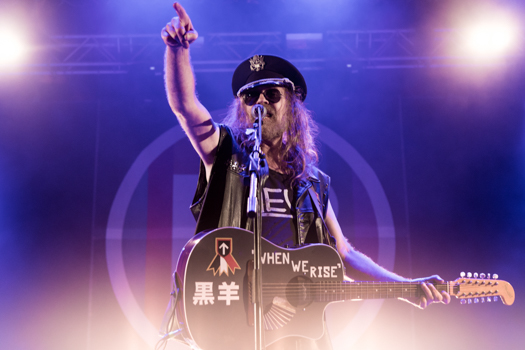 Several years ago, I schlepped from festival to festival with my performance poet boyfriend who was performing at each one. My memory is one of wet tents, horrid Portaloos and fairly awful poetry.

So, with a touch of trepidation, I packed for the Ramsbottom Festival hoping to heaven for clement weather, plenty of loo roll, and an absence of rhyming couplets by white men sporting dreadlocks.

Fortunately, Ramsbottom – or Rammy Festival as the locals call it – is an intimate, family-friendly, trouble-free joy. Set in the grounds of the local cricket ground, the four stages house music for all tastes and ages. The line-up across the three days includes everyone from household names to local bands and, with enough food vans to eat your own body weight in eclectic global goods as well as eccentric street theatre performances popping up here and there, there’s a marvellously laid-back, unpretentious feel to it all. 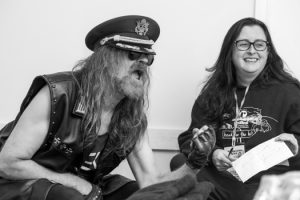 As the editor of Northern Soul goes off to interview some of the headline acts, I mooch around the smaller venues and check out what else is on offer.

Friday night presents a mixed bag on the Smaller Rooms Stage. First up are Larkins, a Manchester four-piece encompassing indie and rock ‘n’ roll. In a fairly packed tent, they thrash out their catchy, fist-pumping songs to an enthusiastic audience. The band are currently unsigned but I have a feeling this won’t be for long. Over on the new By the River Stage, Ukepunk – yes, they play punk with a ukulele – sing songs from their 2014 album, Punk Police. As Ed Tudor Pole says, “it just shouldn’t work, but it does”. Also playing on Friday is the fabulously forthright arch drude himself, Julian Cope, as well as The Slow Readers Club and Public Service Broadcasting. I’m sure none need introduction and all blow my tiny mind. They have a similar effect on the thousands of other audience members easing themselves into Rammy Fest.

Saturday has an impressive 26 bands playing throughout the day, culminating in headliner Gaz Coombes who most will remember from his Supergrass days. For me, though, the fun starts with Welsh indie-roots band, Rusty Shackle with their mix of fiddle, guitars, drums, trumpet and banjo. The band are eclectic and for a newbie to their music, seeing them play tracks from their three studio albums, this is the best initiation.

Also playing during the afternoon is, among others, Bolton-born James Holt, demure Manchester-based The Travelling Band and the charismatic, often hilarious, Beastie Boys-esque Burgundy Blood. Dermot O’Leary favourites Cattle & Cane play the main stage – a sibling foursome (plus drummer) and the most gorgeous-looking band on the planet (possibly). 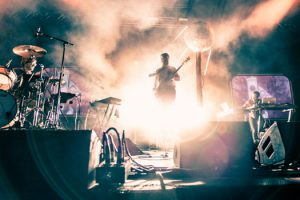 On the Sunday, the day kicks off for me with Adam Holmes & the Embers. Holmes chimes out some big 80s Americana, replete with wafts of Springsteen and Paul Simon as well as a firm trad-Scottish root. At the same time, over on another stage, Manchester band Gorilla Riot are playing their 90s sounding grunge. Ever heard of Stiltskin? Yeah, that.

I also catch a wee bit of Sound of the Sirens – a female folk-duo described as foot stomping and tear jerking, as well as Feed the Kid who are warming up. On  my way to grab a Burrito Boys gigantic chicken burrito (highly recommended), both are sounding terrific.

After satiation, and Silver Street Brewing Company’s own Festival beer, I head to the Hills Stage to catch Gordie MacKeeman & His Rhythm Boys. I’ve never heard of them and some of you may not have either but, boy, once you have, this Canadian band is hard to forget. Hailing from Prince Edward Island (I know, where, right?), the folky, fast, funny four-piece are extraordinary, entertaining and, if I ever own my own venue (I won’t) these guys are playing at the launch. 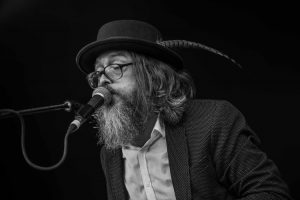 Other notable highlights include bluesy Willie and the Bandits, the angsty Lanterns and part-Elbow trio The Plumedores. It goes without saying that the headliners of the evening, Fun Lovin’ Criminals, put on a cracking show and it’s worth remembering that frontman Huey Morgan can play guitar really bloody well. But, for me, the stars of the whole event are nonpareil talents, Smoove and Turrell, the North East’s finest funk and soul collective. To turn a gal on to this genre of music is a big ask (I’m a folky, musical theatre, Beatles and Bluegrass junky) but they did, in spades. Have a listen, go see them live and, as lead vocalist (wow, what a voice) John Turrell says to a mesmerised audience, “buy the records from us, so we make the money and not Apple”. Good shout. Do that for all the bands you love.

At Rammy, I discovered new sounds, rekindled passions for old favourites, ate, drank, danced and met some gorgeous people. And, perhaps most importantly, the tents were dry, the loos were clean and the music was sweet, sweet poetry.