Imagine that you’re so moved by a performance that you get up out of your seat, raise your arms in the air and dance around exuberantly. Members of the audience join you, dancing at the front of the auditorium as others encourage your progress by loudly clapping, cheering and whooping from their seats.

A young girl stands up and embraces the dancing – as self-conscious as any teenager initially – but soon forgets herself in the music, beaming as she claps along.

But this is no ordinary music venue. It’s a place where people tend to nod along to the music, tapping their feet on the floor or clapping their hands. They can be moved to a standing ovation and a whoop or two. This is the Liverpool Philharmonic Hall; a cool Art Deco space that does not usually witness such events. There was a hint of the extraordinary concert ahead when there was a standing ovation before most of the musicians had even played a single note.

The scenes of sheer joy on St George’s Day at the Orchestra of Syrian Musicians concert are some of the most spontaneous and happiest I’ve ever seen. I found myself belly laughing with delight and I will never forget the moment as the traditional Oriental music played on.

I’d really been looking forward to this concert anyway having interviewed classical singer Hamsa Mounif and violinist Tarek Zaidieh prior to the event. They’d described their passion for music and how they now live in the UK and have adjusted (successfully) to life here. 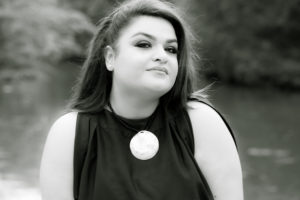 The Orchestra of Syrian Musicians was formed two years ago when 50 musicians and singers were reunited by Africa Express. They were the opening act on Glastonbury’s Pyramid Stage and an album was received with widespread acclaim.

The Liverpool event began with a powerful video montage of vox pops from ordinary people talking about what St George’s Day means to them. People talked of the guilt and shame associated with the date and unfortunate links to racism. In recent years, it’s become something of shorthand for the twisted rhetoric of the far-right.

But the orchestra and musicians from the Liverpool Royal Philharmonic Orchestra ensured that it was claimed back for the better good.

Damon Albarn bounded onto the stage and spoke of playing his music in Damascus with the Gorillaz. He was greeted with uproarious cheers. He told the audience that the musicians from the orchestra had left Syria “not out of choice but necessity”. Yet somehow, he added, they are still able to perform their music.

He spoke of St George growing up “somewhere near the Syrian border” and his story being embellished about killing dragons. Albarn said dragons represented “fear and the unknown”. He’d like to see the English celebrating St George’s Day and “not to be fearful of the outside world”.

Mounir Troudi was unable to perform on the night, but Albarn performed the “most British of songs” called Apple Carts, a simple acoustic song accompanied by some of the string musicians. While the traditional Oriental music played, there were images projected on a large screen on the stage. They included a globe, three people bearing torches and a bombed building block being lifted into the sky by hundreds of balloons and an abandoned building overgrown with foliage. 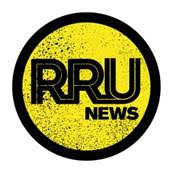 The powerful imagery was thought-provoking, yet simple.

The Rapid Response Unit will continue to work in a year-long project to inform and educate. If this event is anything to go by, it will be a fascinating year ahead.

Both Hamsa and Tarek had expressed their excitement and anticipation about performing in Liverpool on Monday night. I think it’s fair to say that the city and its people did them proud.