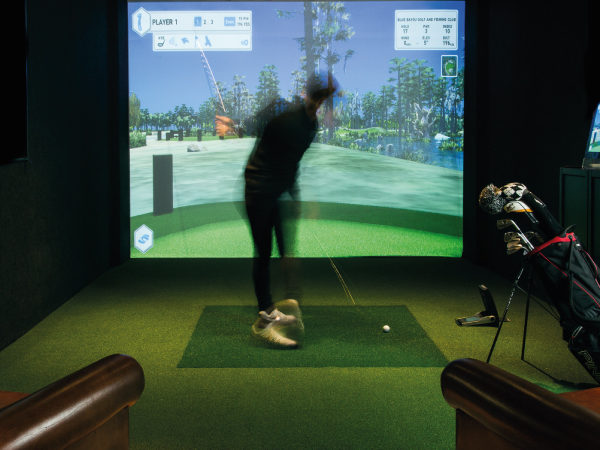 “I don’t get it.” During me and my dad’s 90-minutes at The Range in Spinningfields, this was the most oft-uttered phrase. I was foxed by the rudiments of golf while my dad was baffled by the software. To be honest, it’s a miracle we finished one game, and that was only nine holes. 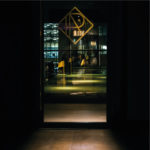 “It has to be said that you’re pretty hopeless,” muttered my dad as I attempted to dig my way out of the sand for the umpteenth time. “Yeah, well, you’re, um….” But no pithy comeback came to mind. I was so frustrated that I lost the ability to scold. In hindsight, it was probably for the best. Nobody wanted a re-run of Christmas 1992 and the Pictionary debacle. 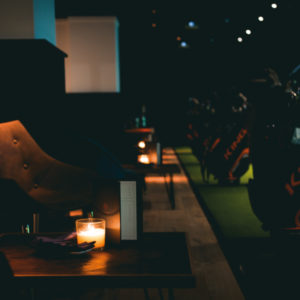 And, yes, OK, I wasn’t exactly giving Tiger Woods a run for his money (he’s a golfer, right?). But allowing for the fact that I’d never picked up a golf club before, I thought I did pretty blimmin’ well. I hit the ball almost every time. If anything, setting up the tee for each shot was more of a challenge. And I blame me dad for choosing the Pebble Beach course, home to the recent US Open. “Oh, I see you’ve picked the most difficult course in the world,” said the manager. I’m storing that little nugget up for this Christmas. I’ll be taking no prisoners when we break open the obligatory board game.

Still, on a rainy day in central Manchester, this was enormous fun. With table service, comfy sofas from which to gently chide my dad on his shots, and the new knowledge that someone readying themselves to swing looks exactly like a cat about to pounce (wiggly bum, anyone?), The Range is the perfect indoor activity, and one which combines sport, alcohol and, if you fancy a trip to its restaurant (Albatross & Arnold), proper good food. That’s the holy trinity right there.

Still, the day served as a stark reminder that Northern Soul writers shouldn’t be let loose on indoor activities. I think we’re still the worst-scoring team in the history of The Crystal Maze and, as one of my team had it on the day, “I don’t understand.” 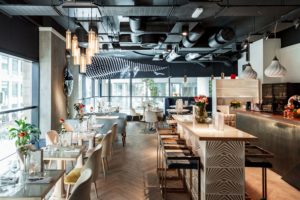 The Range is a private members’ club but non-members can book and try the simulators from £75 per hour (for up to six players, golf clubs and balls included).