The Hallé Orchestra and the Hallé Choir came together in Manchester recently to deliver a performance of epic proportions in a highly accomplished presentation of Strauss’s Also sprach Zarathustra and Janácek’s Glagolitic Mass.

First up was Also sprach Zarathustra (Thus Spoke Zarathustra), first performed in Frankfurt in 1896. Strauss, whose career straddled both the late Romantic and early modern eras, was inspired to write this, his sixth tone poem, by Friedrich Nietzsche’s philosophical treatise of the same name. It’s difficult to overemphasise just how popular Nietzsche was in the fashionable salons on the late 19th century, or just high influential Thus Spoke Zarathustra was and still is in both the arts and academia.

The piece opened with the stunning fanfare Sunrise, familiar to many as a result of its use in Stanley Kubrick’s 1968 film 2001: A Space Odyssey. Once ignited the sheer thrust of the fanfare rapidly propelled all present into orbit with the thundering musical equivalent of a Saturn V Rocket. With orbit achieved we were held aloft only by gentle, graceful, weightless notes that in turn gave way to further sudden thunderous shocks as the orchestra’s mighty engine repeatedly reignited. 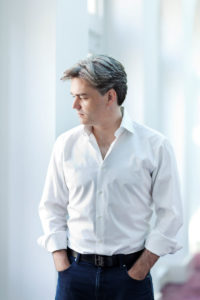 Thus spoke Strauss, and what was he saying? Well, it has to be in part ‘look at me, look what I can do with an orchestra’ but oh boy can he ever do it, the old show-off. In that process, Strauss challenged every part of the orchestra, demanding the best from every section, and the Hallé proved more than equal to the challenge.

Next up was the Czech composer Leoš Janácek’s Glagolitic Mass which, like Strauss’ Zarathustra, also employs every part of the orchestra but at the same time placing exacting demands on the full accompanying choir and soloists.

Janácek was an established international star when, late in life, he began composing his Mass, and critics from across the world were in attendance for its 1927 premiere at Brno. It was a success right from the start and it’s not difficult to see why. The underlying complexity of the piece, and the success in which a work of both great power yet subtle elegance is produced, reflects a lifetime’s experience of working with orchestras and choirs on Janácek’s part.

With more than 200 musicians and choristers on stage this was clearly intended as a showpiece, main-force action from the Hallé, meticulously planned and rehearsed, and the evening was so strewn with bravura performances that it’s difficult to know where to begin. 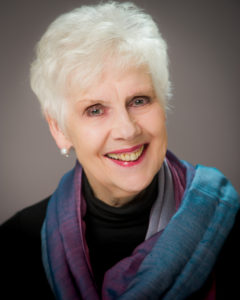 Time and again, section after section in the orchestra delivered the kind of fine, accomplished performances that have for years now firmly elevated the Hallé into the status of a world class orchestra. All through the evening the Hallé’s assistant conductor, Edward Gardner, expertly drew the best from the orchestra and Hallé Choir, and under the direction of Matthew Hamilton delivered a stunningly powerful performance. The four soloists, Sara Jakubiak (soprano), Dame Felicity Palmer (mezzo-soprano), Stuart Skelton (tenor) and James Platt (bass), each delivered skilfully commanding performances, performances so perfectly in sympathy with each movement of the Mass that surely Janácek himself would have been breathless with admiration.

But special mention must go to Darius Battiwalla on the Bridgewater Hall’s magnificent pipe organ, the largest instrument of its kind to be installed in Britain for almost a century. Battiwalla’s performance throughout the evening was superb and both his Sunrise in the first half, along with his solo in Janácek’s Mass, with live long in the memory of all those present.