Polly Checkland Harding August 11, 2018 Arts, TV Comments Off on Set on fire and fighting with Wonder Woman, it’s all in a day’s work for stunt coordinator Justin Pearson 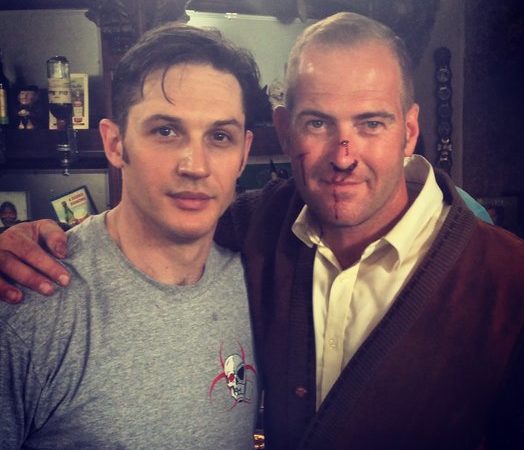 There is footage of Justin Pearson jumping out of a window, covered in flames from head to foot and having a table kicked at him by Wonder Woman.

Pearson doesn’t have a run-of-the-mill job. A professional stunt coordinator with more than 20 years’ experience in the industry, Pearson has won three Screen Actors Guild awards for his work on films including Spectre, The Dark Knight, Mamma Mia and the forthcoming Mary Poppins Returns. Having begun life working with horses, he formed The Knights of the Damned, an award-winning modern day jousting stunt troupe, and later came to Manchester to train as a stunt professional. Now he’s set up office at the city’s The Sharp Project, with his company Pearson Stunts offering stunt services to TV, film and commercial shoots. We spoke to him about the move, and the life of a stunt coordinator.

Northern Soul: What made you decide to set up an office at The Sharp Project?

Justin Pearson: I live in Shropshire and with the amount of work I was doing in the North West, it just seemed logical. Pearson Stunts’ services are quite specialist so to have a go-to place for TV and film production companies on their doorstep, instead of bringing in companies from overseas, it made sense to have a presence at The Sharp Project. We moved in in January at the same time as I started working on the Sky series Curfew at Space Studios – doing some stunt driving, stunt doubling, some coordination – so it worked really well in that respect.

NS: What’s the most interesting production you’ve worked on in the North West?

JP: I’ve worked on Peaky Blinders and I’ve stunt-coordinated a TV series called Broken starring Sean Bean – I oversaw the stunt elements of that series. There was a sci-fi film called In the Cloud, which was shot in Manchester. That was mainly the actors punching the hell out of each other, which has to be carefully rehearsed.

I’ve been a stunt coordinator now for three years, I’d look at films but I really want to go down the TV series route. The main reasons are that it’s better paid – but that aside, you have more of an artistic license as a coordinator, you travel a lot more, work at different locations. On films you can be stuck in the same studio space week after week.

With the onset of MediaCityUK and places like that in Manchester, the city is a real hub for TV and film production. You have the old stalwarts, but a lot of great TV series have been shot in Manchester over the last few years, and with Pearson Stunts it’s just great to be in amongst it.  You name it, anything action related, we can deliver it. 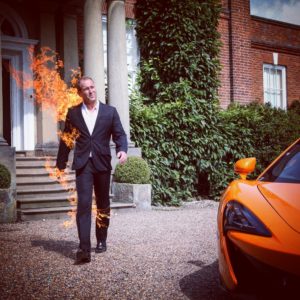 NS: Let’s talk a bit about your own training.What did this involve?

JP: I trained in Manchester. There’s the British Stunt Register, and you need a minimum of six different sports to a leadership standard. You need a martial arts to a brown belt, an agility sport – so gymnastics, trampolining or high diving – and a water-based sport, which could be scuba diving or swimming. The British Stunt Register is what we belong to and they control applications. It was an elite industry, one that was cloaked in shadow for many years, but it’s becoming more transparent. It’s even harder to get through the levels now though.

I trained in 1999 when there were none of the facilities in Shropshire, so I had to move to Manchester. I did fencing in Stockport, scuba diving in Reddish – well, not literally in Reddish – although actually there’s a reservoir there. I did the horse training in London. Ideally you need to be going to set-ups and establishments that are tuned in to what you need as a stunt performer. If you’re training with other like-minded individuals who are after the same goal, it’s good to go to the places that have had a few experienced people through.

NS: How did you work your way up?

JP: To move from probationary to intermediate has criteria, and again from intermediate to being a full member – you have to demonstrate that you’ve been a stunt performer in all the different types of performance. On Curfew I was brought in to work for Mark Mottram, who’s a fellow stunt coordinator, we have a good relationship. I’ve been working on car crashes – there are eight in the show, and I did seven of them. It’s a case of somebody joining the register, but getting a look in on something like that at first would be slim. You have to wait your turn. But then there are films that need 20 to 30 performers on a battlefield at any one time, you could be a passenger in a car, that sort of thing. And also you have to take your chances. If you’re offered a job and it’s a tricky stunt and it doesn’t go as you expect – how shall I put it – the phone won’t be ringing afterwards. It’s a dog-eat-dog world.

NS: What’s your favourite stunt to perform? And which is the most challenging?

JP: My background is horses, but I didn’t want to get stereotyped. I like crashing trucks and big vehicles, it looks impressive and it makes a nice loud bang. Horse stunts are the hardest to perform – things with vehicles are more of a point and click. I’ve done quite a bit of fire work. I’ve had 25 to 30 years with swords, putting fights together with actors, I’ve done water stuff, wires. I try to be quite general with my stunt work. 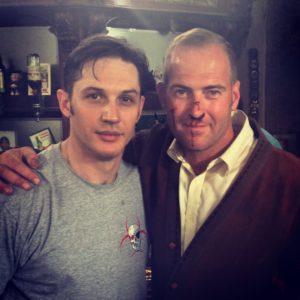 NS: What are some of the most unusual techniques you’ve learned as a stunt performer?

JP: There’s a set formula of safety with a fire stunt – fire underclothing, Zel Gel, which keeps your skin cool, and beforehand it needs to be rehearsed dry. There’s a safety team, and it has to be meticulous. I’ve been burned before, it’s something that can’t be reversed once you get going. What’s needed depends on the action, on breaking down what’s in the script. It could be somebody throwing a Molotov cocktail that explodes at someone’s feet, setting them on fire, it depends on the script.

NS: Have you noticed any cultural shifts in the industry? Are actors doing more or fewer of their own stunts?

JP: It’s a bit of a myth really, stunt actors doing their own stunts. At the end of the day, they’re the face of the film, if they get injured the whole production comes to a halt. Actors are the worst for saying they can do things that they can’t – especially where horses are involved, they say they can ride and joust. They’ve said they can do things to get the job, and then it turns out they can’t.

NS: What level of physical fitness or ability is required by the job?

JP: As a probationary stunt performer, you need to be in good physical condition. I think that’s one thing that’s shifted over the years – footballers, rugby players, they’re all becoming fitter, and it’s the same with stunt men. Back in the day, in the 70s and 80s, they’d perform the stunt and then go out on the lash, though that does still happen. I’d say you need to be in better physical condition as a probationary or intermediate than as a full member. You also advertise yourself as a certain look and at a certain weight, so you have to stay within the realm of that. It’s harder for women, because stunt women come in to double actresses, and actresses might not be wearing as much clothing as leading actor, bearing in mind stunt women still have to get safety padding in under that costume. It’s definitely a harder gig for women.