The Manchester restaurant tackling the stigma of breastfeeding in public

Karen Connolly August 9, 2018 Enterprise Comments Off on The Manchester restaurant tackling the stigma of breastfeeding in public 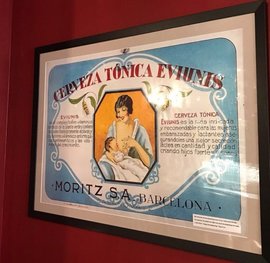 Breastfeeding. It’s always been something of a taboo subject in many ways. For a new mum “should I breast feed or not?” and then “can I do it in public?”

And for those who choose not to, whether they simply can’t or just prefer the bottle, they’re often regarded with disdain. Lacking in ‘mother earthliness’, so to speak. But for those women who do breastfeed it seems the stigma attached to nursing in public simply won’t go away.

World Breastfeeding Week has just ended and, following the recent Channel 4 Dispatches Breastfeeding Uncovered, social media has been flooded with mothers posting their breastfeeding photos and sharing pretty grim tales of being chided for doing so in public.

But not in Manchester.

City centre restaurant Lunya in Barton Arcade offers breastfeeding mums a free drink when they’re nursing their babies in the Catalan restaurant and there’s artwork all around to advertise it. Owner Elaine Kinsella breastfed all three of her children and says it’s important to support breastfeeding mums and ensure they feel comfortable feeding in the restaurant. 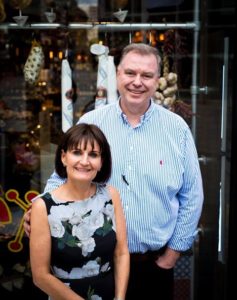 “We have offered a free drink for breastfeeding mothers from the day we opened,” she says. “It’s the most natural thing in the world and I want mums to feel happy while they do it without any pomp and fuss – just like in Spain.”

Kinsella’s move to support nursing in public comes from memories of the cruel comments she received when she did it back in the ‘90s. “I was in an airport breastfeeding my son and a woman walked past and remarked very loudly how disgusting I was. Bearing in mind I was completely covered up and no-one could see anything, I was baffled.

“I went into the Ladies and sat on the counter – I wasn’t going to feed my baby sitting on a toilet – and another woman came in and said exactly the same thing. It was the venom in their voices. Unbelievable.”

Britain still has some of the lowest breastfeeding rates in the world with just 34 per cent of babies receiving breastmilk at six months of age, compared to 62 per cent in Sweden. 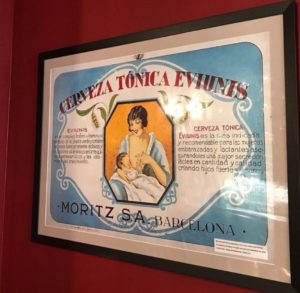 But is it surprising?

Women who do nurse in public still, in 2018, find themselves in the headlines. Surely, it’s time that social attitudes to breastfeeding in public should change? Kinsella agrees: “It’s a woman’s choice as whether she uses the breast or the bottle but whatever she decides, she should be able to do it in public. “We get lots of positive feedback in Lunya about this from all our customers and we are proud of our commitment in this respect.

“And,” she adds, “it can only encourage family dining, and that’s only a positive.”