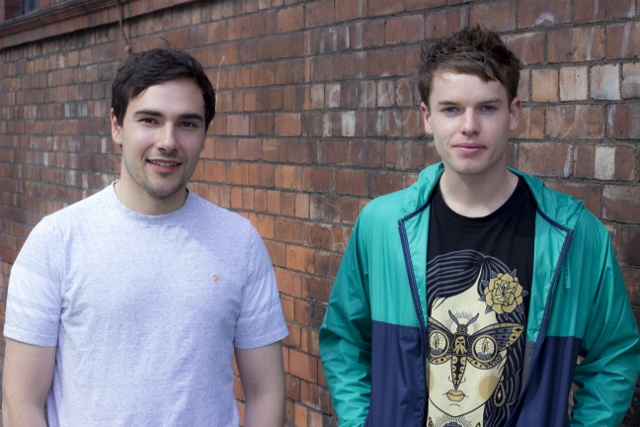 In the third part of our series showcasing the craft breweries of the North of England, Guy Kilty talks to student home-brewers turned serious players, ShinDigger.

Four years ago, ShinDigger co-founders Paul Delamere and George Grant were brewing American-style craft beer in their student house in Manchestesr’s Fallowfield and selling it in kegs at house parties. Now their beers are sold across the city, as well as in Liverpool, Birmingham and London – and they’re looking to expand.

“We didn’t know anything when we first started,” Delamere tells me in their office at Hello Work, part of the Old Granada Studios on Atherton Street. “We just thought we’d give it a go. Once we started brewing, though, we really started to get into it and it snowballed from there.” 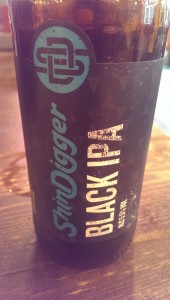 They certainly know what they’re doing now, with a core range of six beers and a plan to push their brand forward in Manchester and beyond via collaborations with other breweries and local artists, as well as curating their own events.

The pair’s first brewery collaboration was with First Chop Brewing Arm last year, and their first with an artist is scheduled for this Summer. Manchester-based electronic music producer Werkha is releasing an album, and to coincide with the release there’ll be a limited edition ShinDigger vs Werkha beer.

“The album is all about Manchester and we’re trying to take it and condense it into a beer,” Delamere explains. “We’re taking traditional red ale and adding the big American hops. Like his album we’re paying homage to Manchester.”

On top of the collaborations (Werkha is lined up to be the first of many), Delamere and Grant want to curate events that create experiences for their customers. They don’t just want to be a font on a bottle; they want to make the ShinDigger brand tangible.

A semi-permanent bar in the city centre is a possibility, as are shindigs which will combine theirs and other locally-produced beers with food and music.

“They’re not going to be like a beer festival in a town hall, or like Indy Man Beer Con – that’s all about niche and quirky beer and talking about the beer,” Delamere explains. “We want to have more of a party. You’ll still go there to enjoy the beer, but you won’t go there to talk about it.” 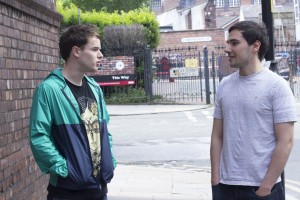 With the success of the products and the big plans for the future, it’s amazing to think that ShinDigger doesn’t have its own brewery. All of their beer is contract-brewed at Tractor Shed Brewing in Cumbria, and before they established that relationship last year the beer was brewed in Bury and Yorkshire.

So do they want to get their own brewery?

“At the moment we’re not in a rush,” Delamere says. “It’s working out really well with the contract brewing for now. We want one eventually but we’re going to see how things go.”

One thing that could speed things up on that front is investment. The duo have already secured some private equity capital this year (and that could grow if certain targets are met) and have just established a relationship with new kids on the block Alphabet Brewing Company, which means they’ll use part of their site as an operational base.

All those factors mean expansion in the future is a possibility, but for now it’s about making a connection with customers.

“The whole company is based on the fact that we think some of the best times you have are sitting around with your mates having a beer, and we can make the perfect beer for that moment. Now we want to try and own the whole experience.”