Alfred Searls June 29, 2013 Art, Arts, Duckspeak Comments Off on That’s Where Danger Mouse Lives, That Is 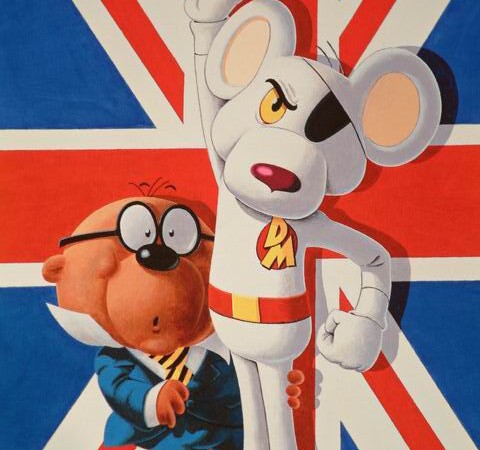 Some experiences simply make you smile. If you’re lucky that smile won’t have been raised at someone else’s expense or require cynicism or guile to be unlocked. And, if you’re very lucky, it will last. I was lucky in this way earlier this month when I was afforded a sneak preview of the Museum of Science and Industry’s (MOSI) new exhibition ‘Creating the Illusion: Animation in the North West.’ You see, I was able to reacquaint myself with a lot of childhood friends with whom I’d largely lost touch; but perhaps you know them too?

Sound familiar? It should do, because I’m almost certainly describing a big part of your childhood and, if not, then you’ll doubtless find it elsewhere in this exhibition where, among others, you’ll encounter Bob the Builder, Count Duckula, James and the Giant Peach and practically all of Tim Burton’s animated characters. Although it’s only a small one room exhibit, the curator, Jan Hicks, has made the most of the available space and the story of animation in the North West is deftly told, from its earliest origins represented by a beautifully preserved Edwardian Magic Lantern, through to the characters of Toby’s Travelling Circus – the latest in a long line of stop-frame animated success stories emanating from the region, this one from Mackinnon & Saunders whose studios are to be found in Altrincham.

But the puppets and their cartoon pals don’t completely steal the show (although doubtless Baron Greenback tried), as the talented human touch that brought life to so many of our childhood favourites is also featured. Take Bridget Appleby for example, recruited out of art school to the ground-breaking Granada Graphics Department in the late 1960s. On the day of my visit Jack Kirby, head of collections at MOSI, told me: “Granada wanted something different from its new graphics department, and that meant not hiring people who had worked for the big studios in London. So they tended to go with their gut instinct and recruit straight from art schools” – a very smart move indeed. 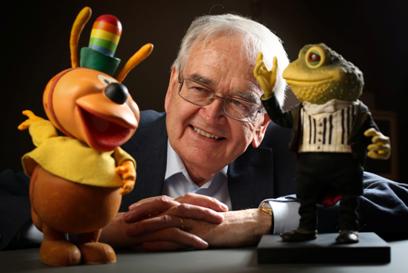 While at Granada, Bridget met the likes of Mark Hall and Brian Cosgrove, later joining them at Stop Frame Films and then after that at Cosgrove Hall; and the story of animation in Britain over the past 40 years can’t possibly be told without telling the story of Cosgrove Hall. The two first met when they were students at the Manchester College of Art and Design and after Granada they would form a partnership that produced some of all-time classics of both children’s television and animation in general, which are still watched in more than 80 countries today.

Cosgrove Hall was once Europe’s largest and most prolific animation company which, at its height, employed some 250 people at its studios in Chorlton. As a child I would enthusiastically point it out to friends, saying: “See that? That’s where Danger Mouse lives that is.”

Alas the company is no more, having been gradually moved ‘in-house’ by ITV, and the Chorlton studio was finally closed in 2009; decisions which I personally think were the giddy height of foolishness but, then again, these were the people who gave the world ITV digital. But fear not as the good work goes on in a host of other companies around the region, which you’ll find out for yourself if you pop along to the exhibition: it runs until November 2 in the museum’s 1830 warehouse.

It’s great to see MOSI, a much loved and vital part of Manchester and the North West in general, regularly getting its collections out in front of people like this, and smuggling knowledge into us amid all the nostalgia and smile-inducing artefacts on display. The staff at MOSI are quietly confident about the future of the Museum in the face of what – it has to be said – has so far been mere speculation about the closure of one of the Museum Group’s sites due to future budget cuts. However, I for one shall be extremely animated indeed should talk ever turn into something more substantial and, like many others, I’ll be marching on London, pitchfork in hand and toting a flaming torch, like an angry villager setting out for Castle Duckula on a dark and stormy night.

But in the meantime why not pop in and say hello to some old friends, and maybe learn a thing or two along the way. And be sure to tell your friends too. 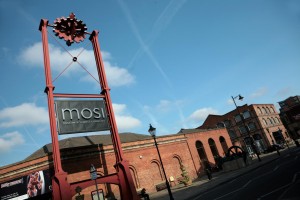 What:  Creating the Illusion: Animation in the North West

Where: The Museum of Science and Industry, Castlefield, Manchester