The Late Shows in Newcastle and Gateshead

Maria Case May 23, 2014 Art, Arts Comments Off on The Late Shows in Newcastle and Gateshead 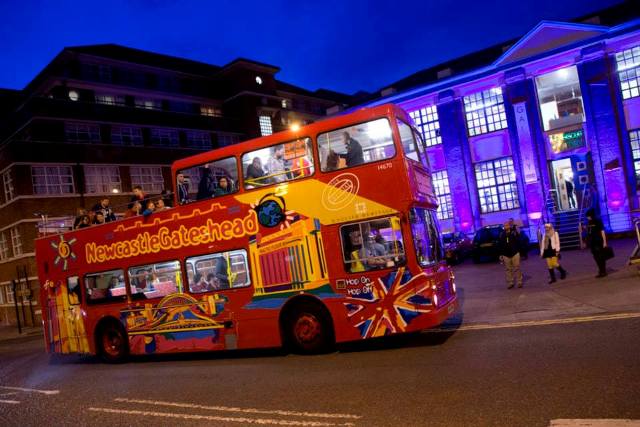 Weekends are a big deal in Newcastle and Gateshead and the last one was no exception. A celebration of culture dominated with a slew of artists’s studios, galleries, museums and theatres staying open until late into the evening.

The Late Shows began in 2007 and since then the popularity of the event has grown, with the number of venues participating reaching 50 this year. As a second year student in Newcastle, this weekend was my first Late Shows and I was impressed. As I arrived at Baltic 39, I was given a map and a glow stick so I could find my way around, as well as lots of information about the open top buses which were providing transport between galleries throughout the evening.

Baltic 39 is a fantastic show space for local, national and international artists – and also for students. Baltic 39 is in partnership with Northumbria University and so the students have a presence in the building, too. The main exhibition was centred on ideas about the enduring presence and impact of the moon on artists, the first moon landing and conspiracy theories surrounding these concepts. 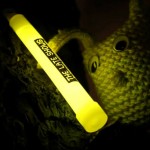 They Used to Call it The Moon is a group project curated by Alessandro Vincentelli with many venues across the city contributing to the exhibition, including screenings of documentaries about astrology at Tyneside Cinema and a stargazing field trip from the Baltic in Gateshead. I spoke to Hannah Marsden, adult public programmes assistant at Baltic 39, whose main role is to encourage activities which promote different ways for audiences to engage with exhibitions. Inspired by the moon-themed exhibition at Baltic 39, there were sci-fi board games around the show – space which aimed to give another entry point into the exhibition. There was something rather organic in the atmosphere at Baltic 39; to keep up with the moon theme, Baltic 39 employees were wearing tin foil accessories and one unfortunate member of staff was walking around with an upturned silver colander on top of her head. 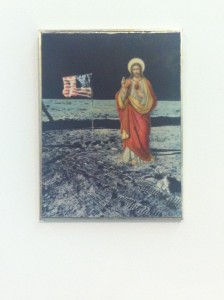 Northumbria University students had also opened up their studios in Baltic 39 with some artists showing children how to make pottery. All of this added to Baltic 39’s aim to demystify the art-making process, especially as audiences were able to have one-to-one discussions with the artists themselves. I had a chat with Holly Hendry who, having been awarded the Woon Tai Jee Fellowship, has studio space in Baltic 39 where she is currently working towards her solo show. Having graduated in London last year, she was also experiencing her first Late Shows; when I asked about her first impressions of the weekend she was immensely positive, saying “it’s great that people are able to see work in progress, that’s not something many people can usually experience”.

One thing I noticed throughout the evening was the dynamic of The Late Shows‘s audience. There were people of all ages attending which further emphasises the principle aim of such events to promote art to every part of our society. Marsden was keen to talk about this and said: “The Late Shows is a key event in the cultural calendar in the North East and generally there is a buzz around town when the weekend arrives. It’s truly a celebration of art and culture which attracts such a mixed audience. This is the second year that Baltic 39 have participated in The Late Shows and we’ve noticed there are lots of families at the start of the night and then the audience changes to be more representative of the ‘ fun fashion friends’ dynamic later into the evening. The whole infrastructure with the buses, maps and glow sticks help to bring everyone together and helps The Late Shows to consistently be successful. There is a real sense of community and everyone is celebrating not just culture, but they’re celebrating being part of the North East, too.”

After going to Baltic 39 and the Baltic in Gateshead (the Lorna Simpson exhibition is particularly good and well worth a visit – it’s on until June 22, 2014) I went over to Toffee Factory, a short walk along the quayside. I’d never been to there before but I’m so glad I ventured over. What promised to be a night of “vintage glamour, killer cocktails and sounds of swing” certainly didn’t disappoint.  There were cocktails, gourmet street food and afternoon tea for refreshments with dancers dressed in 50s’ costume teaching the Charleston to hoards of couples. Inside Toffee Factory, there were many vintage clothing pop-up shops, photo booths and shoe-shine boys to delight people who wished to be transported back in time. The atmosphere throughout was one of heady excitement, which was probably helped by sunshine from the afternoon continuing until the evening. The sunset over the quayside was glorious and everyone I met was looking forward to fulfilling the promise of a good night offered by The Late Shows.

Just one negative: there wasn’t enough time to properly explore all of the exhibitions. I only managed three of the events and, before I knew it, it was 11pm and time to go home. However, I had a wonderful evening and I can’t wait to see what next year’s Late Shows have in store.

For more info about The Late Shows, follow this link www.thelateshows.org.uk/home.html