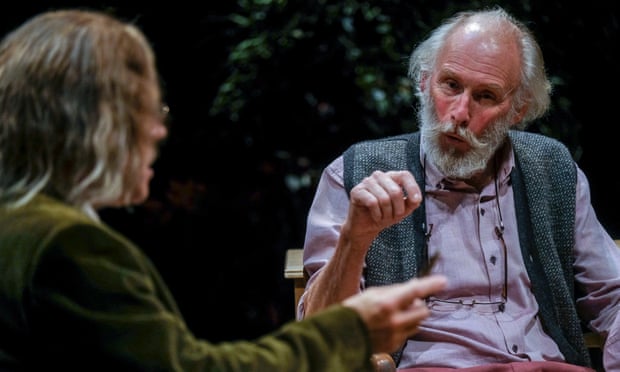 A strange thing happens when you’re a writer. You end up existing between worlds and can be simultaneously in a summer house/writer’s shed on a warm summer evening and outside the house of a murderer in pitch black, solving a kidnapping case. So it is with Algy Waterbridge, novelist and curmudgeon, working on his 13th novel in the DCI Tommy Middlebrass series, while his PA, Thelma Bostock, and his wife Jessica interrupt regularly, causing much Fawlty Towers-style expletive laden rants. I felt myself sympathising with Algy, to be honest. There’s nothing worse than having your train of thought interrupted at a crucial stage in a writing project.

The play focuses on the power of the pen and how one person’s perspective, if it reaches enough people, can change the course of a life. After an interview with an inept journalist, a story appears in a national newspaper which seems to end not only Algy’s career but his life, much to his surprise. However, the plot shifts towards something else: an acceptance, an observation on human nature, relationships and the quest for success, and the world is irreparably changed for Algy, though not in the way he imagines. 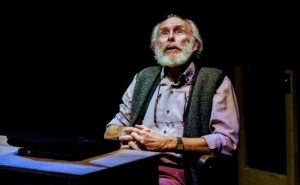 As ever with Alan Ayckbourn, one cannot fault the dialogue in this thoughtful and funny production. The writing is crisp and tight, the dialogue a masterclass in moving the play forward without moving anywhere in particular. There’s a cleverness that Ayckbourn is known for, the switching between alternative worlds, something we’ve seen before in Taking Steps and Joking Apart, the ability to watch two sets of lives, characters and situations being played out almost over the top of each other, the streams touching and merging occasionally before drifting apart again. Another recognisable Ayckbourn trait is the ability to grow characters through dialogue rather than through actions, and the way in which a play revolves about a singular point.

Better Off Dead is good, solid writing and brilliant acting. But a decent script is only ever as good as the dimension that the actors bring to it – and it was pure joy to watch Christopher Godwin’s skilled portrayal of Algy. He almost underplays the over-the-top Algy and manages to lend the character a human quality, with layers of vulnerability and humanity that peek through. It would be easy to play the role in a two dimensional way, acting up the rages and bitter grumpiness, but there’s so much more going on here. Meanwhile, Leigh Symonds plays Gus Crewes brilliantly; his comic timing is impeccable, as always. Russell Dixon portrays the clichéd DCI Middlebrass, a Yorkshire detective, grizzled and heavy drinking, perfectly, never missing a beat and Naomi Peterson as Gemma Pierce is youthfully exuberant in contrast. The women in Algy’s life are smoothly and elegantly played by Liz Jadev and Eileen Battye; they are a cool flannel to the red hot anger of Algy. The whole cast is beautifully put together and they work seamlessly to create a smooth, tight piece of theatre in a set that is compact and ingenious. I was entertained right through, with many laughs. This is a grand night at the theatre. 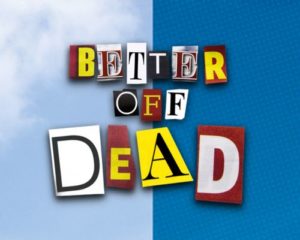 Better Off Dead is at the Stephen Joseph Theatre, Scarborough until October 6, 2019. For more information, click here.