Kevin Bourke September 18, 2018 Authors & Reviews, Books Comments Off on “I am an outsider.” Northern Soul talks to crime writer Will Dean about his debut Dark Pines 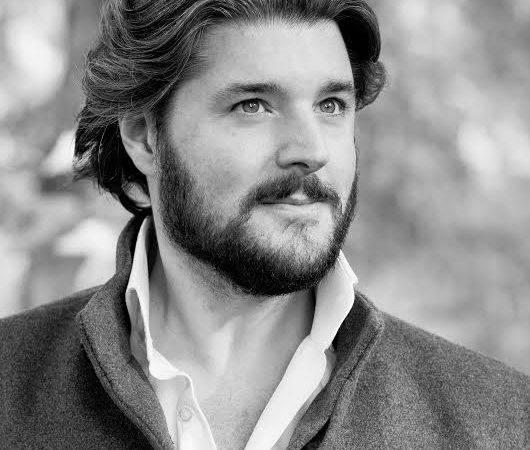 Will Dean’s Dark Pines is one of this year’s hottest crime debuts, and with a back story that’s nearly as intriguing as the book itself.

Dean grew up in the East Midlands where, thanks to his peripatetic father, this bookish, daydreaming kid had lived in nine different villages before turning 18. After studying at LSE, where he met his Swedish wife on their first day studying law, he worked in London building electronic trading platforms for city banks. She worked as a corporate lawyer and they lived in a small and expensive flat in Earl’s Court.

So far, so big city modern. But during the autumn of 2010, Dean left home before dawn every Wednesday and Saturday to fly to a tiny airport in Sweden, then travelled many miles north of Gothenburg to a boggy clearing in the middle of a huge Swedish forest where the couple were building a wooden house on the edge of a nature reserve.

Having miraculously found fresh water at the very limit of the well-drilling rig’s capabilities and finally built their own road for access, they moved there in 2012 and that’s where Dean wrote Dark Pines. It’s a wildly atmospheric thriller of murder, conspiracy, secrecy and terrible weather where sinister locals, hideous troll figures, myth and peril mix in the dripping wet forest.

“Of course, the landscape is heavily inspired by my own surroundings,” admits Dean. “But I took my own forest, and my own forest track, and made it far, far darker. I’ve set the book a few hours further north which means the forests are darker, the towns are spread further apart, and the wildlife is more dangerous. There are bears and wolves up there and the hunting culture is very important to many of the locals.”

Strikingly, his protagonist Tuva Moodyson is a young, deaf journalist terrified of nature and desperate for the career-making story that will help her to get away from the small, remote town of Gavrik with its eccentric locals (including two woodcarving sisters who craft their own trolls out of human fingernails and hair) and an overwhelming forest “bigger than New York City”.

Dean says: “She is a city person who has lived in London and Stockholm and is as unaccustomed to elk hunts and gunfire and two-man police stations as you and me.” 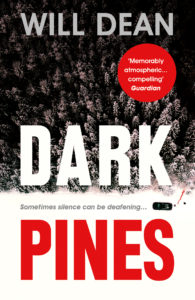 Reduced to watching through windows, hiding behind trees and hampered in the constant rain by her hearing aids which mustn’t get wet, Moodyson senses a chance to make her name and escape when a body is found with its eyes missing and she discovers links to the “Medusa” series of killings that took place in the forest two decades earlier.

Inspiration for Dark Pines struck Dean when he was out in his swampy garden playing with his toddler and heard a rifle shot in the woods.

“It was autumn, the pines were dark, and the forest floor was littered with mushrooms, some delicious, some deadly. The sound of high calibre rifle fire boomed through the wet trees. I didn’t flinch, and that was what I found so odd. After a few hunt seasons living here, it had become normal for me to hear rifle fire and not question the origin or the intended target. So, I thought ‘couldn’t gunfire, a sound as normal for locals in October as owl hoots, make a good cover for a murder?’ In Stockholm a rifle shot would raise suspicions. Not so in Utgard forest.

“I’m very proud to be considered a crime writer and I can’t quite believe that I’m on Val McDermid’s ‘New Blood’ panel at the Harrogate Crime Writing Festival when I was here last year just as a fan in the audience. But I didn’t set out to write a crime novel. What really drove everything was the story of what Tuva was doing in this creepy small town. She’s a character whose voice came to me very strongly and naturally, so before I’d even finished the first draft there was a seed in the back of my mind that this character is interesting and deep enough that I want to spend much more time writing stories with Tuva in them.”

In fact, so confident was Dean about the novel that he had written a second Tuva book before there was even a sniff of interest for the first outing. Red Snow is due to be published next year and,  cannily, he’s already hard at work on the third draft of a third Tuva book, Snake River, scheduled for 2020.

“I’m lucky that I live in the woods and this is my only job. I don’t have many distractions here. There are no shops, restaurants, cinemas, bookshops or anything anywhere around. So, for me one book a year now feels like a natural pace. I write the first draft very fast, in just four weeks, then I’ve got the rest of the year to finesse and rewrite it. That’s my favourite month of the year, those intense four weeks when I’m inside Tuva’s head pretty much 24 hours a day. My wife thinks of me as a bit of a zombie for that month but at the end of that time I have a book that’s pretty rough but a complete story. Then I can take my time of fitting around publicity, events and travelling and I can edit it and make it decent.”

A strong sense of place and time is crucial for the novels, he believes.

“Something I love myself when I’m reading books is to be anchored in a setting quickly and to have that immersive experience of being very much in a different world. My Tuva Moodyson novels take place over two weeks and are set four months apart, so I can immerse the reader in a specific season. Dark Pines opens on day one of the elk hunt. The forests are dense and wet, and they smell of mulch and rot and mushrooms and sitting water. The sound of gunfire is everywhere.

“Red Snow is set in Gavrik in February, the coldest time of year; and Snake River, book three, is set around mid-summer when it never really gets dark.” 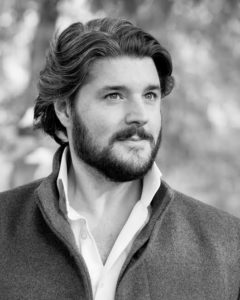 He is amused rather than upset by the way some writers have tagged him as part of the fashionable ‘Scandi-noir’ sub-genre of crime fiction.

“It’s an interesting angle because I am an outsider here and my books are slightly different to most Nordic books because I try to give Tuva that flavour of being an outsider wherever she is, which reflects my experience. I moved around from place to place a lot when I was young, so whenever I found myself in a new village or a new place, I always tried to get out and explore the local landscape and scenery. I was never really around other kids because my dad liked living in isolated places, so very quickly I was aware of the nature around, the forests and the rivers and the trails.

“But I’m never going to be an authentic Nordic writer and I don’t think my books are particularly noir-ish. I think they skirt around that sub-genre, they’re quite quirky and weird, more similar to something like Fargo or Twins Peaks than to a lot of the ‘Nordic Noir’.”

He continues: “As a Brit, the Swedish landscape and the Swedish people fascinate me, and I relish the time it takes to discover idiosyncrasies that Swedes might take for granted. I sense the danger and wildness of the vast nature here. The Nordic heritage is tough, and the folklore is dark, such as trolls that come out of the woods and take babies, while there are bears and wolves up north. Large parts of this country are truly wild, and people live a long way from each other, so anything can happen.

“I like the fact that when I met my brother-in-law for the first time he told me that he saw a troll once when he was a kid and he was pretty serious about it. The folklore is so strong here, especially when you get out of the towns and the cities, and I weave that into the stories. But I also quite enjoy making up some of my own folklore.”

Will Dean and Joseph Knox, hosted by Naomi Frisby, are in conversation as part of the Manchester Literature Festival on October 6, 2018 at 4pm at the International Anthony Burgess Foundation. Tickets £5-£7.

Years ago we visited the Imperial War Museum and picked up this postcard - and it has always moved us. 'Soldiers Rehearsing Can Can Called to Man the Guns 1941' pic.twitter.com/Pd3yLE4whY

@wondykitten @nugehelen I suspect they were planning to extort money from me to reinstate it. The end result showed me how terrible Twitter is at spotting hacked accounts and actually helping the victims. A shit show all round.

Oooohhhh! Peaky Maskers. Filming has started on the sixth and final series. pic.twitter.com/WuW5vo592Z