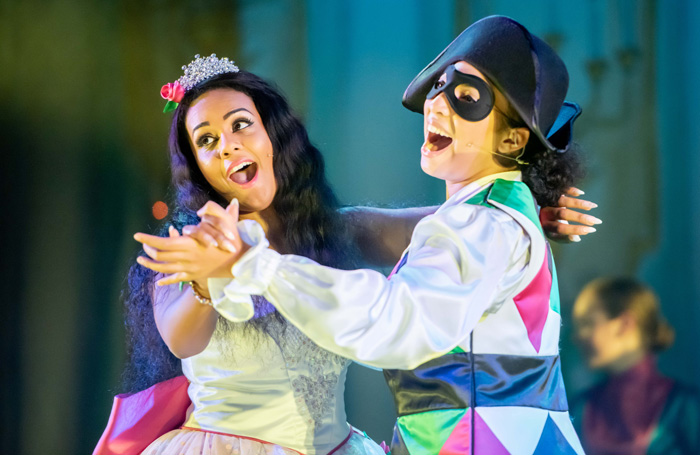 The Oldham panto is a great tradition, stretching back to the days of Kenneth Alan Taylor and beyond. As a writer and a Dame, Taylor is a pantomime legend and wrote his first panto (Cinderella) for Oldham Coliseum in the early 1960s. As there are only five big titles – Aladdin, Dick Whittington, Jack and the Beanstalk, Mother Goose and Cinderella – it’s not surprising that Cinderella is back again this year, written by director Kevin Shaw and Dame Fine Time Fontayne. I can see the latter in the New Year’s honours now.

It’s a successful show that meets its audience’s expectations full on, with a catchphrase for Buttons – an incredibly energetic Richard J Fletcher as usual; a brilliant and continuing “oh yes you are, oh no we aren’t” from Sue Devaney as the wicked stepmother Countessa Viyella Squeezepocket; and a rather good cannibalised version of Two Ladies from Cabaret with Viyella and the Ugly Sisters Pumpy and Trumpy, played by Fontayne and Simeon Truby, all within the first 15 minutes. The more perspicacious reader will have got the explosive subtext in the names Pumpy and Trumpy, and there’s a lot of it. An awful lot of it. 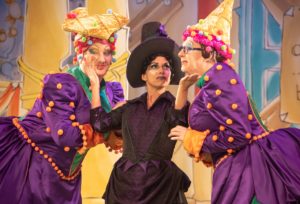 Nisha Anil clearly knows how panto works and is a great Dandini, while Chanté Faucher in her first theatre job after drama school is going to be a Principal Boy to cross swords with for years to come. Mitesh Soni plays Cinders’ dad with the look of a man who has fallen into a world he completely fails to understand and is doing his best to grasp it, which is exactly what Baron Hardup should be like. And there’s a charming and an efficient chorus of young ladies from the local dance school learning about a career in showbiz the hard way, indeed, the only way.

Cinderella lives or dies by its transformation scene, when her rags turn to haute couture, the pumpkin is turned into the coach, and Cinders drives off to the ball. It usually absorbs quite a lot of the budget, and I’ve even seen it done with mice turning into horses. Here Cinderella, an excellent Shorelle Hepkin whom we first met in Dick Whittington last year, transforms the dress before our very eyes with a simple twirl. The coach transformation happens in a blackout, and on the reveal I was disappointed that she couldn’t drive off in it, and there were no horses. I want horses!! Oh, all right, an ice cream in the interval will do.

The problem with Cinderella is there is no part for a Dame. The role is traditionally given to one of the Ugly Sisters, but here the sisters are a comedy double act, and the Wicked Stepmother role has been developed to fill the gap. Devaney rises to the occasion with great skill and elan. She’s terrific, in every sense of the word.

This is artistic director Kevin Shaw’s last show for the Coliseum, as he is leaving to pursue other goals. Show has run the Coliseum successfully for 17 years, not an easy task in the current economy, and he is to be congratulated not just for keeping the theatre open but for developing the company’s work in touring, in the community and in broadening the audience. It’s disappointing that his tenure could not be crowned by the laying of the foundation stone for the recently cancelled new building, which has been in the planning for six years, although given the cuts in the rate support grant from central government to local councils (Oldham Council has lost more than £100 million in government grants since Lib Dem/Tory austerity began in 2010) it’s hardly surprising. 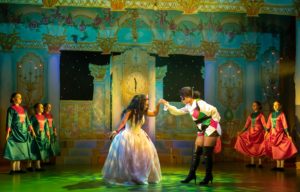 But fear not, the Coliseum is in safe hands pro tem. The Spring season is planned, and the first production is A Different Way Home by Jimmie Chinn, which premiered at the Coliseum in 1998 starring Roy Barraclough, and was a big hit. The revival stars the man who directed the original production in the Barraclough part. His name? Kenneth Alan Taylor. Don’t miss it.

Cinderella is on until January 12, 2019. For more information, click here. 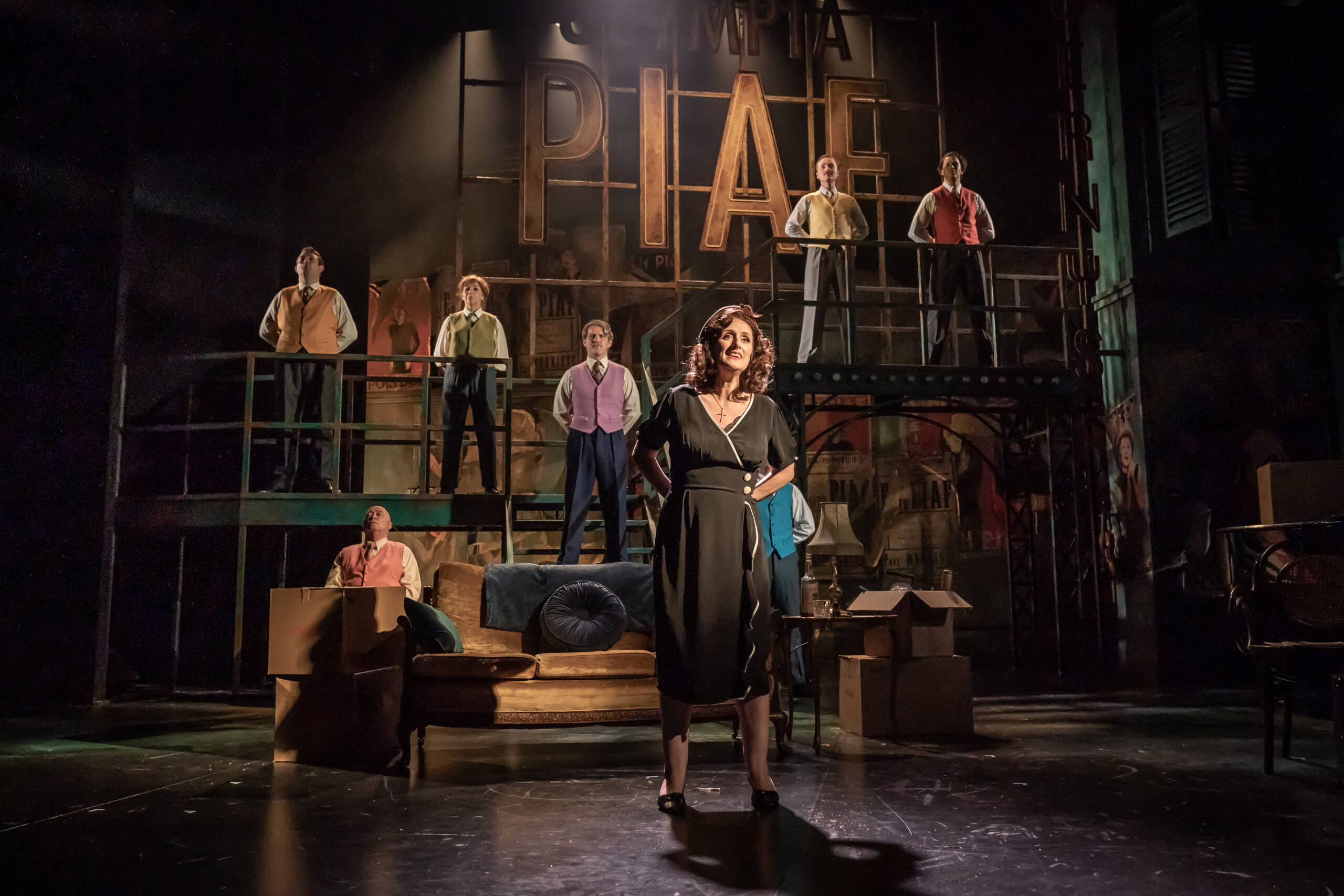 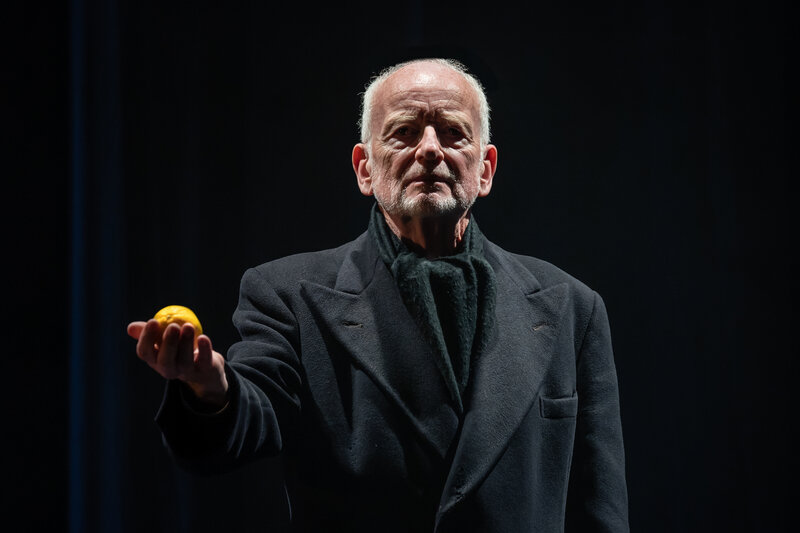 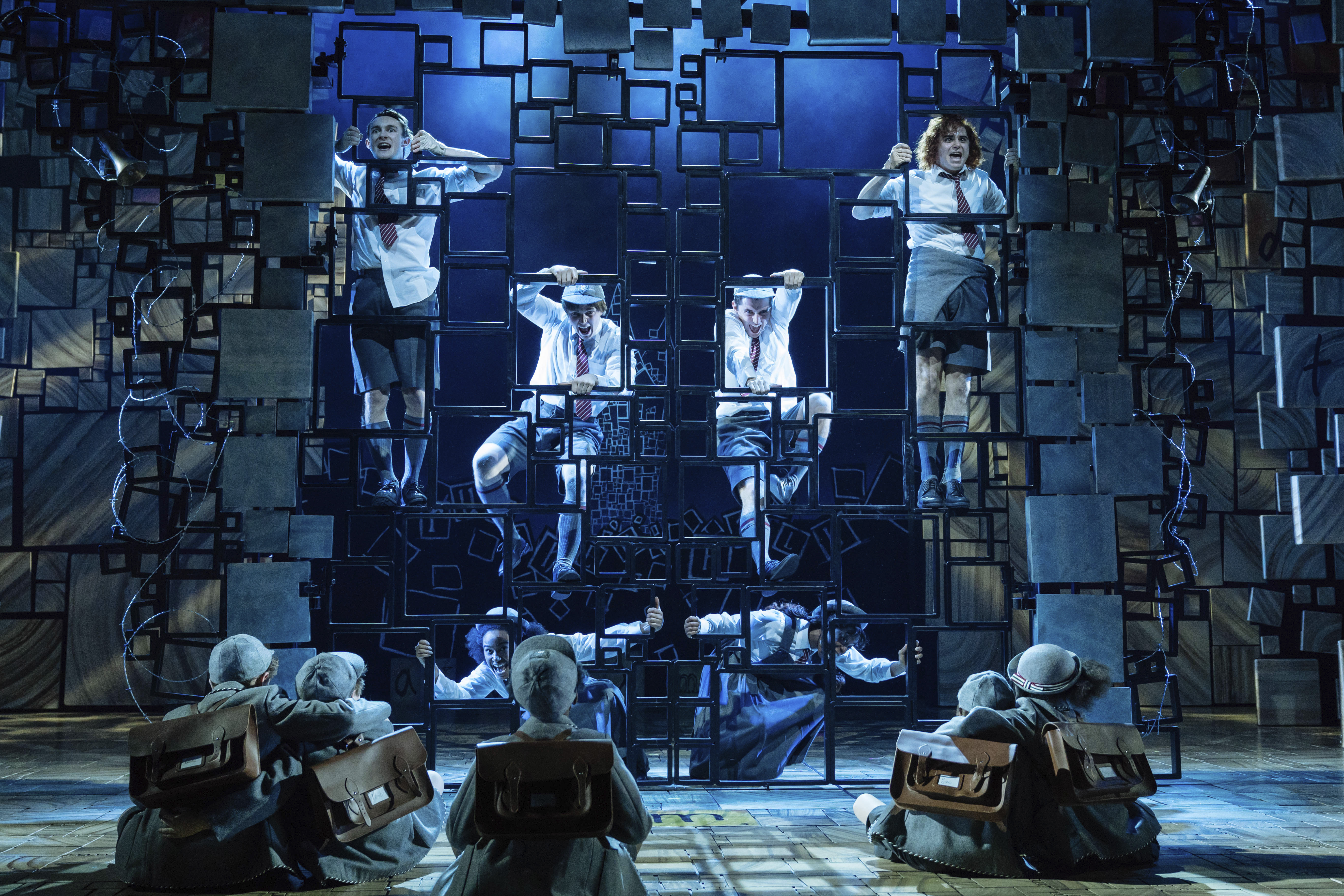 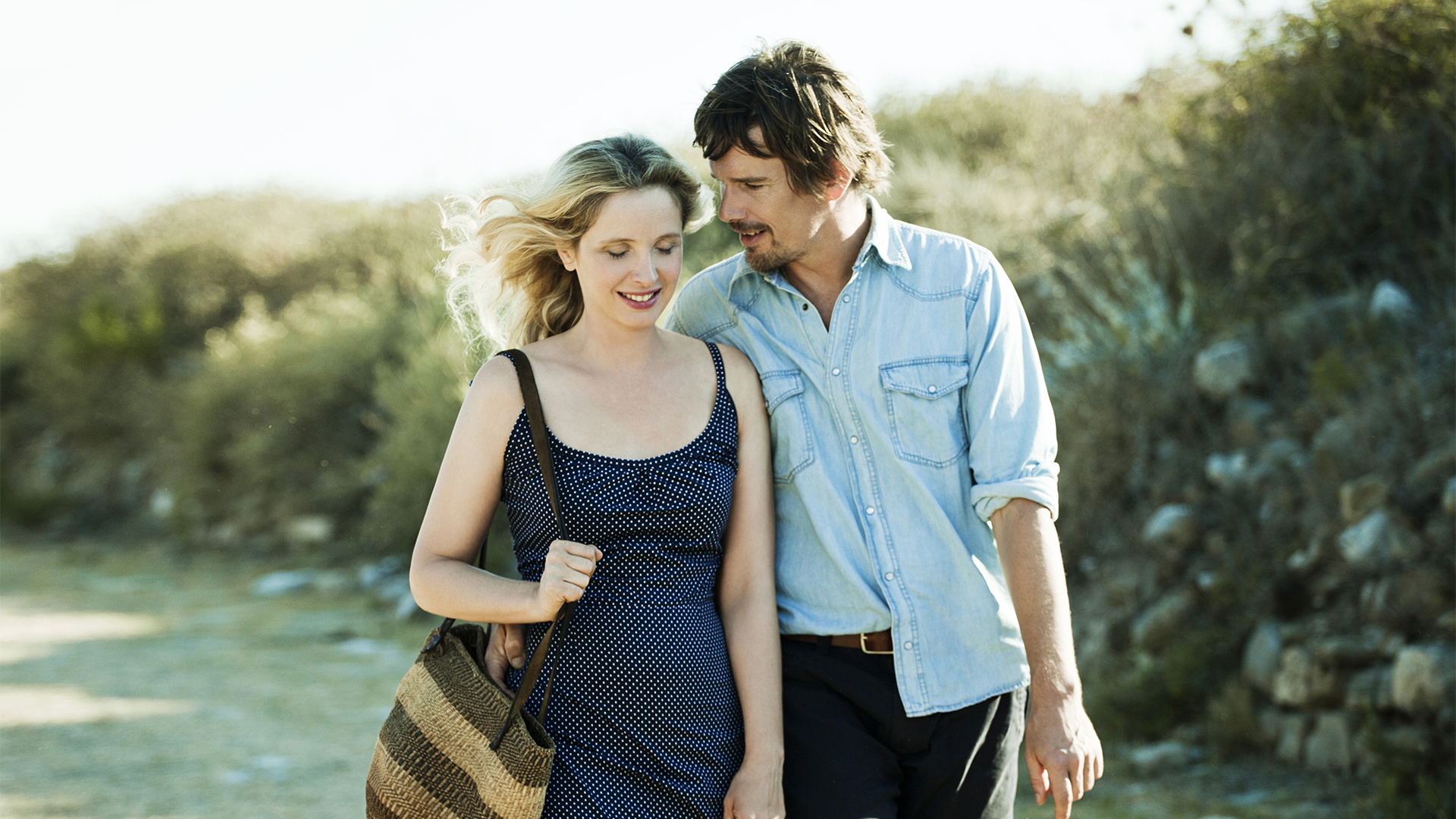 Before Midnight at The Cornerhouse, Manchester