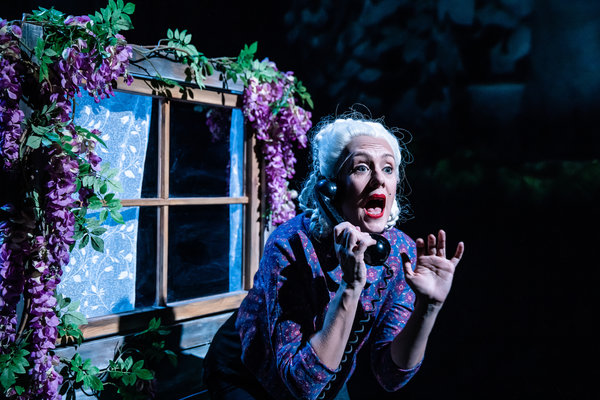 This is the second time I’ve been to HOME this year and cried. The first blubbing incident occurred during Reasons to Stay Alive, and the most recent took place during Bryony Kimmings’s I’m a Phoneix, Bitch. I’m not always such a waterworks, but something about these two stories moved me deeply. They’re both personal tales about trauma and surviving the worst things that life can throw our way. But they also explore the healing power of art and storytelling.

Following an extended run at Battersea Arts Centre, a sell-out run at the 2019 Edinburgh Festival Fringe and an Offies 2019 Award win, Kimmings’ critically acclaimed I’m a Phoenix, Bitch is now showing in Manchester. In 2016, Kimmings’ world was torn apart and she nearly drowned. She experienced a post-natal breakdown, a failing relationship and the utter heartbreak of her child becoming extremely ill. The distress and anxiety that followed left her crushed by the weight of water and she waited to be “calcified” into shell. But now, four years later, Kimmings returns to the stage to share her powerful story.

I take one of my best pals, who happens to be a mum to a brilliant two-year-old girl, and I’m keen to see her opinion as we’re coming at it from different levels of experience. It’s safe to say that we were both moved – for both entirely different and similar reasons – and felt like a stiff drink and a Disney film was needed after viewing.

At times it’s hard going (Kimmings issues a mental health trigger warning at the beginning of the show) and Kimmings’ suffering and her experience is so acute that it seeps from every pore – she cries, she sweats, she stumbles – and you can feel it in your own body. As she depicts the soul-crushing feeling of being buried, followed by drowning, I feel it first in my rib cage and then it rises to my throat. A sort of oppressive heat and weight. When talking about her first interaction with a therapist (“she’s patchouli, I’m more KFC”) who moved to hug her, she remembers wanting to say “don’t touch me or else I’ll break into a million pieces” and that’s when I realise the heaviness has shifted and tears are rolling down my cheeks. My pal expressed similar sentiments. 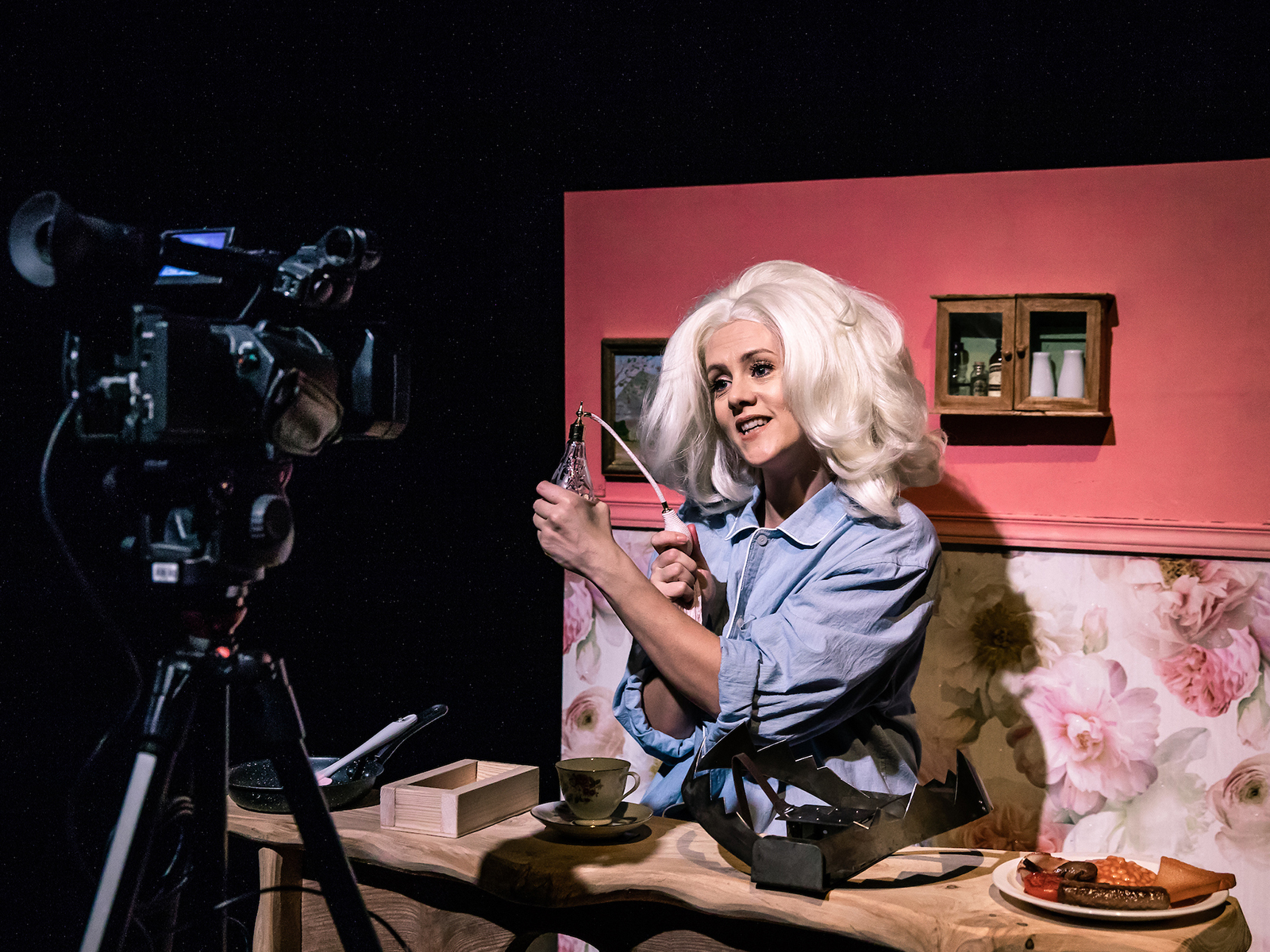 It’s beautifully staged and visually clever. I wasn’t entirely sure what to expect from a one-woman performance artist commanding the stage for 90 minutes, but it surprised and delighted me. Combining personal stories with film, soundscapes, props and music, this is an absolute triumph of a show not simply because it is brave and honest, but because it is genius. There are allusions to the Gothic, old Hollywood horror films, musicals, pop music (at one point, Kimmings looks extremely like the pop artist, Sia), animation and even The Blair Witch Project.

If this all sounds heavy, well, that’s because it is. Kimmings doesn’t hold back the honesty but she’s also relatable, warm and wonderfully funny. At the end of the show, and to great applause, she cries a little (I bet she’s bloody exhausted) and says, “I hope you’re all OK” and reveals that she felt “safe” sharing the story with us. Throughout the show she’s bullied by her own toxic self-doubt (who she likes to refer to as a middle-aged, white, TV executive) and reveals her struggles with grasping onto a sense of self – a sense of her Bryony-ness before the storm. But there she is, standing before us – stronger because of the storm – and a creator of something real, something magnificent. 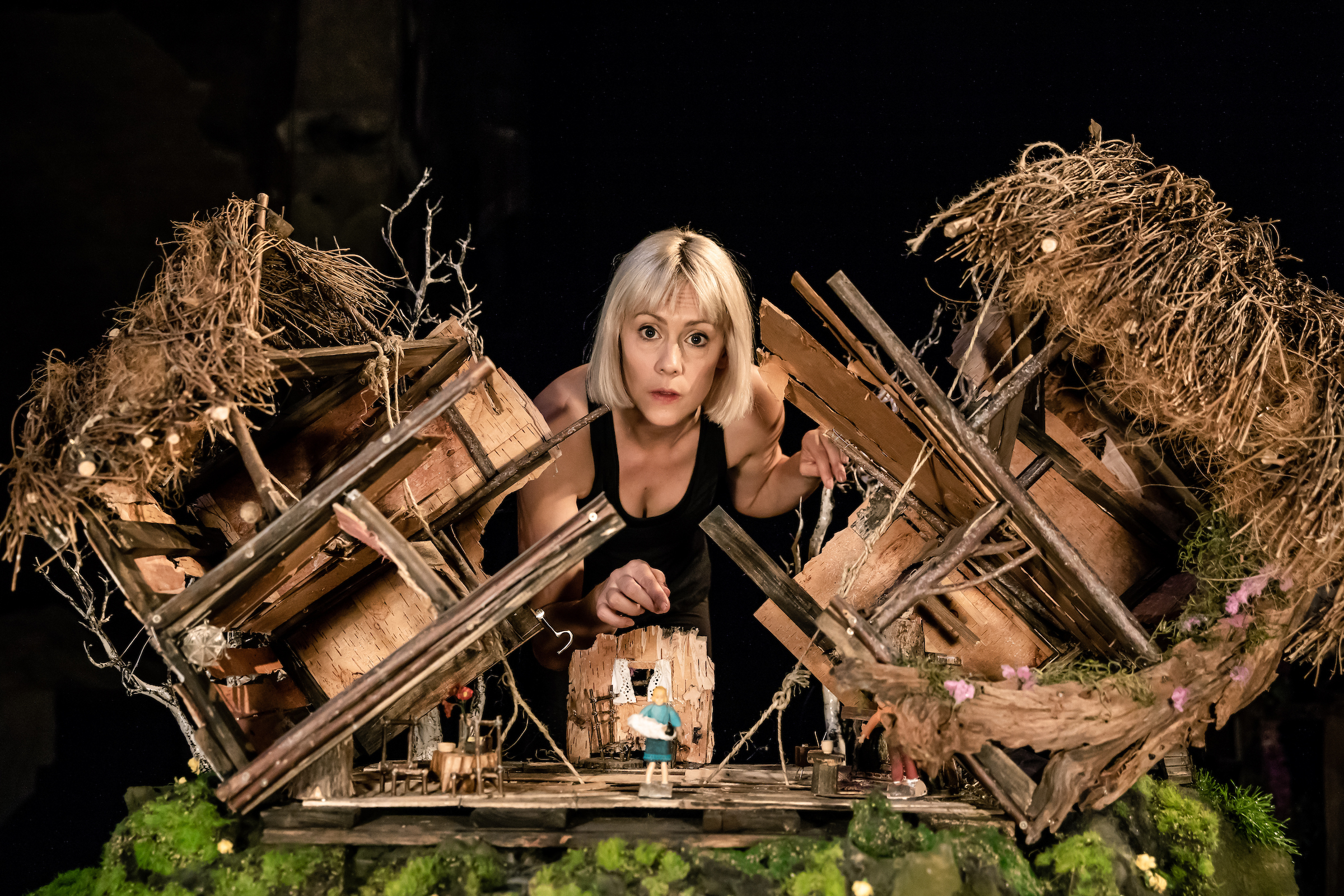 As I turn to leave the theatre, I overhear a group of women behind me. “I’m so sorry,” says one lady to her pregnant friend. “I didn’t know it would be like that.”

“It was,” the friend agrees.

But jokes, and birthday surprises, aside, it’s an astonishing, important and timely piece of theatre. Kimmings emerges – like the phoenix – from the ashes of her experience, her own apocalypse, as not quite a fearless woman (the fear is still there, somewhere under the surface), but a woman that will do battle with everything fibre of her being.

Images: I’m a Phoenix, Bitch ©The Other Richard

I’m a Phoenix, Bitch is on at HOME in Manchester until Nov 30, 2019. For more information and to book tickets, click here.