Enclosed in Upper Campfield Market, we gather standing around the stage to experience the secrets and lies around one man’s journey into the heart of South Africa and the uncovering of his family tree.

Touted as one of the highlights at this year’s Manchester International Festival, this MIF 2019, Young Vic and Green Door Pictures co-production has unfortunately been mired by controversy following an authorship row with the original writers – Sarah Henley and Tori Allen-Martin. This alleged misogynist move contrasts with the spirit of festival’s opening event, Yoko Ono’s Bells for Peace.

Now with Idris Elba and Kwame Kwei-Armah’s names at the top of the bill, this immersive production seeks to thrill, challenge and entertain the audience. But a clunky script with action that rips at a pace through African history, squashed into 90 minutes, stops this production from being a unique hit it deserves to be. 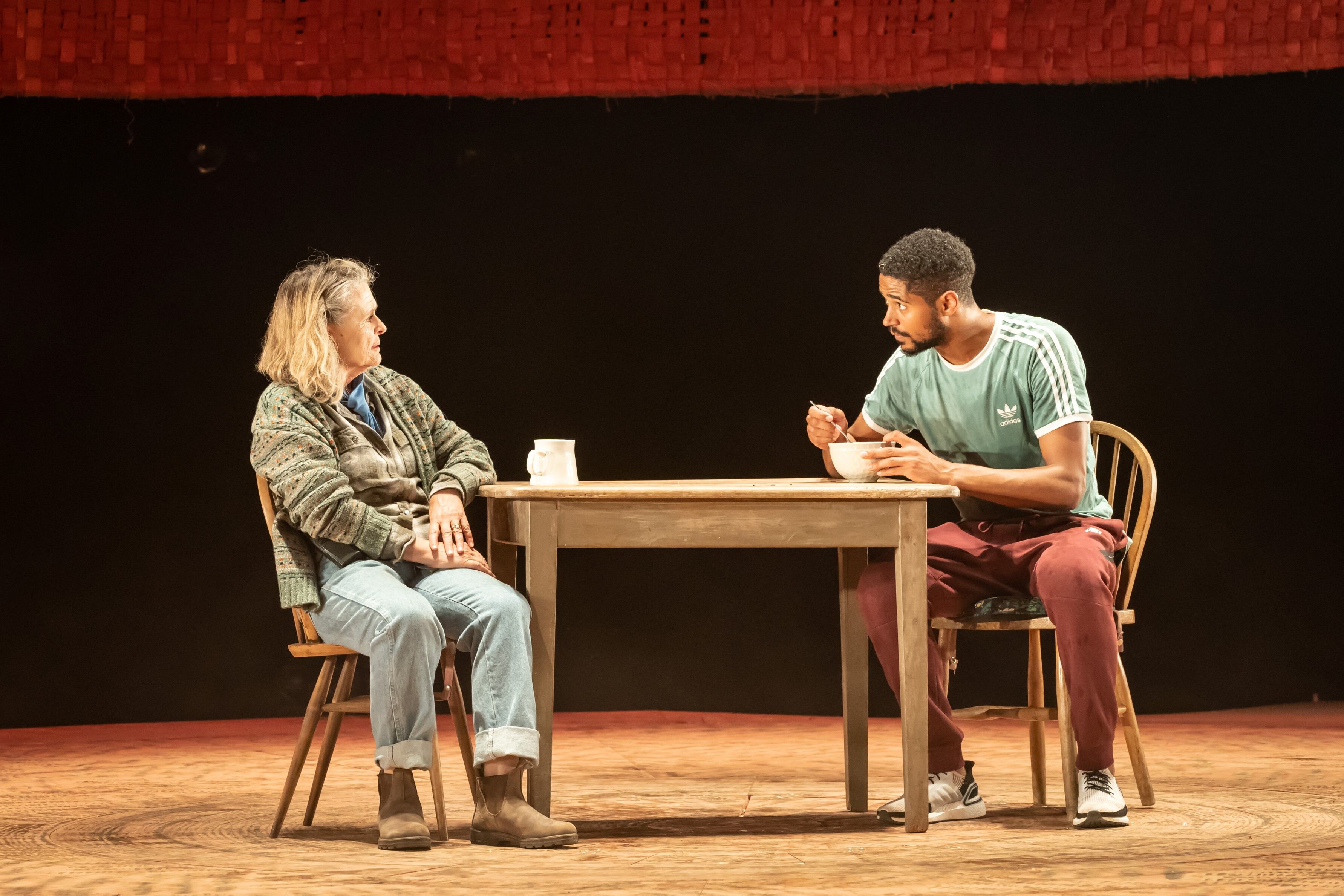 Clearly a personal project following the death of Elba’s father in 2013, he’s said that his and Kwei-Armah’s joint ambition has always been to “make a piece of work inspired by South Africa, using (my) album, Mi Mandela, as a starting point”. For Elba, “an interesting part of the process is looking at the new universe that sprung up after Mandela”.

Our protagonist Kaelo (Alfred Enoch, recently seen on BBC One’s Trust Me) is a mixed heritage London boy who travels to South Africa following his mother’s death to reconnect with his white grandmother (Sinead Cusack.) Here he meets ghosts of South Africa’s apartheid past, witnesses the redistribution of land, his grandmother being forced off her farm and protests by Economic Freedom Fighters (EFF), the far-left party. He also faces the bloodthirsty circumstances around his father’s death, which throws up questions of heritage and identity. 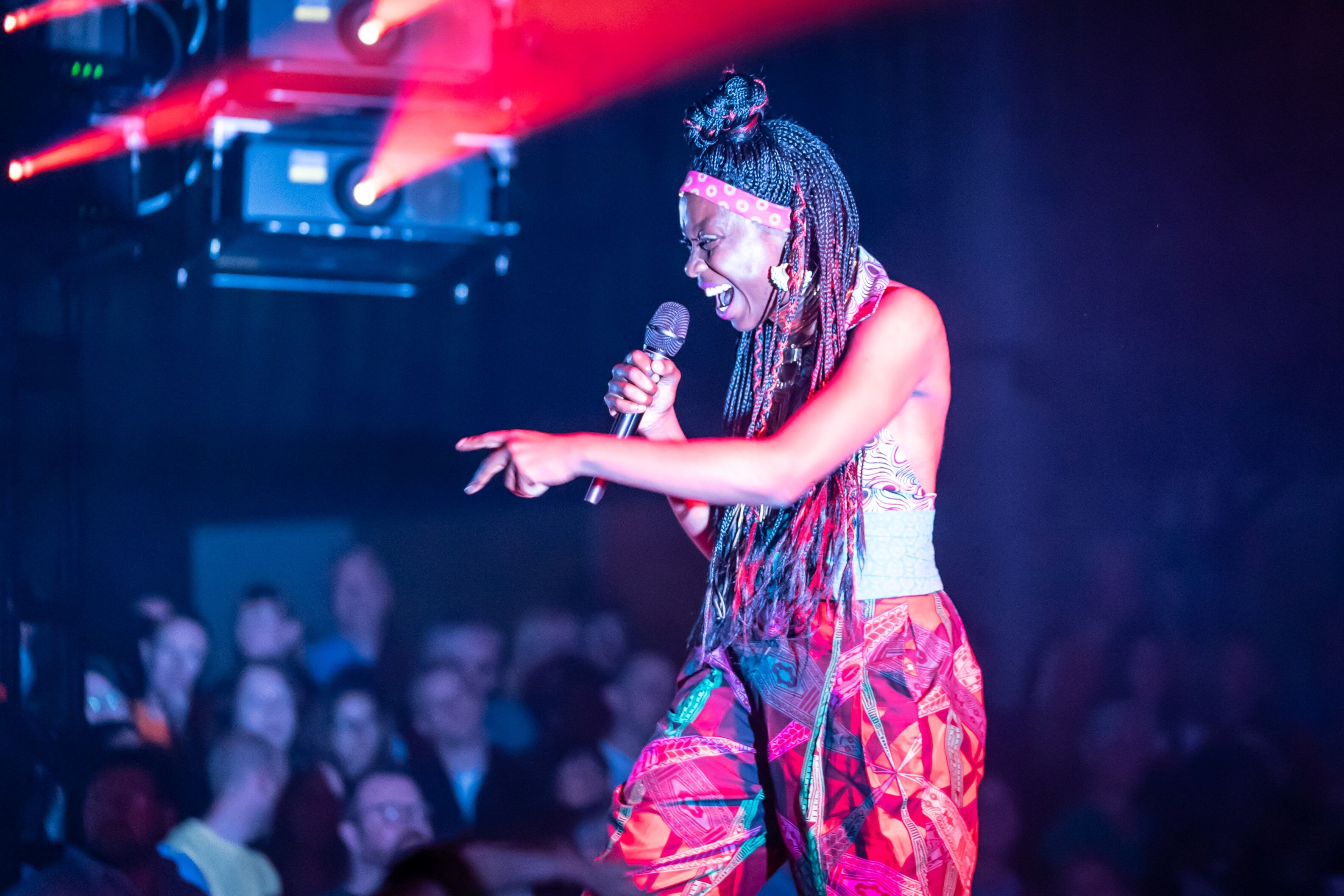 As we flit back in time to when his white mother met his black father at a dance, it left me wondering how and why Kaelo’s family history was such a mystery. Surely his mother, whom he grew up with in London, would have explained the tragedy? 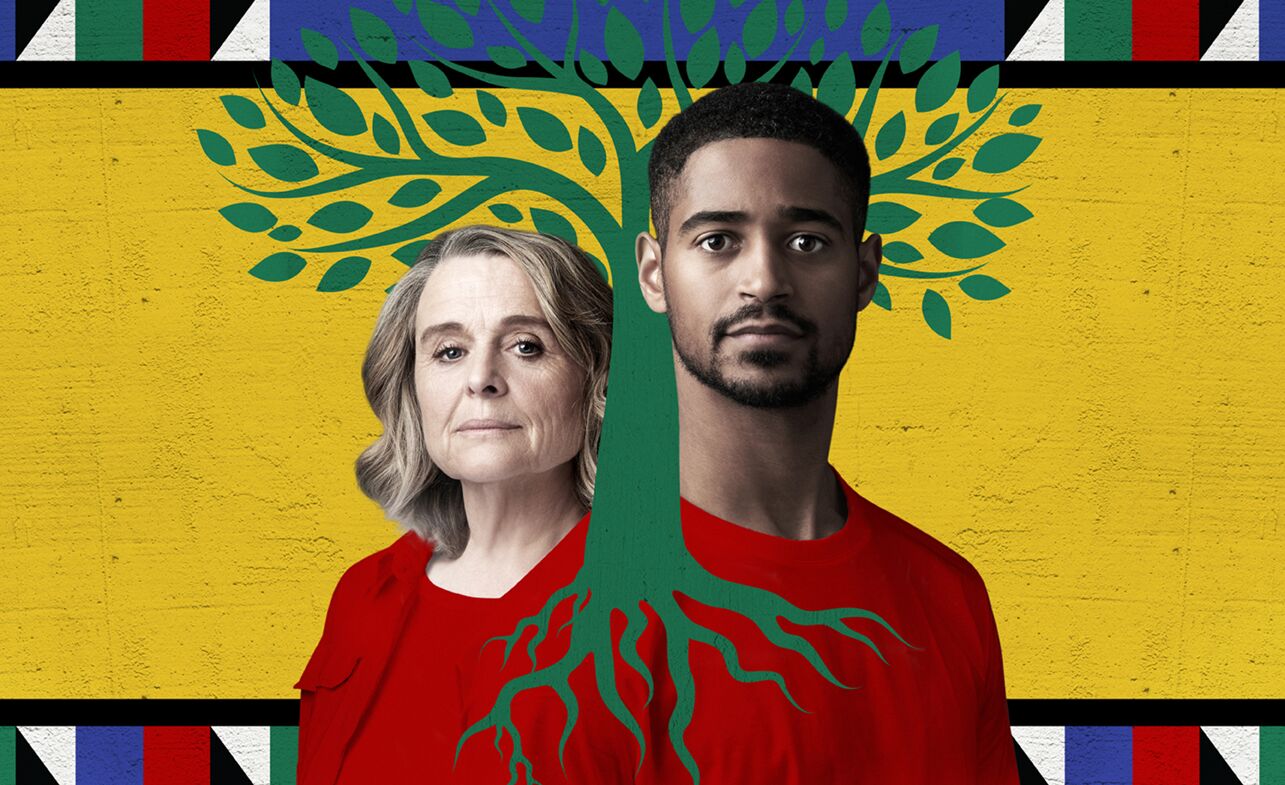 The play is peppered with genuinely spectacular moments, from the aerial wire work when Kaelo is lifted up above the action to the haunting image of pink powder thrown like magic dust, set against a darkened stage.

Although the larger themes of grief, cultural identity and family are only touched upon to make way for dancing, this is still a startling experiential event. My advice is to take a big group of friends, wear your trainers and dance to the roaring beats of Elba’s Mi Mandela album.

MIF19 runs until July 21, 2019 and features artists from across the globe premiering a variety of new work in spaces throughout the city. For more details about this year’s programme, please visit www.mif.co.uk