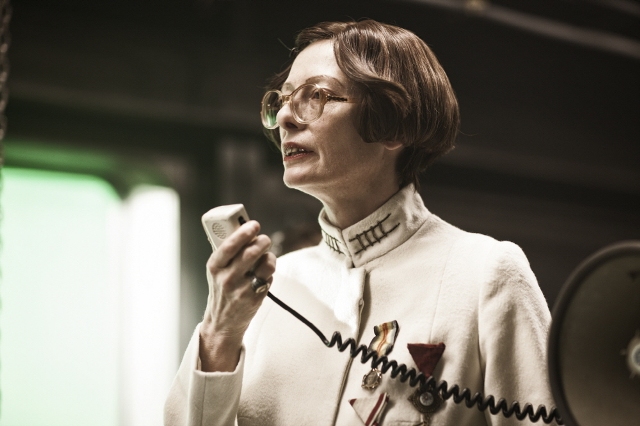 Old wounds were re-opened the other night as I watched Bong Joon-ho’s new movie Snowpiercer at the local art house cinema.

The rest of the audience might have been curious to know that one Brit in their midst spent the journey home not dissecting the international sci-fi epic but complaining bitterly about one of the baddies, played by the usually superb Tilda Swinton.

She made the megalomaniac Mason a sinister, clownish figure, drawing inspiration from dictators such as Mussolini and Gaddafi. Mason had bad dentures, grotty specs, a prosthetic nose, fake medals and wobbly wig, and – to make her even more of a pantomime villain – a treacle-thick Yorkshire accent.

Swinton chose the accent partly because a childhood authority figure was from Yorkshire, but also because it seems to help summon a picture of a condescending ‘I know best’ ridiculous arrogance.

Her performance is yet again sending the idea whizzing around the world that Northerners are figures of fun. Tut tut, Tilda!

Years of living in the bubble of chattering class London softened my broad Northern tones. Gone are the days when I had to confound the negative stereotypes that a Northern accent brings to mind – the battleaxe, the buffoon, or the obstinate oik. Indeed, during a heated discussion about the economy, a fellow Northerner accused me of being a poncy Londoner knowing nothing of real life.

When I hear my voice on radio I sound pretty regionless. That is, unless I have to say words such as one, dance, or bath, which reveal my origins to the cognoscenti. Only close friends of long-standing make cloth cap and whippet jokes. They are the only ones who dare.

But I have not forgotten when new to London how noses wrinkled and eyes rolled when I opened my mouth. I remember asking the chief executive of a household name company a serious question in a press conference. He looked at me in recognition and managed to be both sexist and ‘Northernist’ by saying “Oh you are the lady who says ‘wun’!”

Now I have a different problem. Moving nearly 6,000 miles to near Los Angeles has lumbered me with another stereotype. And oh, the agonising irony. Here I sound posh, and complete strangers feel free to comment on it.

“You sound like Maggie Smith,” blurted one. “I heard Princess Kate on television and you sound like her,” said the supermarket checkout girl. Most gobsmacking of all: “Oh my gosh, you sound just like the Queen!”

No amount of protests from me seem to convince people that my background is more downstairs Downton Abbey than upstairs, that I am a British Hillbilly.

If you could hear me now you would realise just how daft it is. OK I might sound educated, I might even sometimes sound fancy. But posh?

What’s most disturbing is that, on hearing my accent, some Americans assume I think I am superior and so need taking down a notch or two. So I’ve come full circle from being made fun of to…being made fun of. Again I am judged because of how I speak. 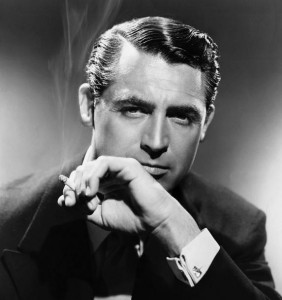 In politically correct LA, where scarcely anyone asks for ‘black’ coffee, taking off a foreign accent is frowned on. Even in the less censored comedy circles I frequent, few put on a stereotypical just-off-the-boat Chinese accent or mimic a deep south twang. But it’s open season on the Brits. If I had a dollar for every time my accent is parodied I could buy Las Vegas. One guy I was introduced to in a bar spent the rest of the evening talking like Cary Grant, or rather talking like he thought Cary Grant talked.

Bizarrely, a few people believe I am putting on a fake accent. Showbiz friends assure me some people do that to give them caché in Hollywood. There may be caché, although I’ve yet to make millions, or anything, from voiceovers, but what my accent also gives me is irritation, in bucketfuls.

The obsession with my voice is not so bad in my pretty and cultured city of Pasadena. It is accustomed to foreigners being home to the world-renowned California Institute of Technology, just up the road from me. But if I venture just a few miles inland I often have to repeat myself, not because I speak unclearly, but because people are listening not to what I say but to how I say it.

I have had to get used to people staring at my mouth as I speak. It is as if people can’t believe English can sound how I make it sound. It can quite put me off my stride.

When I do stand-up comedy, soon after getting on stage I joke about people looking at my mouth. It always get a laugh because the audience realises they are doing just that.

And I tell them I am British. Otherwise some of them start thinking about where I come from rather than, hopefully, getting my jokes. You see, not everyone here thinks I am British. I get Australian, New Zealander and South African, in that order. There’s even a Korean guy in a store round the corner who thinks I am German – those guttural Yorkshire sounds are no doubt to blame.

Then there is the bright young girl at the discount dress store who asked me if I was…French.

A suggestion. Let’s all raise our voices, however they sound, to demand that people are seen as individuals first and foremost, not as belonging to a tribe. It’s not where people are from that counts, it’s who they are.