What have Justin Lee Collins, Alec Baldwin and Curly Watts got in common? Give up? Well, they have all made the character Dennis Dupree from Rock of Ages their own.

Kevin Kennedy, who many know as Curly, the infamous bin man from Coronation Street, is taking on this role for a brand new production which hits the road at the end of September. But who is Dennis?

“He is a guy who owns the Bourbon Rooms in LA in the 80s which is the mecca for rock music,” explains Kennedy on a break from rehearsals. “He is the guru and embraces the drug-culture of the 80s enthusiastically. He is an interesting guy to play.”

The bar provides a backdrop for the story. “The developers are looking to knock down the Bourbon Rooms and that is what the story centres around. It’s also a love story with a good helping of sex, drugs and rock and roll. It isn’t a morality tale, it’s just fun. It’s like a mix between Rocky Horror, Romeo and Juliet and Spinal Tap.”

The musical started life on Broadway and captures that moment in time when big hair was mandatory and soft rock was at its peak. “They are all songs from the 80s that you’d know but you might not admit to liking,” says Kennedy. “We encourage everyone to dress up in the 80s style.” 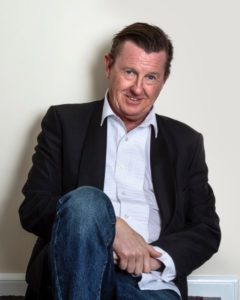 Of all the mega hits that the show powers through, I wonder which one is Kennedy’s favourite? He’s in no doubt: “The Final Countdown. It’s a great rock and roll tune.” It’s a strong choice – we all played air guitar to that one at the school disco.

“Music is so accepted in Manchester that I couldn’t think of a better place to open,” says the local lad. “We’re just down the road from where Jilly’s Rockworld was. It’s quite appropriate because Jilly’s, like The Bourbon Rooms, was bought by developers and is now a Tesco.”

Of course, in the 1980s when the characters were carousing around Los Angeles, Kennedy was a household name as Curly Watts – lodger, lover and supermarket manager on Coronation Street. Since he hung up his Freshco uniform in 2003, he has successfully reinvented himself as a bona fide musical star, appearing in everything from Chitty Chitty Bang Bang, We Will Rock You and, more recently, The Commitments.

Many stars have fared well, and not so well, when leaving Manchester’s famous cobbles to strike out on their own and Kennedy is one of the success stories. But leaving must have been a gamble, not knowing if he would be able to make a name for himself away from Curly? 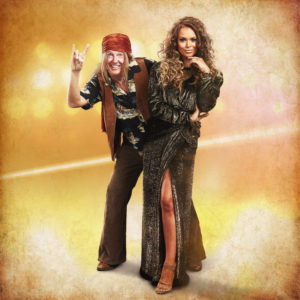 “I’d come out of rehab. In there, they told me if I stopped drinking and drugging, I could do anything I wanted. So I wasn’t scared, the scary times were behind me. I was signed by Simon Cowell and I had a hunger. The first thing I was in was Rocky Horror and I was instantly intrigued in musicals. I’d never done the genre before.”

During the first few years away from Weatherfield, Kennedy juggled acting and music but,once the pitter-patter of tiny feet came along, something had to give. “My wife and I toured New Zealand which was a great laugh, very rock and roll, going from place to place but you can’t sustain that with a family.”

Kennedy speaks freely and honestly about his time in rehab, but he really comes alive when asked about his “pinch yourself” moments in recent years. “There’s been a few. I was on stage with Brian May playing his guitar solo to Bohemian Rhapsody. He was literally two feet away from me and the audience were levitating. I’m just a lad from Wythenshawe. And taking The Commitments to Dublin and Ireland for the first time was pretty special. The warmth of the audience was incredible. Roddy Doyle, who I greatly admire, wrote a scene for me.”

Musical theatre is where Kennedy’s star appears to be finally resting. Does he have his sights set on any other roles?

“I’d love to play Riff Raff. I did Chitty with Richard O’Brien in Singapore and we were in the dressing room, he got a guitar and started playing There’s a Light and we started singing it. He’s a thoroughly lovely man.” 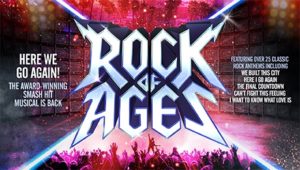