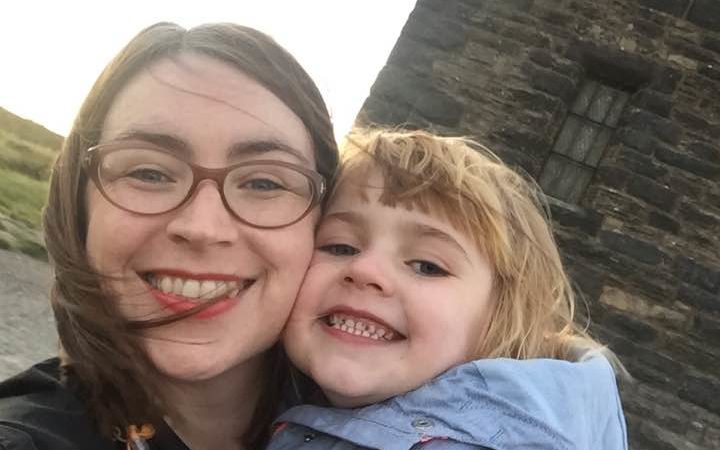 “There would be nights where I’d be crying, crying and crying in the chair, shaking my head, trying to get it out. But I couldn’t.”

These are the words of my sister, Rachael May. For the past 16 years she has lived with tinnitus, one of six million people in this country who deal with the condition on a daily basis. Only 23 when she was diagnosed, the intervening years have been a battle to come to terms with something for which there is no cure and very little treatment.

“I used to be able to hear it just at night,” she says. “I could hear the blood going round, probably before I was 23. I can’t remember the day I could hear it all the time but there must have a moment. It’s all a bit of a blur. I know I went to the doctor and the doctor referred me to the hospital. But the whole process between getting it and being told there was nothing they could do was about a year. All along the way I was told I would just have to live with it, but no one would tell me how.”

The word ‘tinnitus’ comes from the Latin word for ‘ringing’ and, according to the British Tinnitus Association (BTA), it’s ‘the perception of sound in the absence of any corresponding external sound’. Put simply, it’s a ringing in the ears. But that’s just one manifestation. There are many more types, from low, medium or high-pitched noise to a single sound, or one with a myriad of components. For many sufferers, the noise is continuous. There is no escape. It can literally drive someone mad.

At first, my sister was offered white noise therapy. She describes it as an out-of-tune radio, a device that the sufferer wears in their ear all the time in the hope they will learn to tune out the tinnitus. Rachael couldn’t bear it. “It sounded awful and like I was swapping one evil for another.”

In the absence of any useful advice from doctors and specialists, she researched the condition herself. 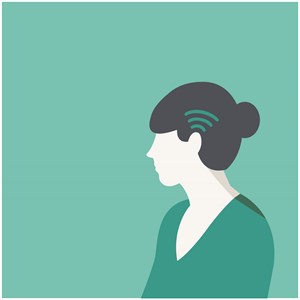 “I was constantly on the internet but there was nothing out there. At that point I was looking for something that would help me. I looked into herbal remedies but everything cost a fortune because there was no science behind it. I ended up at the BTA because the only way I could get to sleep was to wear an earphone in my right ear, playing music. But that’s really uncomfortable. I’d heard of speaker pillows and that’s how I ended up on the BTA’s website. I bought one and it helped to a degree. I bought a speaker that’s designed to slip under your pillow. It gave me something else to focus on. I used it for a long, long time. I still can’t listen to Cheryl Crow or Norah Jones because it takes to me back to a terrible time.

“I did my own research for years and I found a scientific paper that proved a link between benign intracranial hypertension, which is what I had – non-sinister migraines – and tinnitus. It’s essentially too much spinal fluid round your brain. There’s a direct link to having that and having pulsatile tinnitus, which is what I have. I can hear the blood flow in my right ear. It’s like a heartbeat but more whooshy. So the link makes complete sense to me. But I don’t think any of the doctors I spoke to were interested in finding out. I never thought finding out would matter but for some reason it does.”

While it’s not uncommon for musicians and regular gig-goers to suffer from a form of tinnitus, what is less widely known is this: tinnitus can affect anyone, old or young, at any time, and without an obvious reason. Just as there is no cure, there is precious little in the way of explanation for its causes.

And it is nigh on impossible to convey the debilitating effects of tinnitus to non-sufferers. After all, how can you sympathise with something that is, to all intents and purposes, an invisible condition? And that invisibility, the lack of obvious symptoms to the outside world, is one of the worst aspects of tinnitus, as my sister explains.

“Those people who can feel sympathy, ten seconds later they’ve forgotten. I suppose it’s like anything you can’t see. At the worst times, it was so isolating. It made me really resentful because outside of my family it felt like nobody cared because nobody remembered which just made me draw away from people. I felt like no one understood and I couldn’t talk to anyone. People would just glaze over. I remember one person saying, ‘oh that must be irritating’ and I just wanted to hit them in the face with a hole punch.”

Things finally started to improve for Rachael when she discovered the BTA’s pen pal programme. The charity put her in touch with Jo Wakeham, another young tinnitus sufferer.

“We started writing to each other. A couple of letters at first and then email. We instantly found out we had way more in common than tinnitus and it forged our bond. We went to each other’s weddings, were pregnant together, and our children are friends. It changed everything. Having someone who understood. We used to just text each other saying ‘I’m having a noisy day’ and the other person would immediately understand. It wasn’t about someone saying everything will be OK, it was about someone saying, ‘yeah, this is the pits’.”

Today, Rachael can get through the day and hardly notice her tinnitus, something she never thought would happen. But it’s taken 16 years to get to this point. “I think it’s having someone to talk to who understands, and I genuinely believe my brain does not have time for it now I’m a mum. Being a mum changes you so fundamentally that who’s to say that isn’t part of it? I also think that your body gets used to it but it takes an incredibly long time.” 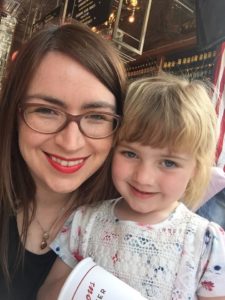 Rachael has also benefited from wearing a noise-reducing earplug every night. For some reason, it helps reduce the volume of her tinnitus. Coffee also really helps with the symptoms, while alcohol makes them worse.

Meanwhile, the BTA does an amazing job with no government subsidy, and its income is dwarfed by the huge sums generated by other health charities. Over the next year, the BTA needs to raise more than £650,000 from donations and gifts to fund its work. The money will be spent on projects into treatment, management and cure of tinnitus, as well as the costs of running the Sheffield-based organisation, its various fundraising initiatives and its helpline. In 2016, the BTA answered more than 4,200 calls, ran 74 support groups around the country, and invested more than half a million pounds in research. Its work is invaluable.

“The BTA is a charity close to my heart. It was a great source of information and advice when I developed tinnitus back in 2005. However, I am most grateful for the pen pal service it offered at the time, which put me in touch with Rachael. To be able to talk to someone who was experiencing the same feelings, including anger, isolation and the helplessness that I was feeling, was a huge step in accepting and living with tinnitus.

“Rachael and I are now the type of friends that talk every day, and hardly ever about tinnitus. I will forever be grateful for BTA for putting us in touch with each other, and I credit both the BTA and Rachael with me now being at a point where I barely think of my tinnitus – which is a sentence I never thought I would say. I would encourage anyone living with tinnitus, whether it be a recent diagnosis or a long-term struggle, to contact BTA for assistance and advice.”

Main image: Rachael May and her daughter, Scout 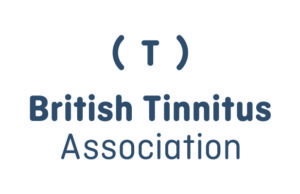 Northern Soul is running its first Christmas Charity Appeal to raise money for the British Tinnitus Association. There are some wonderful online auction prizes to be had, or you could just make a donation. For more information, click here.

If you are struggling with tinnitus, then contact the British Tinnitus Association. You can find more information on its website here. The charity also runs an online resource which has been designed for people who have just begun to experience tinnitus. For more information, click here.

Rachael has also kindly offered to talk to any fellow tinnitus sufferers. You can contact her via the Editor of Northern Soul at helennugent@northernsoul.me.uk