Marissa Burgess October 30, 2019 Arts, Comedy Comments Off on What’s on in November: Comedy in Manchester 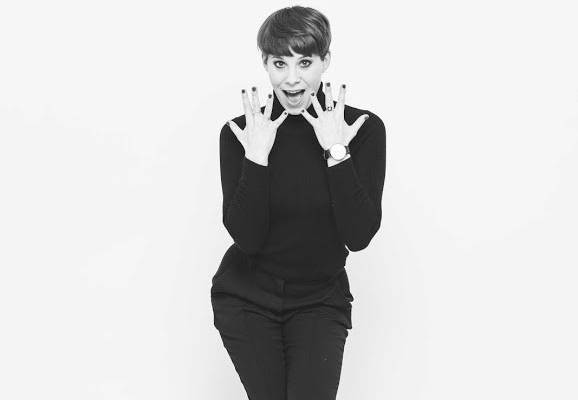 There’s no need to renew your Netflix subscription for November as there’s far too much comedic entertainment to keep you going in Manchester. Check it out.

More comedy presented by the deceased moggy with the gloriously off the wall Rob Mulholland, the wonderful moustachioed camp luvvie Troy Hawke and the deliciously dark humour of Kathryn Mather.

At Manchester’s twin homes of alternative comedy there is, as ever, plenty of stand-up to behold. But here are the special shows that the two clubs are putting on as well.

At the Frog and Bucket this month, Monday 4 sees the World Series, the annual competition to find the best of the acts who all passed through the amateur gong night every Monday, comes to an end with the grand final. Charity night Stand up For Acorn on Sunday 3 boasts an impressive line-up; it’s currently sold out but check for cancelations. Then on Sunday 24 The Indians Are Coming in the form of a whole show of acts whose origins are in the sub continental country.

At the Comedy Store it’s Danny McLoughlin’s turn to take the helm for the monthly gong show King Gong on Sunday 3. Professional comedians try out new material at New Stuff on Sundays 10 and 24 with Toby Hadoke at the helm. Then on the afternoon of Saturday 16 the kids get a clean show to watch at Comedy For Kids and on the following day Sunday 17 Alex Boardman presents his favourite new acts at New Comedians.

The American comic famous for his popular Netflix specials and podcast Your Mom’s House with his comedian wife Christine Pazsitzky, brings his Take It Down tour to the UK.

Jonny and The Baptists, The Lowry, Saturday 2 November, £14

In Love Salford and Hate B****s Jonny and his sidekick Baptist (aka Paddy) sack off the politics, decide everything is FINE and decide we should all love each other. Fantastic musical satire from the ever-popular pair.

The original cheeky chappie out on tour once more with Showbiz.

The 21-year-old open mic night that was the site of Alan Carr’s first gig returns to its original venue.

Doubling up between Didsbury and Heaton Moor are seasoned act Matt Green and Britain’s Got Talent winner Lost Voice Guy. At Didsbury, Samantha Mayes is in the middle and MC is Dan Nightingale whereas the Heaton’s middle act is yet to be confirmed and the MC is Martin Mor.

In this ‘audience with’ style event Who Am I, Again? will see Henry looking back across his early life and career in the first half then in the second will be interviewed by broadcaster Jon Canter followed by an audience Q&A.

The Inbetweeners star brings back her popular tour show Talk Thirty To Me with extra new bits added. Not least the launch of her memoir Are We There Yet?

Another great month of comedy at XS. Here’s a hint of the talent to expect – these are the headliners for November. On Tuesday 5 it’s acclaimed Glaswegian Larry Dean, whereas filthy Aussie purple muppet Randy visits on Tuesday 12. Then the wonderfully absurdist duo The Delightful Sausage pop in on Tuesday 19 and the as kooky as she is sharply funny Harriet Kemsley is there on Tuesday 26.

The mental health safe space where it’s ok to both talk and laugh about our problems hosted and curated by the wonderful Harriet Dyer. This month Dave Chawner bears his soul and his funnies.

He may be a star of the telly these days but live he’s a force of nature. Taking the big themes of life and turning them into a gem of a routine here’s his latest The Fast and The Curious.

Promising to be his most personal show to date, Raganathan has gathered together all the things that he finds unacceptable and will give them The Cynic’s Mix Tape treatment. 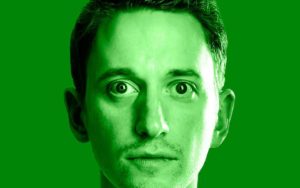 In another acclaimed solo show, Robins revisits all his most awkward moments to create the hilarious Hot Shame.

Five years after his last show Force Majeure, Izzard returns with his latest surreal musings Wunderbar. While he’s in town he also performs a work in progress that consists of a reading of Dickens’ Great Expectations at The Lowry on the Saturday.

The exasperated news reporter really doesn’t struggle for inspiration for his material in his latest show, The Fake News Tour.

Master puppeteer brings his muppet pals to The Lowry, then sticks his hand up their bottoms to bring them life. Including favourites Sam, Albert and Baby plus a talking ice cream and an urban fox.

Line up to be announced at time of going to press but it’s Trapdoor, you know it’s going to be good, don’t you? Also adopted Manc Tony Basnett will be about somewhere!

A master of the dodgy wig and wonky teeth, Kearns brings his not quite character comedy on tour again. It will be beautiful and funny at the same time. Be sure to catch Double Take and Fade Away. 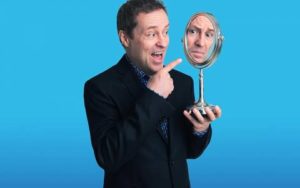 Probably best known as the bemused priest Dougal in the legendary Father Ted, as perplexed as he may appear on stage he’s a tack sharp stand up as no doubt will be seen in The Showing Off Must Go On.

The first national tour for the smart young stand-up. Snitch sees him refusing to offer inspiration to the younger generation.

The curator and creator of Barking Tales (see above) Harriet Dyer is also one of the most innovative comics around as seen in her latest solo show The Dinosaur Show.

After the phenomenal success of her, at the time, swansong to stand-up the equally phenomenal Nanette, Gadsby – thankfully – returns with Douglas. She isn’t pulling any punches with this one either.

One of the most truly off the wall acts around, yet no matter how weird his shows get they all somehow make perfect sense. Be sure to catch After Me Comes The Flood.

The musical pair of sisters with their topical ditties in Before The Scream Starts. 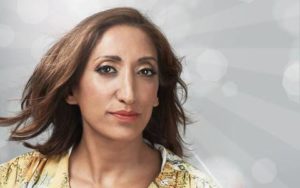 With her latest show, Mirza tries to bring a sense of calm to this divisive world, whether she will succeed in bringing peace will remain to be seen but laughs are guaranteed.

XSMalarkey presents everyone’s favourite burger van owner and the man with the orangiest carrier bags Angelos Epithemiou. On tour with Can I Just Show You What I’ve Got? the former Dutch Elm Conservatoire member (they won the Perrier Award in 2005) Dan Renton Skinner breathes life into his greasy, bespectacled creation.

The exuberant comedian who is apparently diabetic as he notes in Blizzard, his latest solo show. There are tales of diggers too. 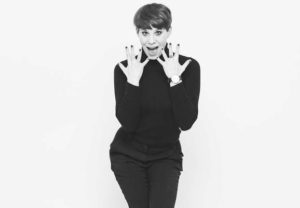 Ruffell appears to have shaken off her anxieties, she’s happy, had telly success and has nailed the perfect lemon cake. She’s decided to Dance Like Everyone’s Watching.

The first venture outside of London for this festive selection of comedy and intelligentsia. Hosted by Robin Ince (The Infinite Monkey Cage) he introduces a range of folk from physicist and oceanographer Dr Helen Czerski, particle physicist Prof Jeff Forshaw and comedy mathematician Matt Parker.