When I first started writing this article I thought it was going to be about feminism and the modern woman, and how women writers struggle to get published.

But that’s not my experience of being a poet. There have been times, admittedly, when I have sent work to journals that have a very masculine appearance and been rejected; but that’s not about me being a woman, that’s about me being a writer. All writers get rejected. I mean constantly rejected. We are such a dysfunctional group of people that a massive part of our own self esteem is written on little slips of paper that more often than not make us feel like we are not good enough. We accept that knock back because at some point a little piece of paper arrives that says not only are you definitely good enough for that publication, but you are really good at what you do. And that’s an amazing feeling. 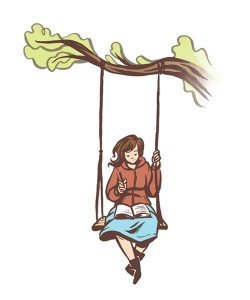 At the moment, I’m in the ‘I’m good at what I do’ phase of the cycle. I found out last week that Flarestack Poets are publishing my next pamphlet, Lapstrake. I was overjoyed to receive the email as I was starting to lose confidence. The poems for this pamphlet are a bit different. A lot of them are structured – one is an ancient Norse form called a Drottkveat, and the pamphlet has a series of free verse poems which talk about my daughter’s death, my grief and my suicidal thoughts. It also has poems written in the voice of a disturbed Norse sea Goddess and a sestina written in the voice of a dead Minke whale. So a bit of a mixed bag, really.

Every writer (and I imagine most people working in the arts) worries about whether they are good enough. When I read Sylvia Plath’s journals and Ted Hughes’s letters, and interviews with big names, there is a common thread. Even if they are competition winners, if they are published by Faber and Faber, if they run writing courses for other writers, at some point they are worrying that they are not good enough. And it gets worse the more you have published. I was much more nervous over the ‘difficult second collection’ than I was about my first. Or was I? Publication number three is no different. Here’s what I fretted about when writing the poems for the new pamphlet:

During the process I was also often thinking this: 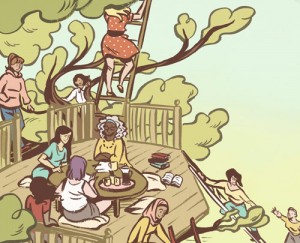 For a long time I failed to realise that the crushing feelings of self doubt (the first list), and the constant cycle of feeling good, feeling crap, feeling good, were common to people working in the arts. I thought it was just me. It was only when I joined a poetry group and talked to other writers that I realised this is the norm for writers.

I read an article on women and confidence, recently, in The Guardian. It talked about ‘Imposter Syndrome’: “a psychological phenomenon in which people are unable to internalize their accomplishments. Despite external evidence of their competence, those with the syndrome remain convinced that they are frauds and do not deserve the success they have achieved”. (O’Conner, 2014) When I read that description I felt a sudden turn in my stomach. Of course that’s me, but it’s also most of the writers I know, too.

Is it a female phenomenon? Like Hilary Devey I’m not 100 per cent convinced. I think the arts attract people who are already a bit fragile and any neurosis nests down in the brain of a fragile person. But I can’t be sure. Most of the writers I know are women, most of the writers I read are women. There’s nothing sexist in that. I don’t hate male writers. I read and enjoy them, but not equally. It’s just that, as a woman, I connect much more easily to women writers. As we all do, I search out shared experience. 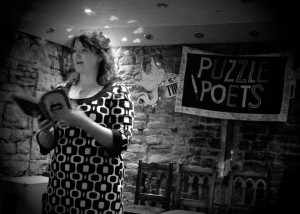 So why do women writers need women mentors? It’s not because of inequality in the writing world. If you look at poetry journals there are pretty much equal numbers of women poets being published. In other genres, well, women short story writers are standing their ground in what is, traditionally, a male dominated genre, as are female novelists. The cut throat world of journalism is still male dominated but women journalists produce some of the best journalism.

I have only been called a ‘poetess’ once in my career. And the gentleman was very sweet and old so I didn’t rebuke him. I am not an anything ‘ess’. I was not a scientess, I have not been a writeress. I have been a waitress once but let’s leave that memory buried and repressed, my customer skills were never the best.

Having said all this, like a microcosm of the workplace in general, the top jobs in the arts still go to more men than women. I’ve not counted but I get the strong impression that there are more male editors than female editors. Women are going to be the underdogs for a long time to come. Things are changing, but they haven’t altered to the point that we no longer need to keep climbing.

Back in the 60s and 70s, women became more passionate about what they could achieve as a gender; we valued women who were making headway in science, literature, education, business, politics and astronomy. We broke through and girls wanted to be like those outstanding women. There was camaraderie, women wanted to reach places they had never been and we saw it as a joint achievement when we got there.

When I see young people (girls in particular) striving to be ‘famous’, I can’t help but feel that we have created a monster. This is due in part to privatising education and making it a domain of the privileged. What sort of aspirations does a working class girl have if their parents can’t afford to send them to university? We have removed the chance for them to work their way up. But there are also fewer women role models, and what happens when a girl can’t see a woman who has achieved something, when the doors to achieving that became so much harder to open because of financial constraints? Then the glint of ‘fame’ seems like an easy way out of a life of drudgery. Unfortunately and somewhat shockingly, fame is not about skill any more – there is a distinction between being successful and being famous. Success denotes that you have become successful at something, fame is just being adored and being paid for it. Of course you can be successful and famous, but we should be celebrating success and passing on the tools of success and achievement.

Often a writing career is not something that happens on a traditional lineage; school, sixth form, uni, writer. What happened with me (and with a lot of writers I know) was this : school, uni, career, sudden realisation that you want to do something entirely different, writer. So it’s as important to give guidance to those ‘grown ups’ who are struggling along as it is to give the guidance to youngsters. 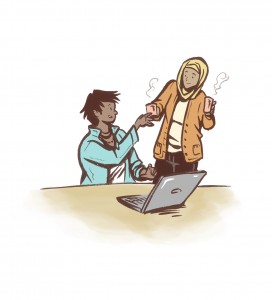 I have been working as a mentor for the WoMentoring project of late. I’ve given advice to two amazing and talented women writers and helped them to develop a critical eye. I found the process fascinating. I’m pretty sure that I learned more from the experience than my mentees. Both of the women were physically isolated and isolated by circumstance. They have young families and they were both unsure of how to progress with their writing, how to submit, what they should be aiming for etc. It was stuff I wish someone had helped me with when I was just setting out.

I was lucky in that, when I was just starting out, I was able to travel to poetry groups and readings and meet people who gave encouragement and guidance. That gave me the confidence to move forward. As a woman, it was important to see women writers who had been where I was, moved forward and made a career out of their work. And it was important for me to recognise in others this sense of anxiety over one’s own work.

I jumped at the chance to work with the Womentoring project, it is so needed and such a good idea. Now I want to spread the word. I want women to support women and I want to be a part of something that celebrates the achievements of women. 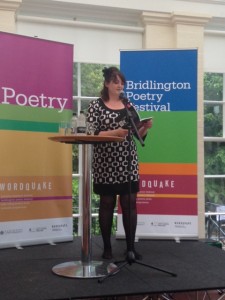 For more information about the Womentoring project, follow this link: http://womentoringproject.co.uk/