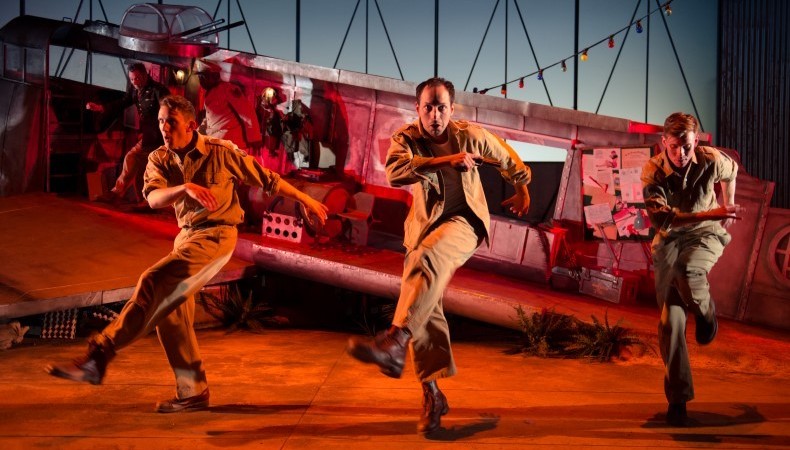 I often sit and think that I am a sane woman in an insane world, especially when I find myself in a theatre with the mysterious sweet-wrapper rustlers, illusive whisperers, confident belchers or those with too weak a bladder to manage a full first act. I often think that the ultimate theatrical catch-22 is that the theatre needs an audience even if the auditorium would be a far pleasanter place without them. Whether or not any of this is politically correct is entirely missing the point.

The point is that a far finer writer beat me to the notion of a ‘catch-22’ by some years. This notion is that there are rules, regulations, or procedures an individual is subject to but has no control over. And, as another fine writer Tracy Letts says in his Tony award-winning play, August: Osage County, about yet another famous writer credited with brilliant ideas, ‘He’s not the first person to think it but he’s given credit for it because he bothered to write it down.’

And so to Joseph Heller’s 1961 bestselling masterpiece Catch-22 (which incidentally first coined the famous phrase of the same name) and the shame that more than 50 years later the central theme of the absolute power of bureaucracy (and in Mike Nichols’s subsequent film in 1970) has not faded from view. One only has to look to the atrocities in Afghanistan and Iraq to be reminded that human greed and corruption prevails.

This production by Northern Stage has carefully poured over the original novel, researched the period and presented Heller’s own script to varying degrees of success. The show is too long and, at this matinee performance, is a rather gloopy, saggy presentation. The piece opens on a protracted lull which the performers never recover from. The whole sluggish first act on a somewhat cumbersome set – a half-shell of a plane – means that the plot claws its way absurdly towards the interval.

But the story picks up its heels in act two. Rachel Chavkin does a fine job of directing and constructing the world’s nonsense and the satire in places really does bite. There is a glorious ensemble cast including Philip Arditti as the central figure, Yossarian, and the infinitely versatile Michael Hodgson who barks his way through Colonel Cathcart’s lines like a mad dog. But the chewy script problems finally defeat the exhausted-looking performers and that’s a shame because I really wanted to like it but it wouldn’t let me. It’s a…well, you get the point.