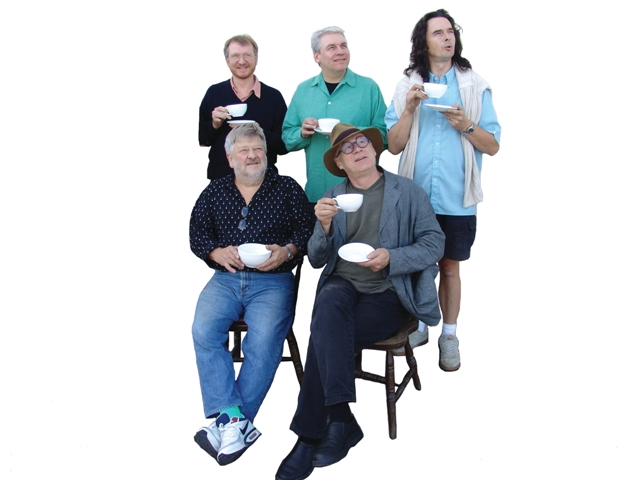 There’s a rule of thumb with comedy songs: they don’t age well. They’re funny only briefly, and they soon end up being the albums at the dusty bottom of the pile. In the long run, it’s probably a mistake to put the emphasis on rib-tickling rather than toe-tapping.

On one level, The Rutles do play comedy songs, and it probably shouldn’t work at all – but it does. There’s a reason for this and his name is Neil Innes. Innes’s pedigree is impeccable: once a key member of the Bonzo Dog Doo-Dah Band, beloved of The Beatles, he’s since worked extensively with members of Monty Python. It was while contributing songs to Eric Idle’s oft-overlooked post-Python series Rutland Weekend Television that Innes first formulated The Rutles, hence the name. They were an alternate-universe mirror image of The Beatles, whose entire career, down to specific songs, was spoofed by Innes with equal amounts of precision and affection. A full Rutles TV movie, 1978’s All You Need is Cash, became a cult hit and many a band’s tour-bus favourite, just slightly ahead of the comparable This is Spinal Tap.

All these years later and we might be forgiven for thinking that the Rutles joke has got old. But they’re starting to sound almost evergreen. They’re so beautifully done, and delivered with such charm and panache, that the conceit still works. The likes of Love Life, Ouch and Get Up and Go are almost directly interchangeable with their original Fab inspirations (mind you, that never did Oasis any harm).  But in many respects it’s when they diverge from the beaten track a bit, with songs such as Hey Mister and Eine Kleine Middle Klasse Musik, that they become an even more interesting proposition. In his Bonzo Dog days, and with subsequent acts such as The World, Innes proved to be a dab hand at intriguing, melodic McCartney-esque pop ditties. The Rutles’s material just flexes the same compositional muscles, but in the service of a dead-eyed parody. Whatever the purpose, they remain great tunes.

There’s not a great deal of ceremony about tonight’s show. At points it’s presented vaguely ‘in character’, with the band meant to be the fictional Rutles, though only Innes, aka Ron Nasty, and drummer John Halsey, aka Barry Wom, remain from the original line-up. Then again, there never was an ‘original line-up’ as such; those early Rutles sketches had some different faces from the subsequent film. As it goes on, Innes drops this act and confesses that the tour was spawned by a simple urge to get out and play the songs. Also, he explains, it’s not an easy band to wrangle. They’re not really a tribute act and, when it comes down to it, they’re not really a band at all. 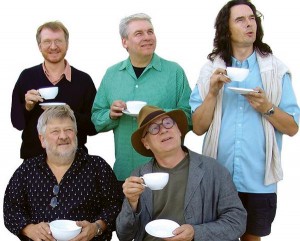 On stage tonight, John Halsey indulges in some fine comic set-pieces – taking a call about a domestic emergency in the middle of a drum solo, for instance – and prog-rock mainstay Mickey Simmonds provides keyboards and a very fitting sense of humour. During the encores, Innes sings the praises of the late George Harrison who was a great supporter of the Rutles project. By way of tribute, they cover Harrison’s All Things Must Pass, entirely straight but without losing their lightness of touch. It’s genuinely touching and perhaps the most sublime moment of the night.

Against considerable odds, then, the Rutles’s songs have transcended their original pastiche intentions. There was already a lot of nostalgia for the Beatles’s heyday by the late 70s; now, the Rutles songs themselves come marinaded in a sense of fuzzy nostalgia for past times. Tonight the merchandise stall is well stocked with t-shirts, but the odds are against them selling anything below a size XL.

Is Innes right about The Rutles not being a tribute band, though? Most tribute bands are formed because the original act has become too wealthy, too grumpy or simply too dead to bother going out on tour. In this respect, the hypothesis rings true. But Innes is a contemporary of the Beatles rather than a Johnny-come-lately sound-a-like. This stuff’s in his blood, just like it was in theirs. And, in that respect, The Rutles have become the very best kind of tribute band, because they’re a tribute to the loveable, cheeky, free-wheeling spirit, and not merely the recorded output of the mighty Fab Four. 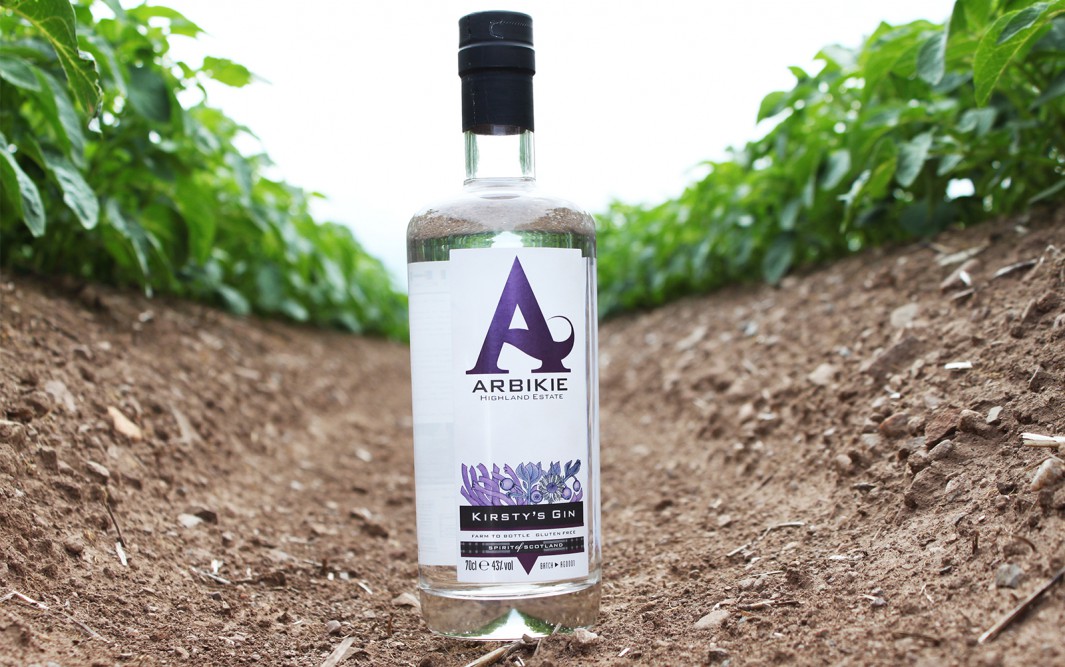 “The North is an amazing place and its potential has never been fully realised.” Edna Robinson, chairman of the People’s Powerhouse 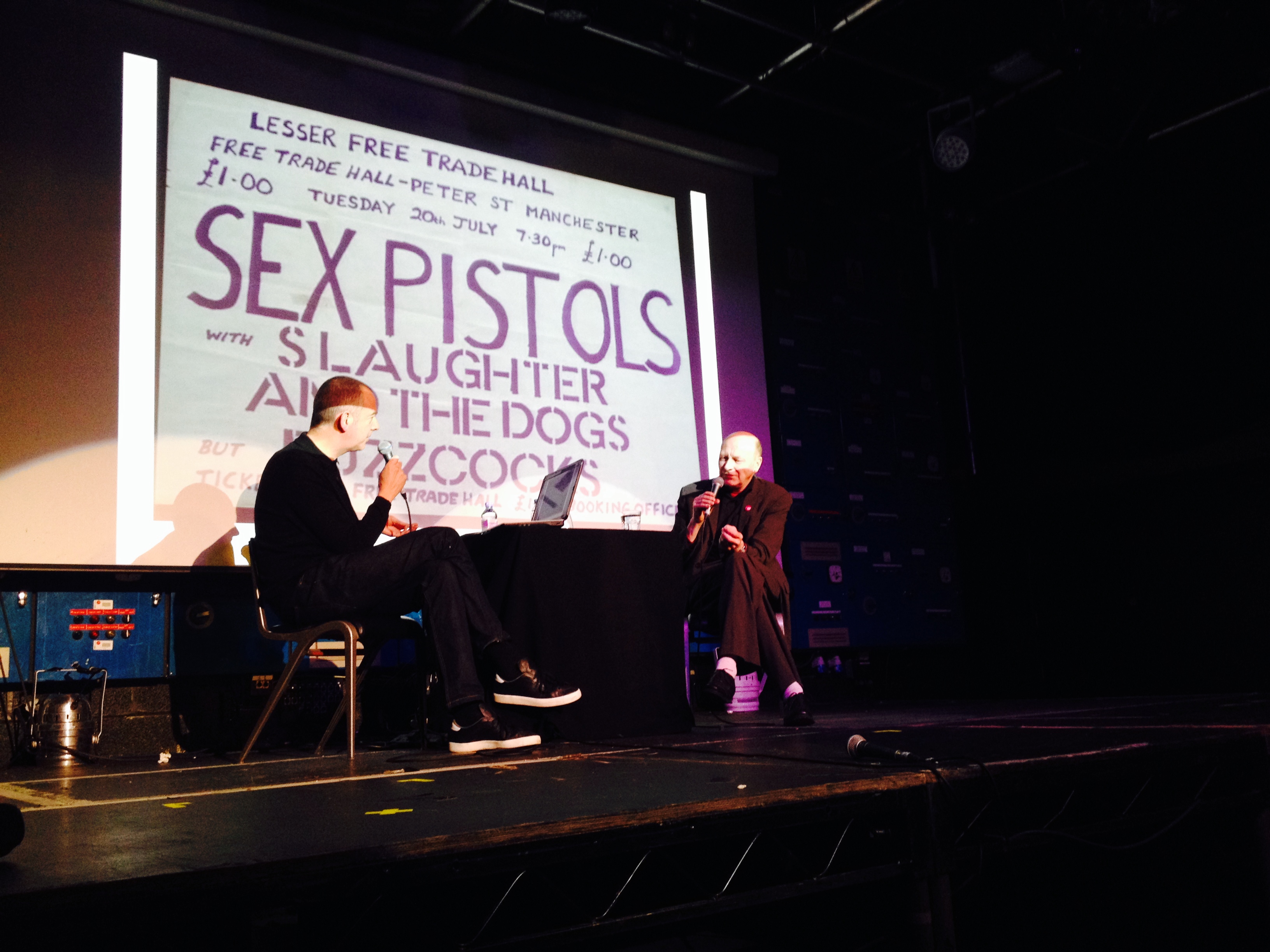 Ever fallen in love with Richard Boon?