Akram Khan: One Side to the Other

Kevin Bourke December 3, 2014 Art, Arts Comments Off on Akram Khan: One Side to the Other 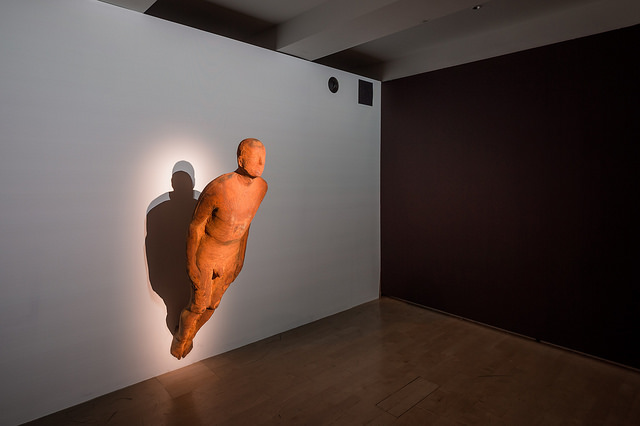 Dancer and choreographer Akram Khan has never been averse to taking risks when it comes collaborating with artists in other media, including Antony Gormley, Anish Kapoor, Sylvie Guillem and Juliette Binoche. Even Kylie Minogue.

But when The Lowry in Salford first approached him to curate the latest in their Performer As Curator series, his first reaction, he laughs, was, “Oh fuck, what do I know about curating? Wow, this is suicidal for them!

“But what was beautiful was that they were courageous about wanting to do something different.” 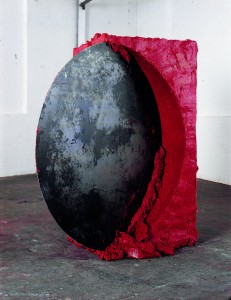 Michael Simpson, The Lowry’s director of visual art and engagement, enthuses that Khan’s show One Side to the Other, which brings together sculpture, photography, painting and film by artists such as Gormley, Anish Kapoor, Kate MccGwire, Serena Smith and Darvish Fakhr, as well as the work of eight-year-old Thomas Newton from nearby Ellenbrook Primary School, has turned out to be “one of the most ambitious exhibition projects in The Lowry’s history”.

He adds: “Handing over the reins of our galleries to a performer from a completely different art form, be they singer, dancer or actor, is incredibly exciting”. And also a bit traumatic, as Simpson and his colleagues were obliged to completely rethink the actual gallery spaces, to the extent of knocking down one of the walls to create the exit Khan had specified. Just before you get to said exit, incidentally, make sure you look down at the skirting board for the last exhibit, a site-specific piece installed by Miz Nakaishi called Fluffs Between The Gaps of Society.

“His exhibition will be a surprise to many,” believes Simpson. One of his personal favourites, and mine, is a particularly gasp-inducing moment early on in the tour involving one of the Gormley pieces.

“It’s not an exhibition in the traditional sense,” agrees Khan. “And I think that was what attracted me to try this. They said ‘just do what you want to do’ and it’s more of a performance space. I’ve worked with visual artists very closely on several occasions and when I look at visual art I’m interested in the space around it. I want to live in the space that the artwork exists in.

“I feel blessed to be born in a generation where I’ve come across Anish Kapoor’s and Antony Gormley’s work. Anish is the only artist, apart from Rothko perhaps, where he doesn’t have to talk about the spirituality of his work. It just is spiritual. He is one of those artists who will be remembered. In 100 years, people will still be speaking his name.” 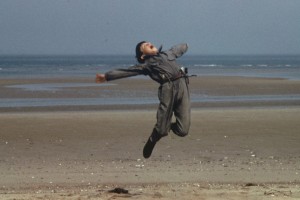 When I ask Khan if there was one particular work from which the choice of the others flowed, he’s quick to offer a slightly surprising answer.

“My body. It contains all of my memories. What Sasha Milavic-Davies, who actually put the exhibition together, did involved interviewing me…a lot. The body is like a museum – you carry your past in your DNA and each generation gets a new collection of memories. We don’t have the same memories, obviously, but we carry something of our past within them. The show is autobiographical in a sense.”

“Rather than a retrospective of his work, it’s more of a one-step back perspective,” offers Milavic-Davies, who went through the whole archive of Khan’s work since the beginning, including all his influences and his childhood education. Khan himself then had the final say on what was used and what wasn’t.

So in a very real sense One Side to the Other is not only curated by Khan but is also about Khan, exploring some of the themes he comes back to time and again in his dance work, including the extremes of things, light and dark, truth and fiction, doubt and certainty.

“I want to awaken people’s senses,” he tells me. “The experience is about my relationship with visual art, or visual things, visual objects.”

All forms of art, he says, are “a great source of nourishment for my mind, my body and my heart. Form is irrelevant, whether it be painting, dancing, singing, acting, because in the end all forms of ‘art’ are primarily about connecting, communicating, telling stories, emotionally provoking the other”. 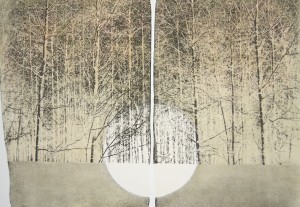 So, finally, after his initial trepidation, how does he feel now about the experience?

“I’ve learned a lot,” he says fervently. “I’ve learned that creativity takes time. I’ve learned about timelines and schedules. My wife is pregnant at the moment and it takes nine months to have a baby, no matter what advances there have been in science or technology.

“I’ve learned that I would have liked to have even more time to create this, my fucked-up Alice In Wonderland.”