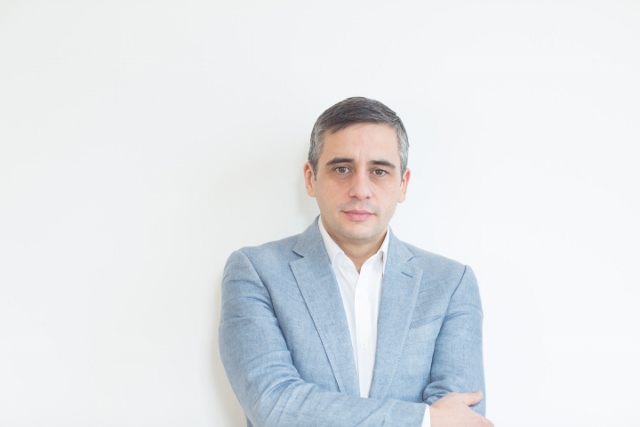 Last time I went to Blackfriars House, I was seven-years-old. It was the school holidays and I’d decided to spend it snooping around my mum’s office and chatting to Pot Noodle Dave. Oh, how things have changed.

The light and open offices of Manchester International Festival (MIF) are a far cry from the grey space my mum worked in, and Alex Poots – MIF’s outgoing chief executive and artistic director – is about as far as you can get from Pot Noodle Dave.

I’m here to chat to Poots about the evolution of MIF, a festival which was a mere twinkle in his eye when he first took the reins a decade ago. And that, in a nutshell, is what attracted him to it.

“I came up to Manchester to have a chat about the idea,” he says. “I remember I was just back in Euston Station and they phoned to say they’d offered me the job. I hadn’t actually applied for it. But I got really excited about what they were offering, which was mainly freedom. Yes, there was financial support, but seemingly no strings attached. Asking Manchester City Council for £2 million in exchange for zero control is almost Kafka-esque. But they saw the logic in it.”

Barely a year into working at the English National Opera, the prospect of starting something from scratch, diving head-first into the unknown, was a risk. But it was a risk that has paid off massively for Poots, and one he is about to take again. With four festivals in the bag, and one more this summer, MIF’s artistic director is jumping ship – or rather, stage – and heading to the Big Apple to work his magic on Culture Shed.

With his departure just around the corner, has he reflected at all on the past decade’s highlights? This question invites something of a knowing smile.

“Making shows is a bit like having kids. You become attached to all of them. You actually spend a year, sometimes three or four, building them with the artist – how could you not become attached? So I’m not really meant to have favourites, but there are a few that stand out.”

It’s obvious that, as Poots starts reeling off his list of highlights, that “a few” doesn’t quite cover it. From launching in 2007 with Steve McQueen’s Queen and Country and the triumphant Monkey: Journey to the West, to Steve Reich’s Kraftwerk storming the Velodrome in MIF09 and Elbow performing with the Hallé, the sheer quality and diversity of MIF events makes choosing favourites not just a question of loyalty but one of huge difficulty.

Towards the end of the list comes the inevitable “oh, how could I forget!” referencing a work that seems to typify the spirit of MIF. “Eleven Rooms was huge for us. That was at Manchester Art Gallery in MIF11. Each room had a performative piece behind a door. We worked with a whole host of visual artists for that.” Having gone on to tour the world, Eleven Rooms captured the idea that Peter Saville relayed to Poots ten years ago: “Manchester is the original modern city. What Manchester does today, every other city does tomorrow.”

“That,” says Poots, “is essentially what MIF is all about, and the focus on new work gave Manchester the reason it needed to launch a festival. If the reason you want a festival is because everyone else has one, that’s a bit lame. If you copy other cities, you’re always going to be second best, at best. But we’re the only ones in the world doing what we do.”

The issue of favourites comes up again when I ask who, of all the great artists Poots has worked with, was the most inspiring. “The problem is, if you single one out, you upset a whole bunch of people.” Okay, so choosing one person may not be the easiest task, but Poots will divulge is a word of wisdom from Steve McQueen: “The most important thing is to make something that should exist in the world.” 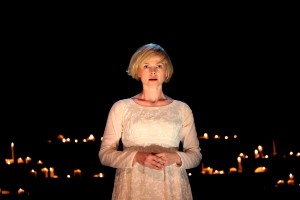 What’s often overlooked is the fact that each festival features only a relatively small number of events, bringing a greater significance to the phrase ‘quality over quantity’. This year, the festival will showcase just 18 performances, so it’s no surprise to hear that Poots abides by a mantra of ‘less is more’.

And this isn’t just applied to the length of the programme. The first MIF event I ever attended also features in Poots’s highlights. “Maxine Peake in The Masque of Anarchy was beautiful. It was so simple, but it was just haunting. The way Maxine handled that so effortlessly was very impressive.”

With that, a look of pride washes over his face, and it’s clear to see just how much he means it when he says “I’ve had a ball”. The question is, why leave now?

“I always said I’d stay for at least three or four festivals. To put all that energy into building something from scratch, you want to make sure it’s solid. You’re only ever as good as your last gig, but recently it’s felt like if an offer came up, the answer wouldn’t just be an outright ‘no’. So when Culture Shed came along, it felt exciting and I just thought, why not? Besides, it’s time for me to give someone else a chance.”

My next question requires ground rules: ’18 extraordinary days’, the cheat-sheet answer that adorns all of MIF’s advertising, is off limits. With that in mind, can Poots sum up the festival in just three little words? Surprisingly, yes. Mmm, I really should have anticipated this one.

“Manchester International Festival” was quite literally staring me in the face. Right – add that to the cheat-sheet and try again.

“Well that just got a lot harder. Innovative. High quality – we’ll pretend that’s one word. And artist-led.” Apparently, Poots is good at bending the rules. Which might just explain why he’s been so successful. Still, this isn’t something you would expect to go hand-in-hand with “high quality”. How do you bend the rules, break into unknown territory and still produce consistently brilliant works? Surely some rules aren’t made to be broken?

“There is a tension between making new work and quality,” says Poots. “The way we get around that is by only working with artists at the top of their game.” He’s keen to point out that this doesn’t necessarily mean artists at their most famous. Kanye West, for example, who Poots says “it was great to catch [him] on the up”.

He adds: “The artists we work with are not only at their most curious – that would have been my fourth word – but in the full swing of their ability. By working with this calibre of artist to develop new ideas and by putting as much support behind them as we can, we’ve been able to minimise the risk.” 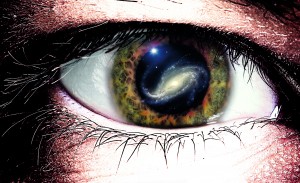 Have things gone wrong? Yes. But at MIF, if something’s wrong, the working premise is that it just needs more time to find what’s right. Take The Age of Starlight. The ultimate aim is to bring state-of-the-art technology to audiences, something so ‘extraordinary’ that it’s still being developed, alongside a commentary from Professor Brian Cox. Originally intended to premiere in full this summer, the event has been postponed until MIF17, and will be replaced in the current programme with a discussion involving its creators. It’s not an acceptance of failure – that wouldn’t be in the spirit of MIF – it’s simply the opening act.

Poots is the first to admit that MIF events may not be everyone’s cup of tea, but the chance to create something that develops an art form makes it worth the risk. That, not making something everyone likes, is the “holy grail”. For a festival that prides itself on originality, pushing boundaries is paramount.

But what of the artists? “My first question, when I approach an artist is ‘what’s your dream project?’ Then me and my team of producers are with them the whole way, whether the show takes six months or four years to make. We try to give them the support they need and do what it takes to make that dream a reality.

“That’s why with Il Tempo del Postino, which had been trying to be born for about eight years in different places, I was able to say ‘sure, we’ll have a live bull on stage’, which of course you shouldn’t really have in the theatre – you know, because it could charge. And why we could do the Matthew Barney work. It was quite extreme, but it was definitely art.” 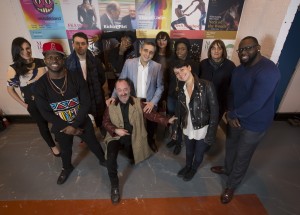 That brings me rather nicely to my final question – the kind of existential crisis you ponder in the shower. Poots talks a lot about ‘artists’ and ‘art’ itself, but what, to him, is art?

“I think it’s a combination of humankind’s unquashable desire to create and the need to respond to the big questions in their subconscious. Add to that an exceptional ability and that fuels a creative person to make art. In every generation, there are a few great artists and they can come from any walk of life. Martha Rosler put it so beautifully when she said that the future always flies in under the radar. Great artists, for me, know that and have the ability – sometimes, not all the time – to tune into that and discover something profoundly awesome.”

And that’s it. In his ten years with MIF, Alex Poots has worked with incredible artists, but he too has shown the ability to tune into ideas that, initially at least, may have sounded too ambitious or out-there and create something profoundly awesome. Whoever MIF announces as his successor certainly has some big shoes to fill.