What’s On in April – Theatre

Stephanie Alderson April 11, 2015 Arts, Theatre Comments Off on What’s On in April – Theatre

Spring has sprung and this month’s theatre productions are as fresh as the weather.

Comedy fans will appreciate Noël Coward’s Private Lives, on until April 18 at Octagon Theatre, Bolton, or Two, on until April 14 at the Theatre by the Lake, Keswick, in which two actors play 14 colourful pub characters sharing their tales, both hilarious and hopeless, from opening time to last orders. The People’s Theatre in Newcastle will be presenting Yes, Prime Minister on from April 21 to April 25. Updated to reflect the (comic) realities of modern government, this adaptation of the much-loved 1980s TV series has lost none of the biting wit and wry satire that made it such a memorable hit. 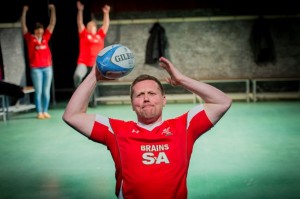 For something more serious, a stage adaptation of Tolstoy’s Anna Karenina is on at the Royal Exchange, Manchester until May 2 and Crouch, Touch, Pause, Engage, a production which narrates the life of the first openly gay rugby player, Gareth Thomas, is playing from April 21 to April 25 at the Liverpool Playhouse.

King Lear will be on at the West Yorkshire Playhouse until April 18, with this tagline: ‘If you’ve seen King Lear before, forget everything you know as Sir Jonathan Miller brings his remarkable talent for detailed human observation to the play. You will see it afresh.’

If musicals are more your cup of tea then the powerfully-sung Jesus Christ Superstar is on at the Palace Theatre, Manchester from April 13 to April 18, and wartime songs are aplenty in We’ll Meet Again on at the Whitley Bay Playhouse on April 29. Matthew Bourne’s The Car Man will be on from Apr 28 to May 9 at Theatre Royal, Newcastle. Loosely based on Bizet’s popular opera Carmen, the familiar 19th century Spanish cigarette factory becomes a greasy garage-diner in 1960s America where the dreams and passions of a small town are shattered by the arrival of a handsome stranger. Fuelled by heat and desire, the inhabitants are driven into an unstoppable spiral of greed, lust, betrayal and revenge.

And something a bit different. Your Country Called…And It Wants You Back at The Dukes, Lancaster is on from April 23 – April 25. It’s a topical and fast paced montage of live music, dance and the spoken word about young people (and first time voters) from around the world sharing their thoughts, opinions and experiences of politics and migration in our world. 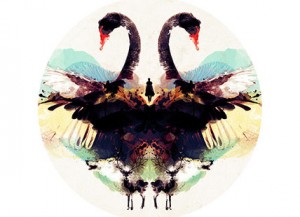 Meanwhile at Cast, Doncaster on April 24, Swanhunter is a new chamber opera from two of the world’s leading opera companies. Based on a gripping tale from the Finnish folk epic The Kalevala, the production sees Opera North collaborate with the acclaimed theatre company The Wrong Crowd to create an inventive fusion of opera, puppetry and live action.