Write to Play is a bold new writing initiative from Graeae Theatre Company. It is committed to developing the skills and experience of deaf and disabled writers. In the second of our series, one of the participants explains how it all works and what it means to her.

Gaining a place on the Write to Play initiative has been a gift.

Not only are my talented peers and I (Danni Skerritt, Helen East, Helen Martin and Jackie Hagan) offered workshops with great playwrights (so far, Debbie Tucker Green and Bryony Lavery), we’re mentored for a year and have access to opportunities with Graeae’s partner organisations that other emerging playwrights can only dream of. We’re paid too. Not metaphorically. Not in ‘theatre-pounds’. With actual money! 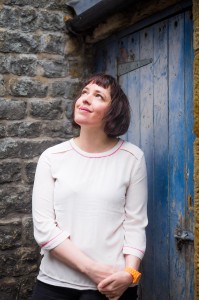 It kicks off with a boot camp called Playwriting 101. Within the first minute, I am approached for a hug. Ah, here surely is the touchy-feely theatre world in which I have been longing to work for so long. So now I’m expecting a week of sympathetic looks, beanbags, offers of head massages. How wrong I am.

We are put though our creative paces by tutors Kate O’Reilly and Mike Kenny with exercises on character, form and the new – to me – skill of embedding audio description into the texts of plays to be performed for blind and visually impaired audiences.

We receive talks from members of the partner organisations, among them the very welcoming Hayley Greggs from the Liverpool Everyman and Playhouse, straight-talking Elizabeth Newman from Bolton Octagon (who puts us in the picture about just how much money it costs to stage a play…so it had better be good, she stresses) and Suzanne Bell from the Royal Exchange in Manchester who explains exhaustively the many ways in which the theatre can support us.

Lastly, we all discuss what is happening in the lives of many disabled people since changes were applied to the Independent Living Fund (ILF) and Access to Work. Statements are read out from artists whose most basic physical needs are barely being met. It’s distressing to hear that it’s nigh on impossible for them to work and, in some cases, just living day-to-day is a constant battle. We end the week feeling angry on behalf of these artists, yet buzzing with new ideas and a resolve to play a part in effecting change. 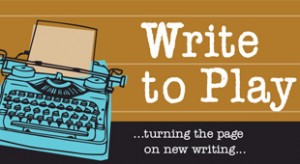 I’m elated to hear that I’ll be mentored by Selma Dimitrijevic, artistic director of Greyscale theatre company. I’m already a fan of her incredible play Gods Are Fallen And All Safety Gone. She is a demanding mentor, while being gentle, kind and insightful. As an experienced writer and – importantly – as a director, she raises fascinating points concerning actions and metaphor in my writing.

Casting is taking place and we writers are preparing for the first of our ‘Miniatures’ – monologues that we will share in April in front of an invited audience. So chuck me a beanbag. I can’t wait.

Karen Featherstone is one of five writers on Graeae’s Write to Play programme, in partnership with Manchester Royal Exchange, Liverpool Everyman and Bolton Octagon. For more information, visit www.graeae.org

To read the first article in this series click here