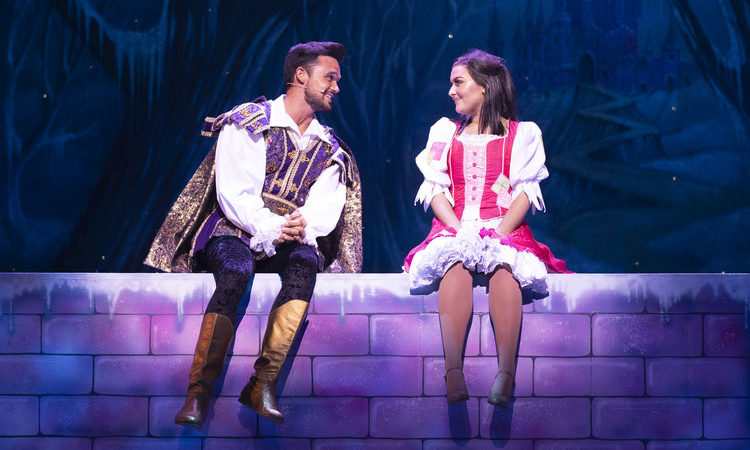 These are tumultuous times for the Opera House pantomime. For many years it was the province of writer, director and regular Dame Eric Potts, until last year’s show, Dick Whittington starring John Barrowman and The Krankies, which went on to generate many angry column inches (steady) with its unbridled smuttiness.

This year’s Cinderella is more of a back-to-basics affair, starring Gareth Gates as Prince Charming and pairing Coronation Street enemies Les Dennis and Connor McIntyre as the Ugly Sisters. It’s directed by Guy Unsworth and scripted by Scottish panto veteran Alan McHugh – familiar in some circles as one of the team from Limmy’s Show, weird fact fans.

Not all the gags are uproarious, and the pacing is odd, with a really leisurely first half and then a sprint from Prince Charming’s ball to his wedding in 20 minutes. The endless string of Corrie references gets a bit wearing – was this sort of thing funnier and more charming when Granada was just across the way rather than over in MediaCity? – and some of the material is on the blue side. That’s a long-established element of panto but extreme caution is advised with the Barrowman/Krankies naysayers still on the horizon. 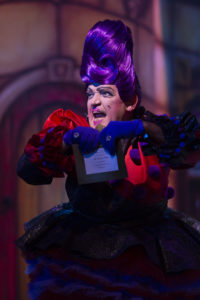 The choreography is terrific though and many of the best moments in the show have some connection to music. There are lively routines set to reworked Greatest Showman songs – surely the sound of a family car journey in 2018 – plus a version of I Will Survive complete with Village People dancers, one of whom appears to be Donald Trump for some reason.

Gareth Gates comes across well as a game but unassuming Prince Charming. Fairy Godmother Hayley-Ria Christian really gives it some and demonstrates that she can sing the flippin’ house down. As Michaela, Les Dennis knows his way around a panto show no bother, whereas his oppo Connor McIntyre seems to be underplaying as Phelina, which is curious when you’re wearing a succession of the world’s most outrageous outfits. Whether it’s a conscious choice or a lingering hint of embarrassment, it actually kind of works. 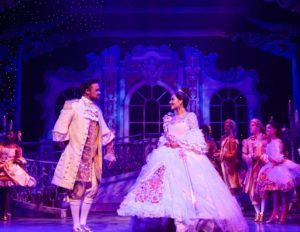 Shannon Flynn is sweet and likeable as Cinderella, always a pretty thankless role. The real revelation tonight though is Ben Nickless as Buttons. Somehow coming across like Stuart Maconie’s naughty twin, he’s a riot, gifted with the golden panto twinkle. He gets all the biggest laughs (and the heartiest cheer at the walk-down) and is key to many of the show’s best moments, including a routine with a stack of album covers, a duet with a talking teddy bear of Take That’s Rule the World and a glorious set-piece involving Cinders, Prince Charming, Bryan Adams’ (Everything I Do) I Do It For You and a wall.

There are times when it just trundles along pleasantly and could do with more moments of mad invention, though the magic coach is no slouch in this department. Nevertheless, as a whole Cinderella hits the spot and adds up to a brash, funny festive night out. If they don’t sign up Ben Nickless to the Opera House shows for the rest of his born days, though, they need their heads feeling.