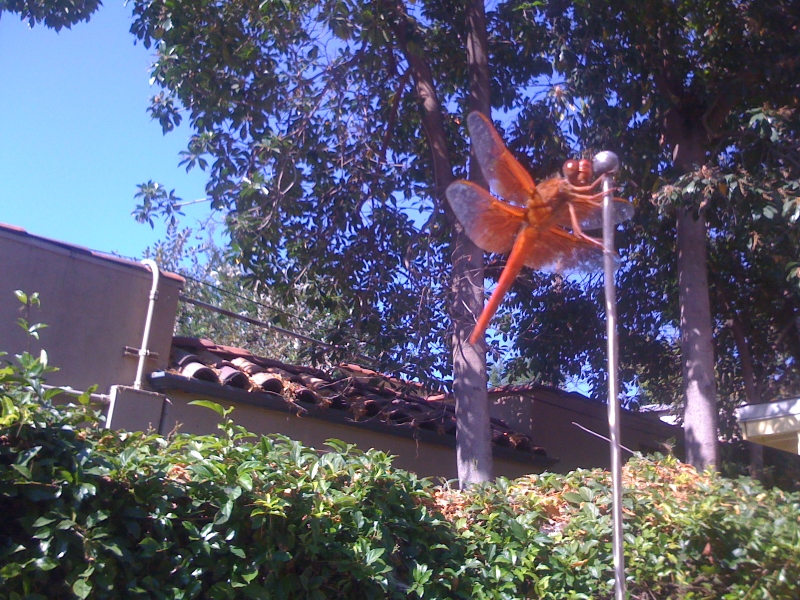 My friend Bob has a possum story. Finding a smelly dead one in the road, and being a responsible citizen, he shovelled it into a plastic bag and hauled it into his trash can. Later when he opened the lid, the possum (opossum) leapt out. So possums do play dead. And, by the way, they have 50 teeth.

Bob also told me the most horrible animal tale I ever heard. But I’ll save that til the end.

Until I came to California I only had two animal stories. One was from my friend Marion, who was taken to the circus by her aunt. They were chuffed they had front seats – until an elephant had diarrhoea. The circus sent them home by taxi, in robes. 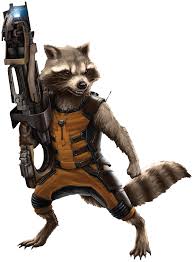 Then there was the time when I lived in Leeds, next to an allotment. From the oven came sounds like those made by a hamster on a wheel. When I opened the door, a mouse who had squeezed up the gas pipes was swinging on the rails. I screamed and slammed the door. Later I opened it, gingerly. The oven was empty, a relief, since friends were coming for dinner. Luckily the lid was on the dish I’d been keeping in there. My guests liked their curry.

But here animal stories are commonplace. We have many weird and wonderful creatures, from skunks to the hummingbirds darting round our fountain, to dragonflies which perch on the aerial of our red car when it’s parked in the sun. Apparently the latter are usually sexually active females mistaking the reflection from the red paint for water and looking for poolside action. I prefer the whimsical explanation that souls of the dearly departed inhabit dragonflies to say hello. Nicer than thinking they are just randy girls on the pull.

The smells of Southern California are strong. Night-scented jasmine, eucalyptus leaves, and the sulphurous and slightly sweet smell of shy skunks. My partner Bill and I don’t mind the smell, but then we’ve never been squirted. Friends whose dogs have been targeted tell of multiple washes in vinegar-laced water before their canine friend is welcome indoors again.

Driving late at night the smell sometimes seeps into the car, and Bill and I compete to see who detects it first. “Skunk,” one of us cries victoriously. But when going through town we’re never certain whether we’re smelling skunk or marijuana – they smell so alike. We’re pretty sure the whiff in the cinema is skunk rather than a skunk, but in California you’re never sure. Animals get everywhere. 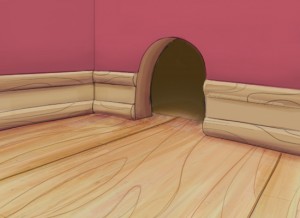 The arch-shaped mouse holes where walls or doors meet the floor in Tom and Jerry are rooted in reality. One night after falling asleep to the sound of crickets chirping and squirrels pounding across our roof, we were awoken by the loud and primal sound of gnawing. Summoning the courage to leave the bedroom, we saw an arch like that on our kitchen door, but it was so big we figured it wasn’t a mouse, but a rat or, gulp, possibly something bigger. There were a few more nights of nibbling, and mornings when we were greeted by mini piles of wood shavings. Then it went. Now we keep the doors closed. Even on the hottest days.

Rocket Raccoon is my favourite character in Guardians of the Galaxy, but real ones scare me. One got into a friend’s living room once, maybe from a one-way pet door allowing only access. Feeling trapped, the poor thing had torn up the place. Coyotes are also dangerous to know. You see sad notices about missing cats and small dogs stuck on lamp posts.

Mediterranean fruit flies, newish residents of Southern California, are party crashers – they are drawn to alcohol. No wonder cartoonists depict drunks surrounded by them. A friend grumbles she can’t leave a glass of champagne unattended for long before it attracts these beasties. Luckily she normally doesn’t…

As I type, a flock of squawking parrots has just gone overhead. To see creatures we normally associate with the tropics flapping their wings furiously in the sky, or roosting in cages, is surreal. The common explanation for the Pasadena parrots is that they are descendants of birds which escaped or were set free from a nursery or garden centre fire in the 50s or 60s. Other theories are that the parrots migrated from Northern or Central Mexico, or were black market birds released by smugglers. What is certain is that they’re multiplying and interbreeding. 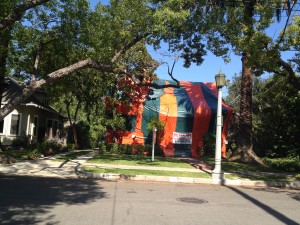 Having a termite inspection on a house you’re buying can be as important as a having a survey. Termites are rampant, and since there are so many wood-framed homes there’s plenty for them to eat. Houses are ‘tented” during fumigation. It sounds horrible, but the tents often add a splash of cheerful colour to the neighbourhood.

At least termites don’t usually attack humans. But something bites me to buggery in the summer. Neither the doctors, pharmacists, nor hours spent Googling has identified the culprit for sure. Spiders? Ants? The bites itch, swell, and blister, leaving round craters on my legs. The scars don’t fade till Christmas.

At the other end of the size spectrum, just a few miles away near the mountains, are bears. One man saw a bear eating leftover birthday cake from his trash. The bear and her two cubs spent the next few hours climbing from tree to tree before ambling home.

My ‘bin’ story is less dramatic, but creepier. Our gardener removed a scary swarming wasp nest from our patio roof. Using a broom, he calmly knocked it into a bin, slammed the lid and warned us not to open it for a while. Days later, standing well back, I bravely levered the lid with a stick. There was not a wasp to be found. They had feasted on each other.

Now my friend Bob’s other animal story. It could happen everywhere, not just here in California. His house had mice. One morning he popped a slice of bread in the toaster. Then he noticed a funny smell and hanging out of one slot, a tail… 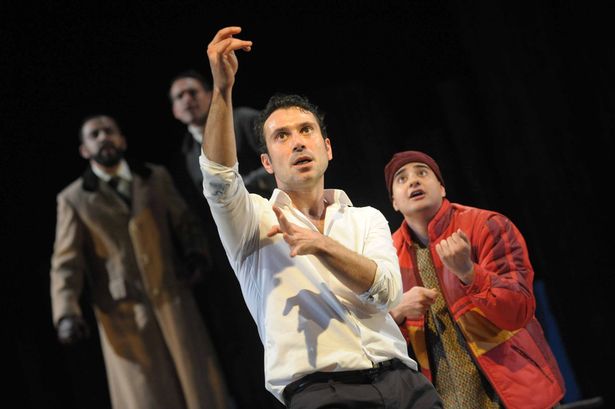 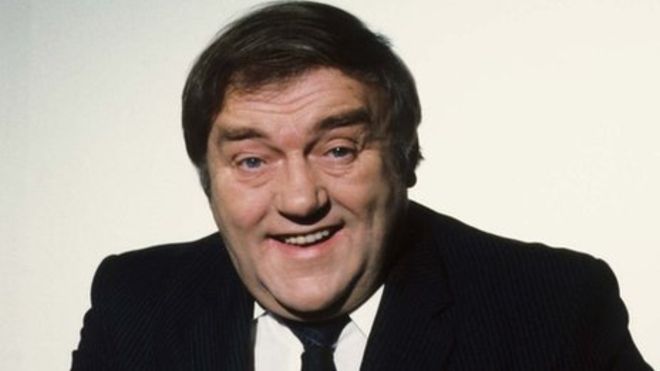 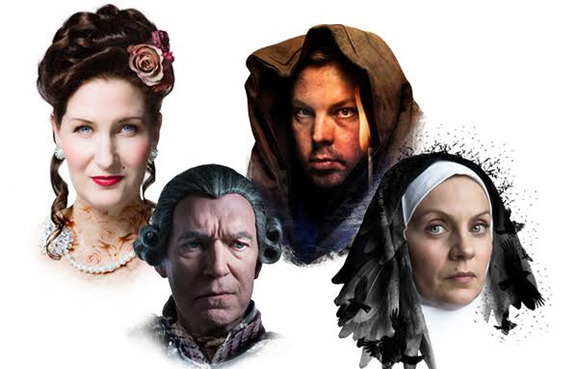