What’s On in April: Comedy

Marissa Burgess April 1, 2016 Arts, Comedy Comments Off on What’s On in April: Comedy

There’s no big eggstravaganza (sorry) for April this year but there is plenty of comedy in Manchester. Knock yourself out with this eggsciting (I just can’t help myself) lot.

Comedy @ Chorlton Irish Club, Fri April 1, £12 /£10 adv
Regular funnies in Chorlton with the wonderful mime of The Boy With Tape On His Face, seasoned and solid stand up from Sean Meo and the quirky and sharp Grainne Maguire. Ray Peacock emcees. 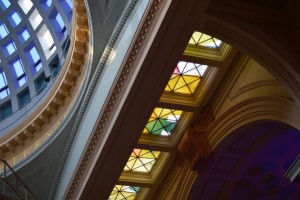 Comic FX, Royal Exchange, Fri April 1, Free
Teatime comedy in the grand surroundings of the Great Hall at the Exchange with the fast rising star who is Hayley Ellis.

Group Therapy, Gorilla, Sat April 2, £11 (£10)
More mega comedy from the GT guys. Adam Bloom is a critically acclaimed comic with a cerebral line and he’s joined by the entirely silent former street performer The Boy With Tape On His Face who is never short of magical. The mad Phil Ellis comperes too.

Laff Til Ya Fart, Frog and Bucket, Sun April 3, £7
A fine line-up of black comedy from Trevor Dwyer Lynch’s bi-monthly night at the Frog.

XSMalarkey, Pub/Zoo, every Tuesday, £3 members, £5 non members (£8 to join)
As ever Malarkey’s has a fine line-up all month. Beginning with Canadian live wire Phil Nichol on the 5th, uncompromising Scot Paul Pirie on 12th, comedy royalty Naz Osmanoglu on the 19th and Best Newcomer nominee at last year’s Edinburgh Fringe Adam Hess on the 26th.

Barking Tales, Zombie Shack, Wed April 6, £5
The monthly comedy night that tackles mental health head on, and in a funny fashion. This time there are performances from Danny Pensive, Katie Mulgrew, Jay Hampson and of course MC Harriet Dyer. 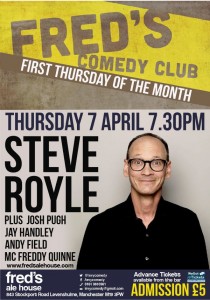 Group Therapy, Gorilla, Mon April 11, currently SOLD OUT
Given his apparently effortless stand up, John Robins latest show Speakeasy has already sold out in this GT outing. Nevertheless, try them for cancellations, you never know.

Trapdoor Comedy, Various venues, Mon 11 – Wed 13 April, £5
This month it’s the mischievous Ray Peacock doing the Trapdoor rounds. Lewis Charlesworth joins him at The Railway in West Didsbury, Jason Cook is at Solomon’s in Withington and The Spinning Top Stockport and David Stanier at The Old Monkey in the city centre.

New Comedians, The Comedy Store, Sun April 17, £4 (£2 conc)
Despite his boyish looks, Oldham comic Alex Boardman has been a well respected act on the comedy circuit for two decades. Here he gives the next generation of acts a platform as he introduces ‘new comedians’.

The Delightful Sausage, The Castle Hotel, Tue April 19, £3 (free conc)
This month Alasdair Beckett-King opens the show while also promoting the launch of his new computer game Nelly Cootalot 2. Then the second half of the show is dedicated to experimental new material performed against the clock. 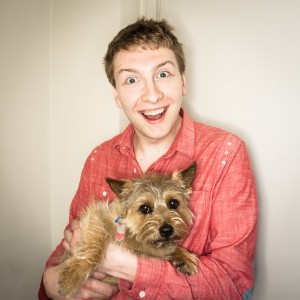 Joe Lycett, The Dancehouse Fri April 22, £14/£12 conc
Lycett continues his series of shows with groan-worthy puns in the title with That’s the Way, A-ha, A-ha, Joe Lycett and tries to convince us that he is an “absolute lad”. Expect a full show of tightly written gags.

Sidekick Comedy, Mon April 25, Polari at Via, £2
Fine bijou gig in the basement of Via in the Village. As ever Kate McCabe introduces the unpredictable Phil Ellis – you might want to keep an eye on your shoes – plus support from Lizzy Galbraith and Paddy Young.