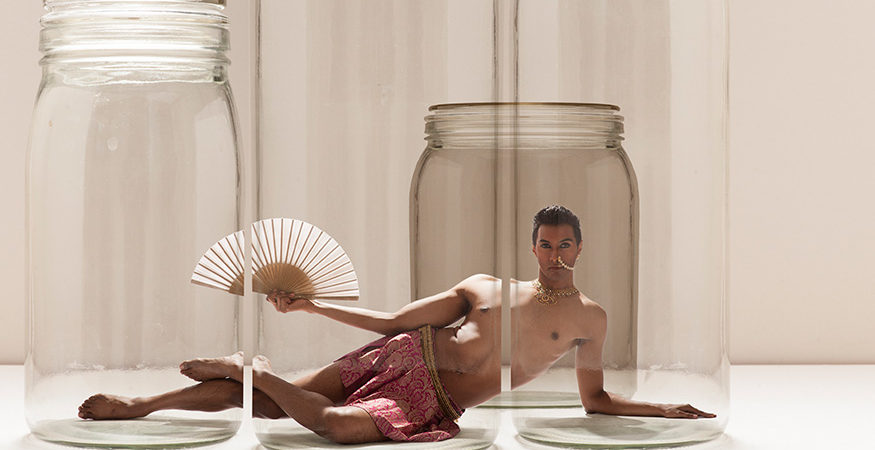 Shobana Jeyasingh wants to make it clear that the world premiere of her Bayadère – The Ninth Life at Salford’s Lowry this week is not simply another version of Marius Petipa’s famous classical ballet La Bayadère.

The British choreographer, who grew up studying the classical Indian dance form bharatanatyam and launched her own company in the late 80s, says: “I’m sure a lot of people might have thought I was just going to do an Indian classical dance version of the ballet, which premiered in 1877. But actually that’s not at all what I’m interested in because the figure of the bayardère has got very little to do with Indian classical dance. What I was really interested in was ‘why does the India of La Bayardère look nothing like the real India?’ And how was it that this lady became representative of Indian temple dance? The answer to that is fascinating.’ 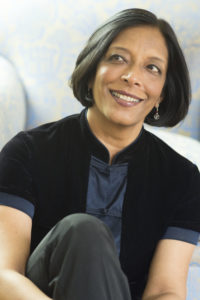 She recalls her own first encounter with the classical ballet in the 90s. “I was excited to see it. I knew it was about an Indian dancer, and one is always drawn to narratives that feature something that is about yourself. But I left feeling puzzled.”

Now Bayadère – The Ninth Life, her collaboration with award-winning theatre designer Tom Piper, perhaps best known as co-creator of the famous ‘Blood-Swept Lands And Seas Of Red Poppy’ installation at the Tower of London, is an attempt to find an answer to that puzzle, and a radical reworking of the ballet.

“The idea was sloshing in the back of my mind for more than 10 years, and I developed this kind of love-hate relationship with the ballet,” she says. “One of the reasons that it got more complicated than I’d thought it would be and took so long to come to fruition is because, when I started to research why Petipa had wanted to set the ballet in India, I realized that there had been a huge fashion for things oriental then. So, when I was expecting only to engage with the ballet, I found myself engaging with the history of orientalism in Europe.

“In fact the first person to introduce the idea of the exotic Indian temple dancer was Marco Polo in the 14th century and since that time people who had never seen an actual Indian temple dancer felt obliged to come back home and write their travelogues building on this idea of the exotic creature. So much so that in 1838, long before this ballet was thought of, an entrepreneur in Paris decided to go to India and see what these exotic people actually looked like. The French had a colony in Pondicherry where he managed to find three dancers and some musicians who he brought to Paris by ship, which must have been a very strange experience for them. They made quite a stir, performing at The Aldwych in London as well as in Brighton, Vienna, Antwerp, Versailles and, obviously, in Paris. But they completely disappeared from cultural memory because people didn’t like what they saw and preferred their fictional bayadère.”

The first version of Jeyasingh’s piece was commissioned for the Royal Opera House’s studio theatre The Linbury, a much smaller space than The Lowry.

“One of the things I had been trying to do was to look at this concept of orientalism. As a design idea, it was a bit challenging because obviously it’s a very alluring image visually and that was why people had fallen in love with it. But my piece is almost a critique of orientalism, so in the first version we didn’t actually have a set as such, it was more lighting and a bare stage. In this version I decided to let the set and the visual design have a much greater role to play in communicating some of the ideas behind the piece.” 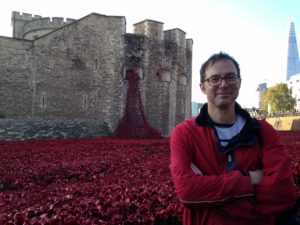 Piper, who also designed the Manchester Theatre Award-nominated Endgame at HOME, had worked with Jeyasingh on a workshop for a different project.

“That helped, but it’s a big challenge,” he agrees. “Creating a critique of the original ballet, which is what Shobana wanted to do, is quite difficult to do in a non-verbal medium. Overall, I do think that appreciation of design is getting better but it seems that many theatre critics are, understandably, more comfortable with the words, or with talking about acting and they’re not always quite so visually aware. That’s why I often try to talk about the process. Even if you do end up with an empty stage, that is actually a deliberate decision you’ve made in conjunction with other people.

“What I love about theatre is that you are actively engaging with people’s imaginations and my wife actually made a t-shirt of something a critic said about one of my designs, which was something like ‘this design has no sense of time, place or atmosphere’.”

On the other hand, Piper’s installation ‘Blood-Swept Lands And Seas Of Red Poppy’ installation at the Tower of London in 2014 did catch peoples’ imaginations. It had more than five million visitors, with a similar number likely to see it on tour, so Piper is good-naturedly resigned to talking about it.

“Of course, way more people have seen it than have ever seen any of my theatre shows,” he laughs. 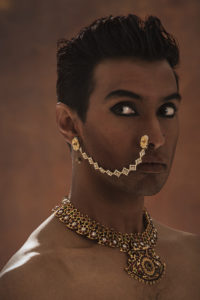 “It was a very overwhelming phenomenon which took us all by surprise. In a sense, that was because so many people felt ownership of it. Lots of people were involved in the creation – all of the people in Paul Cummins’ team who made the poppies, all of my team who built the structures, and then you had the 21,000 volunteers, who all felt they were part of it too. Then you had that huge outpouring of public interest and emotion. For me it was that perfect combination of two metaphors, the individual and the epic working together which to me is a very theatrical thing. You focus on the individual but you also see the bigger picture.”

For this iteration of a work that Jeyasingh had been pondering for so long, she decided that Piper’s design approach was a perfect way to address a larger stage with a different scale. But how to actually address this complex subject through dance?

“I found the words of Théophile Gautier, the 19th century French poet, dramatist, novelist, journalist and critic, who was one of the first people to see the real Indian temple dancers, very useful to further explore what people expected out of an exotic bayadère, “ she says.

“But the first question was ‘do we need to tell the audience the plot?’ because I can’t take for granted that the audience will all know what it’s about. I decided to tell the story through two young British Asian men, who are conducting a conversation via WhatsApp, which immediately puts a kind of historical length on the story. Through these two men, we are introduced not only to the main characters and the story but also to an attitude to the story, because most young men who saw the ballet now would surely find it very strange and puzzling, as I did.” 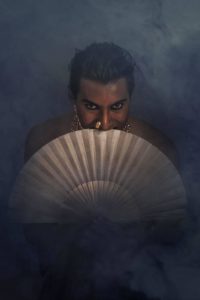 Bayadere – The Ninth Life is at The Lowry in Salford, September 28-29, 2017. For more information, click here.