Hmm. Ominous silence from Putin’s St Petersburg, cradle of the October Revolution, in its centenary month. Well at least the St Petersburg Symphony Orchestra was making plenty of noise in absentia as it blasted Russian music out to a music-hungry house at Leeds Town Hall.

In fact, there was an air of noisy anarchy outside as drunkards swerved along the pavements with red wine spilt like blood over their shirts, but that could be any city centre on a Saturday night, St Petersburg or Leeds.

This concert, part of the Leeds International Orchestral Season, featured two Russian masters, Tchaikovsky and Prokofiev, with a conductor from Kazakhstan and a solo pianist from – no, not Moscow, Manchester. 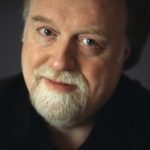 But Mancunian Peter Donohoe, with his imposing white goatee and bearish stage presence, could easily have passed for a 19th century Russian composer. The conductor, Alan Buribayev, conducting in the jumping-up-and-down style, warmed up his orchestra gradually with Prokofiev’s 1917 ‘Classical’ Symphony – more a Haydn tribute than in the ‘neo-classical’ style, which Prokofiev famously dismissed as “Bach with the wrong notes”. By the third movement, the SPSO had found the depth of sound it needed to wake up the sleepy acoustics at the back of the hall. And Buribayev showed he is a conductor of electrifying speed and power as the orchestra surged through the molto vivace fourth movement.

At quite a pace was how things went after that – give or take the odd time-out for scene changes, including wheeling the grand piano like a giant coffin across the stage and rearranging the string seating so women were seen playing as well as men – thankfully unlike 100 years ago.

Goaded by Buribayev’s racing tempos, Donohoe gave Tchaikovsky’s Second Piano Concerto his body and soul, displaying the usual chicken headshakes of an engrossed virtuoso. He gave the piano eloquent and clear voice, even amid the roar of intermittent orchestral cannonades. But the most moving voices – which spoke loudest of the big, sobbing bear of Russian Romanticism, from which era the music came – were those of solo violin and cello in the second movement Andante. Their rich, vibrato beauty out-sang the piano in places, but that was more down to Tchaikovsky than Donohoe, who played with poise and power, especially in the fiery (‘con fuoco’) final movement.

After the interval, any hot embers were doused with tears as the orchestra played passionately Tchaikovsky’s 6th (and final) Symphony, the Pathétique, over which the composer confessed to having “wept copiously” while composing. 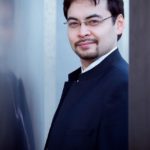 Orchestra and conductor wore the Pathétique’s pathos on their sleeves in the highly emotionalised opening movement, but after a back-breakingly vivacious third movement, where Buribayev’s brilliance was again revealed to be in his stoking up of incendiary music, it was hard to remember why it had all been so sad.

Then came the Finale, the immortal Adagio lamentoso. With backs and conducting land-speed records broken, there was nothing left to break but the heart. This subdued and poignant valediction from a composer who died only weeks after the work’s opening night in 1893 was played with touching sensitivity as the sorrowful fading notes of Tchaikovsky’s musical ebb-tide washed over the audience. And it was followed by possibly the longest pre-applause silence in musical history, which left Leeds Town Hall in ominous silence – a bit like St Petersburg in October – until they were allowed to clap like a colony of sealions in appreciation.