Emma Yates-Badley May 21, 2019 Authors & Reviews, Books, It's Not Grim Up North, Northern Soul writes... Comments Off on Book Review: Animals Eat Each Other by Elle Nash 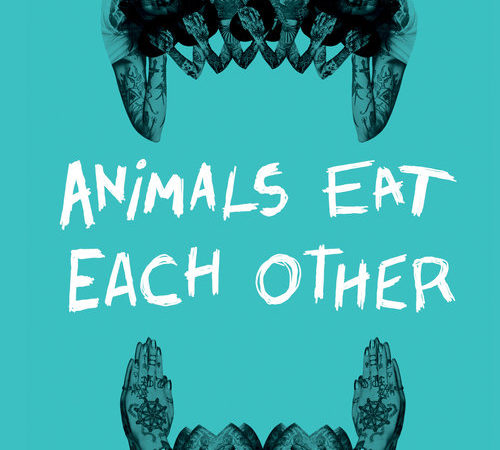 This might sound weird but I love reading books where I spend time with objectionable fictional people. While the characters in American author Elle Nash’s debut novel Animals Eat Each Other aren’t entirely morally repugnant, they’re not exactly the sort of people you want to be best pals with either.

The unnamed 19-year-old narrator spends her time getting high, snorting her mum’s pills and having sex as a means of self-validation. While these factors could, and would usually, inspire sympathy, she’s reckless, openly destructive and appears fully aware of her actions.

When she becomes involved in a polyamorous sadomasochistic relationship with Matt and his girlfriend Frankie, we’re pretty sure that things aren’t boding well. Her obsession with Matt and an overwhelming need to be loved (yet not necessarily be in love) cause her destructive and manipulative behaviours to spiral out of control. Occasionally I felt something close to sympathy, but it was fleeting. While Nash creates characters who are well-rounded, lending a sense of reality to the narrative, they possess few redeeming qualities – if any at all. Is our narrator being horribly used and discarded? Or is she the one using others? The lines are blurred.

While the narrator expresses a longing to be close to another person, she sees validation and the need to spark sexual desire in those around her as the most important thing. It’s here where Nash excels. She describes the human need for acceptance perfectly and how this is sometimes derived from being perceived as a sexual object. The narrator sleeps with her friends and manipulates those around her. But these people (despite their protestations) are complicit in the pretence and take advantage of a young girl dealing with absentee parents. 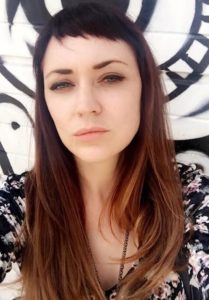 The novel is an interesting analysis of how, on occasion, what people want the most can be the very thing that destroys them. It’s a powerful portrayal of how human beings can be hurtful and egotistical when at their most fragile. It’s also an interesting comment on the world we navigate when growing up and the confusing mixed messages fed to young women about desire, love, their own bodies and attitude to sex.

Nash is a great writer and observer. The small details are outstanding – the focus on a cupid’s bow as someone slathers on Chapstick, the picking of a newly-healed tattoo, smells, colours, mundane everyday domestic furniture juxtaposed with sexual violence and fraught scenes – and the novel is so honest in its brutality that it could be mistaken for a memoir. The prose is gritty and piercing. 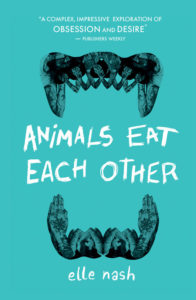 However, at times Nash seems to force content into the narrative and some scenes don’t add anything relevant to character development or plot. In the beginning, the sexually explicit and violent scenes (for those who might find this unappealing, the novel literally lays it all out on the coffee table in the first paragraph) are necessary to the narrator’s experience, but I skipped through some of the later sex scenes because they felt repetitive. But then, perhaps Nash’s monotony represents the narrator’s increasing detachment from intimacy? She writes: “I forgot that I was just a girl working at Radio Shack who has slept with her manager, that I was just a girl, that I was me, that I was anything except for the thing Frankie named me, that I was anything else but Lilith.”

In the end, I didn’t feel that the graphic passages were included for titillation or glamorisation. Yes, there’s a lot of drinking and drug-taking, but maybe I’m missing the point. Either way, the text failed to hold my full interest. That’s a real shame because it could have been something brilliant. It’s a slim debut which I read within a few hours, so it wasn’t a chore. I expected more. I’m just not sure what.

Animals Eat Each Other is published in the UK by 404ink and is available to buy now.

Tags: 404ink, Animals Eat Each Other, books, Elle Nash, Emma Yates-Badley, It's Not Grim Up North