It is one of my good fortunes to visit Barcelona twice a year, something I have done since 2011. I almost feel like a returning resident.

I stay in the Gracia district, far from the madding crowds of La Ramblas and Barceloneta. While a tonic for the economy, the tourists are driving the Catalans crazy with their uncouth behaviour and bad manners. I avoid the tourist hangouts where the paella and sangria joints proliferate to feed the clichéd tastebuds of the lumpen visitariate. My great pastime is to seek out the authentic taste of Catalan cuisine, so it was with anticipation and pleasure that I received the invitation to review Lunya, a Catalan deli and restaurant on Manchester’s Deansgate not 10 minutes from my front door.

Lunya was launching its new summer menu, full of classic dishes and new takes on old favourites. As the hungry critics arrived, I was offered a traditional El Banderra Vermut to wet my growing expectation. Served over ice with olives and a slice of orange, it was appetising with a bittersweet tang.  A classic aperitif so good I had two. We were then taken upstairs to the well-appointed dining room and a long table conducive to fine-eating and good conversation. Peter and Elaine Kinsella, the hosts and owners, made us feel welcome with some well-chosen words and a glass of Las Corazas macabeo blanco as the first courses began to arrive. Let the tweeting begin. 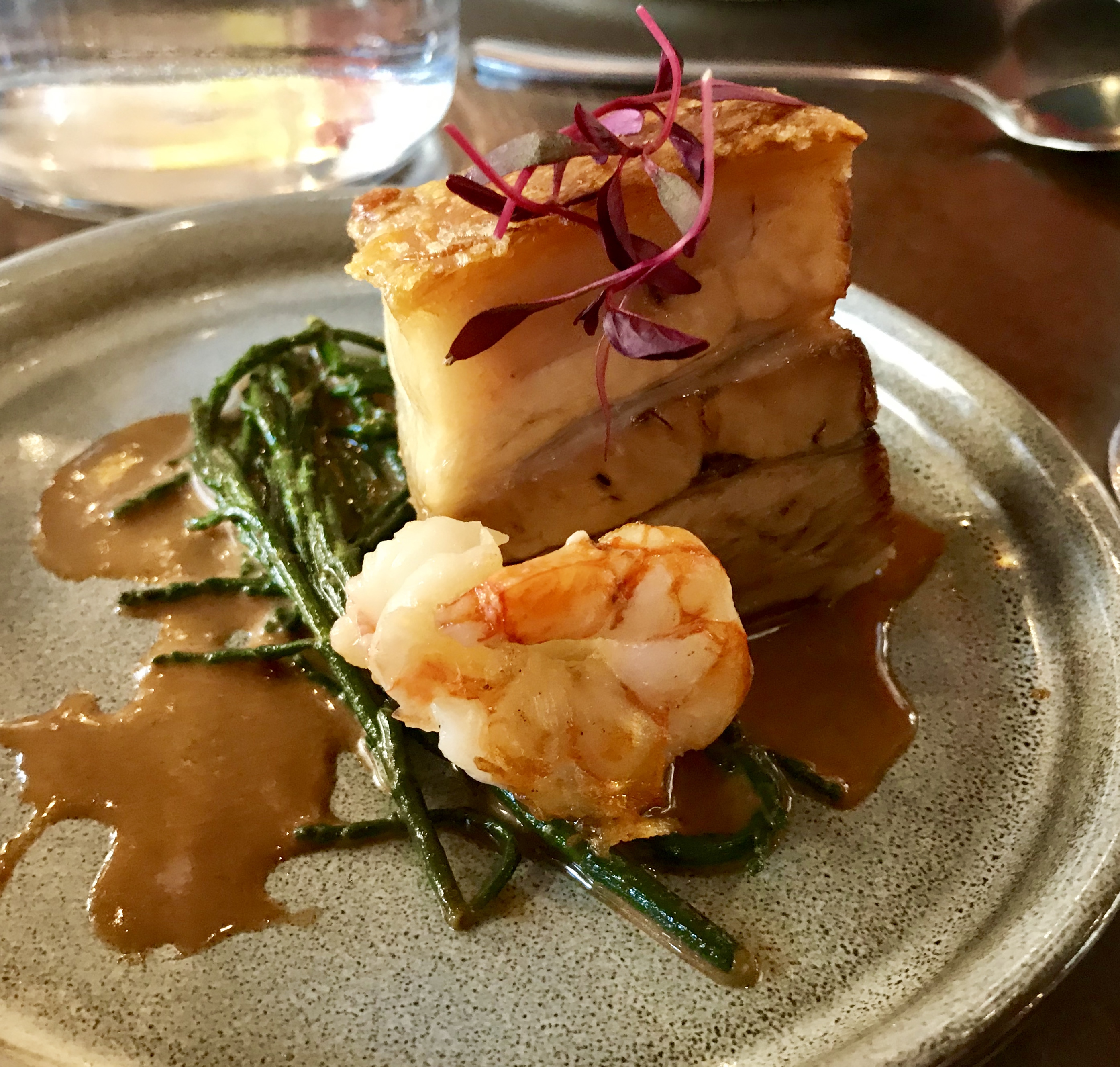 Tender Iberico pork ribs opened what was to be a long, luxurious lunch. Seasoned with tamarind and fennel, they were slow-cooked until the flesh fell from the bone without much coaxing, and supported by a pan con tomat which no Catalan table is without. To follow was a Mar y Muntanya’ (sea and mountain) dish of belly pork in a langoustine bisque and dressed with a red prawn, as well as a Suquet (mussels in a fish broth) and a picada of chopped almond bread. This melody of meat and fish is the true taste of Catalonia, and one I look for every year. Here it was on my doorstep. 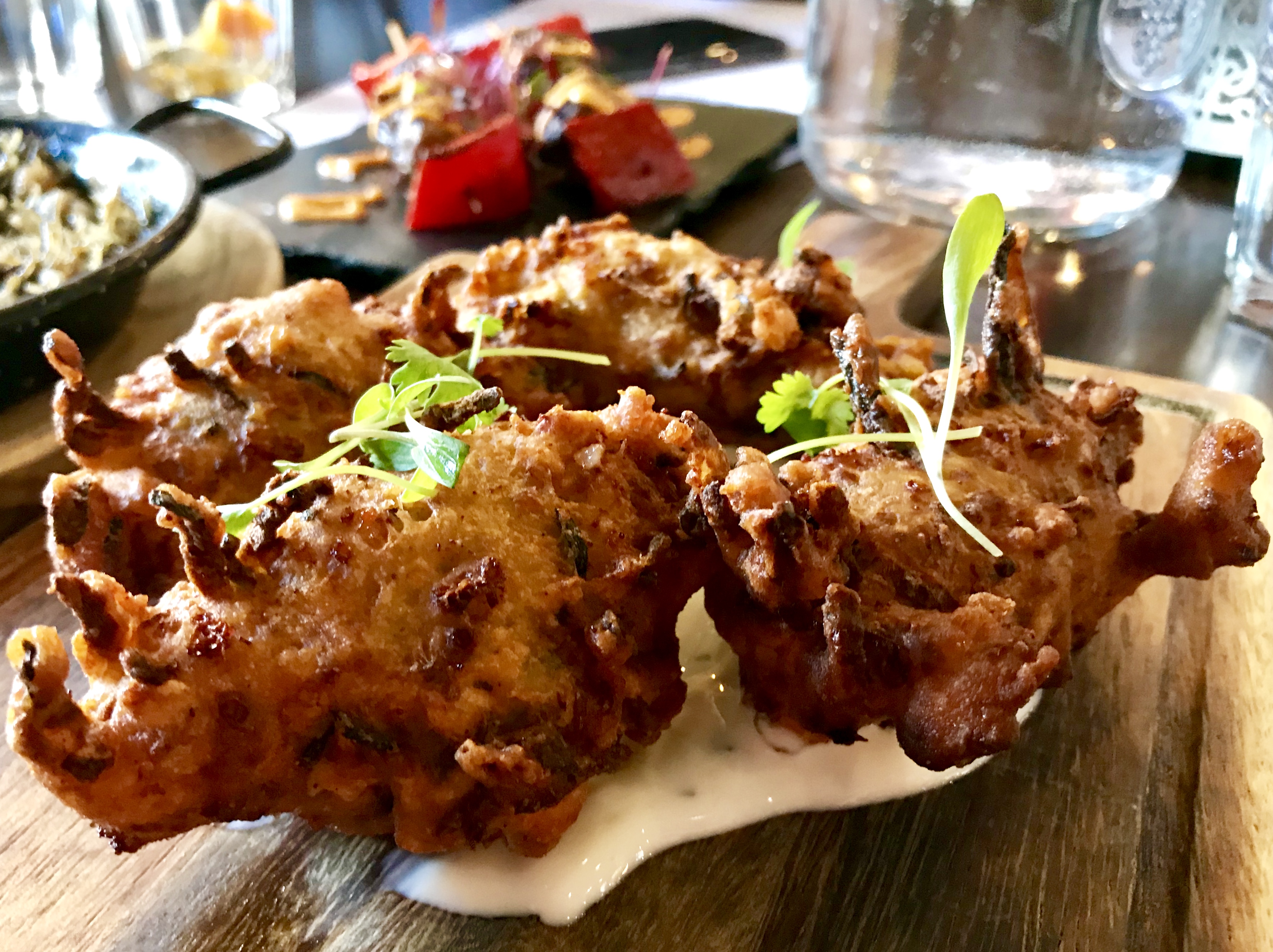 Two fideua dishes arrived, one blackened with squid ink, studded with calamari and a dollop of aioli. The second came with vegetables and piquant paprika. Fideua is made with fideo noodles in place of paella rice, a real authentic favourite of mine. More vegetables came with Cocido de Verduras, a stew of beans, peas, spinach, mint and hazelnuts, Courgette and Garrotxa frituras, delicious deep-fried fritters, and a heavenly dish of Coliflor, roasted cauliflower florets dusted with zahtar served with pickled shallots, almond satay and coriander. We finished with a simply superb plate of Bacalao, salt cod on a bed of pea purée and a slice of crispy Serrano ham. 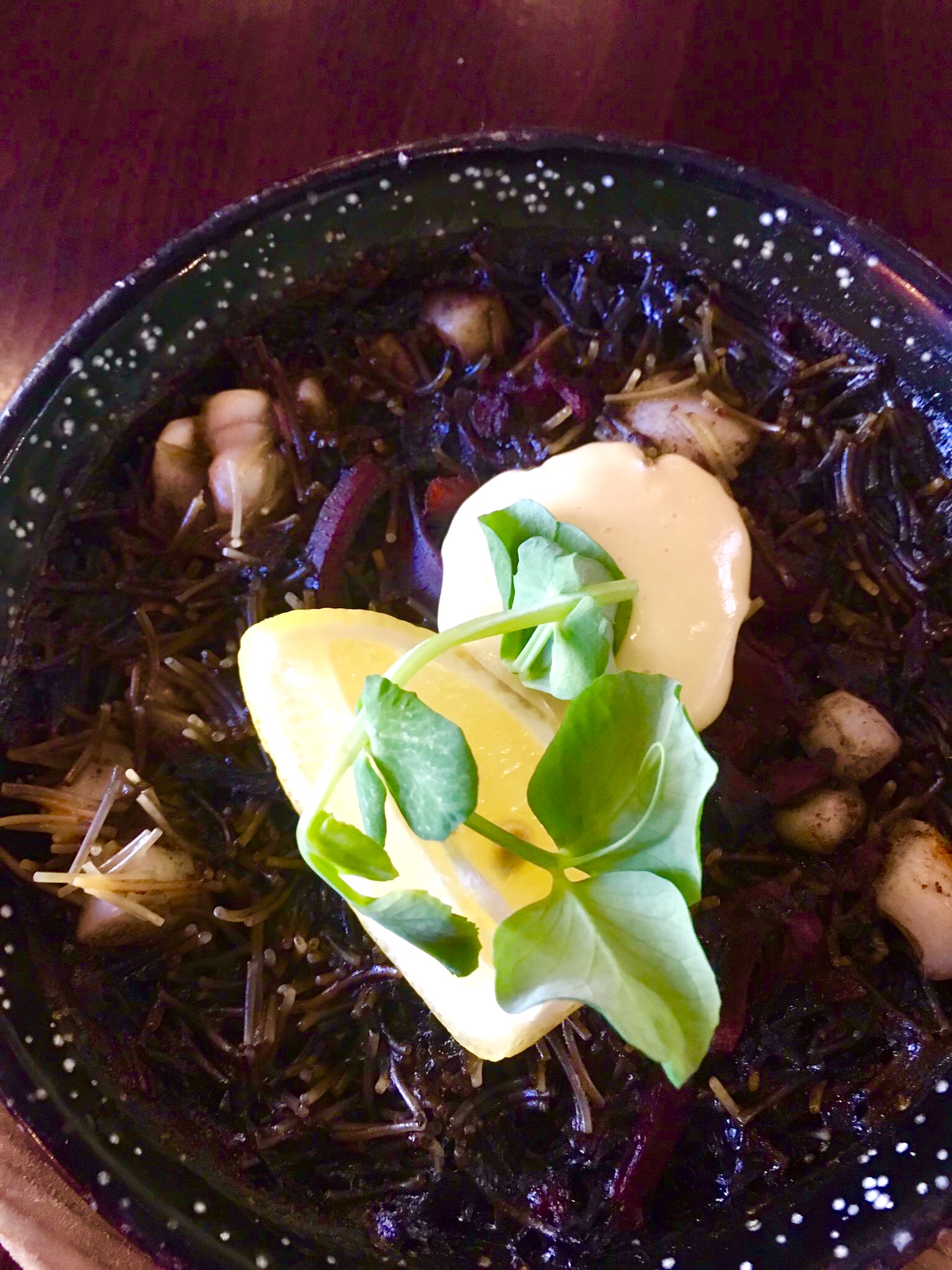 Some three hours after arriving I waddled my way down Deansgate to an inviting couch and a well-earned nap. My thanks to Peter and Elaine and the staff at Lunya, long may their knowledge and enthusiasm for Catalan cuisine continue. It was a feast worthy of the Catalonian epithet, ‘Molt Be’!