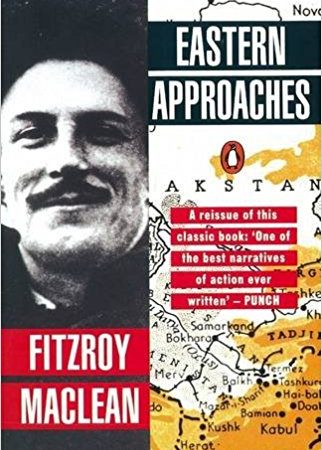 Last year marked the centenary of the Russian Revolution. In the fifth of a series of articles for Northern Soul, Alfred Searls explores how 1917 – and the Soviet society which developed in its shadow – has been portrayed by writers since that momentous year of revolution.

You couldn’t make up the life of Fitzroy MacLean. Born in Cairo, this scion of Scottish gentry was raised in Italy and educated at Eton and Cambridge before completing his studies in Germany, just as the Weimer Republic was giving way to the Third Reich. Later, in just seven years, his career took him from diplomat to private soldier; MP for Lancaster to officer in the SAS; commander of the British Military Mission in Nazi-occupied Yugoslavia, and finally in 1947 to the rank of Major General at the age of 35.

All that takes us to where his splendid 1949 memoir, Eastern Approaches, leaves off. But the book begins with his departure from a comfortable posting as a diplomat in Paris to take up a new job in the British Embassy in Moscow. Soon we’re accompanying him on one of four remarkable great journeys he undertakes into the Caucuses and Soviet Central Asia.

Reliable first-hand observations of life in the Soviet Union in the 1930s are rare, which makes Maclean’s book even more valuable. At a station restaurant in Barnaul he details an encounter with two successful Soviet citizens; one a foreman in a building organisation earns 900 Roubles a month and the second, an engineer, earns 1,000 a month. Both are happy with their lot and sing the praises of the State, seemingly sincerely. At other times he meets peasants who complain bitterly of the poverty in which they live, struggling to feed their families on 100 Roubles a month on the despised collective farms where they’re forced to live, farms where none of the modern machinery they’re sent ever works properly. 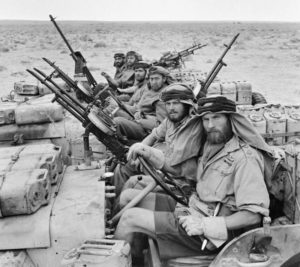 In Samarkand, in the shadow of crumbling mosques, he sees a party of Uzbek school girls (such a thing having been unthinkable until the revolution) being briskly drilled by their teachers, marching in fours and singing hymns of praise to the glorious leader. Later he witnesses Turkomen being deported on mass to Central Asia and later still ethnic Koreans being deported in the other direction. But it’s in his description of the great Stalinist show trials of 1938 that MacLean really comes into his own.

His is an important eye-witness account to the bizarre, savage theatre of repression that gripped the world in the spring of that year. Stalin’s great terror was at its height and his victims now included old comrades such as Nikolai Bukharin, whose charge sheet was, in common with the rest of the accused, wholly ridiculous. MacLean’s account is gripping and his forensic analysis of why people with impeccable Bolshevik credentials should have been so willing and convincing in their admissions of guilt is both shrewd and fascinating. 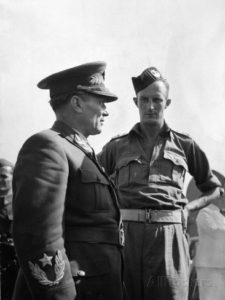 At the outbreak of the Second World War, MacLean found himself in a quandary, desperate to join up but stymied by the fact that as a diplomat he was in a reserved occupation. Using a little-known codicil, he pointed out to his employers that while he was forbidden from resigning in order to join the army, he could do so to pursue a career in politics. He promptly handed in his resignation and caught a cab to the nearest recruitment office where he enlisted as a private soldier.

After some months, officials in the Foreign Office began to get the feeling they’d been had and started to make noises about recalling Maclean from the army, prompting him to seek election as MP for Lancaster, a seat he held for the next 18 years.

Not long after this the Right Honourable Fitzroy MacLean was posted to North Africa where he served with distinction with the newly formed SAS. Following on from his exploits in the desert he also found time to kidnap a troublesome Persian General in Iran, before being personally selected by Winston Churchill to become head of the Allied Military Mission to the partisans fighting the Axis forces in Yugoslavia. To say he had an eventful war is something of an understatement.

Maclean’s own Golden Road took him to places no outsider had visited for decades, places of magical, mystical memory including Bokhara, Tashkent and Samarkand. His account of his wanderings rivals that of Patrick Leigh Fermor in his great travel memoir A Time of Gifts. Yet in repeatedly documenting events and places, which few people with an independent voice ever saw, Maclean also left behind a valuable historical document.

Life is hard. We all need the Crumpet of Courage. pic.twitter.com/v9cWSS1JsM