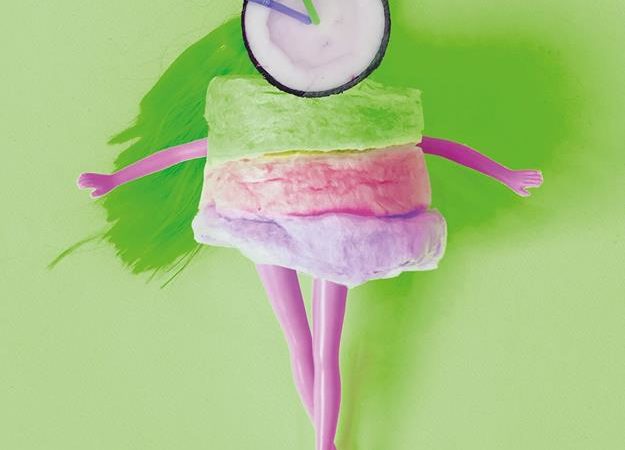 In the normal course of things, the brevity of the short story can ensure that even the most elegant of constructions, the most cathartic of conclusions, can fade from the memory.

Baret Magarian‘s achievement in this collection of seamlessly constructed confections is to fashion secrets and epiphanies that outstay their telling. As its title suggests, while the anthology brings together a range of tales, distinct in genre and register, there is a thematic pivot common to all; the moment when ground that was once thought solid gives way beneath one’s feet and certainty collapses into the revelation of what else one might be.

It’s a moment that is variously sought out, revealed by circumstance or avoided. In Island, a parable, perhaps, of self-willed narcolepsy, the suggestion is that it is wished away. Island in many ways encapsulates the best of Magarian. Its central conceit (“there is no time on the island”) can be read in several ways, but this elegant avoidance of the definitive enriches, rather than cheapens, its strange potency. The same might be said about the compression of the literal and metaphorical, which paradoxically imbues the narrative with the weightlessness of dreams.

In some of the shorter stories, this reduced gravity can work against the reader’s investment in the protagonist. The intrusion of political realities into Island, insisted upon by Efharis, the girl who disrupts the dream, gives consequence to the narrator’s decision as to whether to submit to the erotic glamour of her opposite. If the balanced facets of Island can be said to be flawed, the fault lies in a perfection. Magarian, like Douglas Coupland, has a weakness for characters who articulate with all the eloquence of his own cleverness. Of course, naturalism is not essential in dialogue, especially in contexts which are themselves non-naturalistic, but (if only occasionally) the burnish of Baret’s eloquence severs the suspension of disbelief with its almost Wildean sharpness. 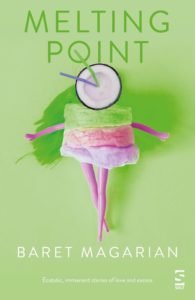 This flair for phraseology is deployed with exemplary control when serving as the narrative voice. Its pitch is tuned exactly to the tone of each tale and while the crests of striking phrases break through the prose’s tidal surface, as when the stoic wife of Balls’ protagonist is described as having “been squeezed through a sieve of bereavement and heartbreak”, it is never at the expense or sense of its onward flow.

If Island has something of Kafka in its depiction of a purgatory of license, Balls is closer to Roald Dahl in the twist of its authorial knife. Magarian’s delight in the dressing-up box of generic conventions, and the confidence with which he coordinates their accessories to complement the tales he tells, is infectious.

Perhaps the best example of his deceptive ease with the splicing of genre conventions is The Fever; an appropriately hectic nightmare of noirish tropes (a motel room numbered 13 and a kiss from a woman with a past) that contains its excesses at the exact point before its excessiveness overheats into kitsch. It’s a bravura performance like Kiss Me Deadly remade by David Lynch somehow burned into paper.

Yet within these multitudes, something of Magarian remains distinct. Perhaps it is the reverberation of recurrent motifs – expensive holidays in other people’s mysteries – or his aforementioned flair for forging metaphor? But the double helix of his authorial DNA is evident in each one of his disparate progenies.

Melting Point is that rarest of things; a collection that will return to the reader as often as the reader returns to it.

Melting Point by Baret Magarian is published by Salt and available to buy now.