Review: The Rise, the Fall and the Rise by Brix Smith Start

When Brix Smith first arrived in Manchester back in May 1983, she experienced an almighty culture shock.

Then just 20-years-old, she’d had a privileged but far from harmonious upbringing in Los Angeles and Chicago. A major fan of post-punk and new wave music, she’d become obsessed by The Fall, and had fallen in love with the group’s idiosyncratic lead singer Mark E Smith. That’s why she found herself moving into Smith’s drab Prestwich flat, and then, in short order, becoming his wife and a key member of The Fall during one of their most creatively and commercially successful periods. 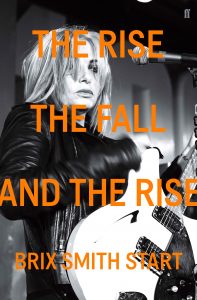 Brix has since remarried and now lives down South as a big name in fashion circles. But she’s back in Manchester to mark the publication of her memoir The Rise, the Fall and the Rise. At Ruby Lounge, Brix is in conversation with Abigail Ward of the Manchester District Music Archive before playing a live set with The Extricated, a band chiefly consisting of ex-Fall members.

Now, clearly the Fall angle dominates proceedings to a large degree, and sure enough the audience features many Men of a Certain Age dressed in standard issue Indie Black, smiling and nodding at every mention of her legendary guitars ‘Whitey’ and ‘God’ or 1981’s Slates EP. Later they’re treated to pounding performances of Fall classics including Big New Prinz and Squid Lord, this last delivered with particular aplomb, quite possibly because of its much-remarked similarity to the Stone Roses comeback single All for One.

Of course, the locus of all this activity is Brix’s book, which, it has to be said, is a right curate’s egg. Her story is fascinating but her writing isn’t any great revelation. It certainly has its moments, and can be jaw-droppingly candid at times, but it often seems to be straining for lyricism only to end up tangled in new-age therapy speak. For instance, the final word of the book, revealed with a grand flourish, is ‘vibration’. Gloriously, at times other examples of this (“I allowed myself the honour of missing the songs, people and experiences I had once held dear”) butt right up against phrases she’s presumably picked up in Britain (“I couldn’t get a word in edgeways”). 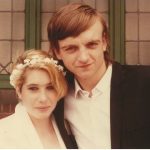 Truth be told, the appearance of Mark E Smith, wayward, remarkable character that he is, gives the whole story a lift, and the Fall-era material is perhaps the strongest and most satisfying section. It’s awkward to admit, but the fact is that when Brix is a fish out of water or just plain up against it, the book becomes a darker and much more engrossing read. By way of contrast, the fairy-tale of Brix’s recent life – finding true love, forging a very successful career in fashion – could well try the reader’s patience. One particular passage about her fascination with denim goes on for a good couple of pages, but Lord, it feels a lot longer. It’s an object lesson in the argument that personal happiness doesn’t necessarily make for great art.

It has to be said that in prose Brix has virtually no sense of humour, and this can make the book a chore at times. To her credit, though, she demonstrates a pretty keen eye for drama and for detail, and consequently the material covering her relationships with Mark E Smith and Nigel Kennedy, and her fallings in and out of the music industry, is vividly told. On occasion, the contrasts between characters are extremely striking. Of one of her beloved pet pug dogs, Brix remarks, “We have a very special bond. I feel like I’ve know her spirit through many lifetimes”, something that it’s hard to imagine Mark E ever saying about anyone. 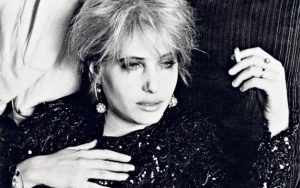 In person at Ruby Lounge, Brix reads selected passages and fields questions, and in the process she comes across as affable and enthusiastic, with far more human warmth than she does in print, qualities which Q&A chair Abigail Ward does well to draw out on the night. In general, promotion for the book has drawn comparisons with Viv Albertine’s terrific 2014 memoir Clothes Music Boys – itself the autobiography of a female post-punk guitar icon also published by Faber – but this doesn’t quite hit those heights. It’s a decent read, but not much more. There’s also the question of who the readership might be. Not to be prejudiced here, but the Fall faithful might not necessarily overlap with the fashionista demographic, so it’s an inevitable downside that large swathes of Brix’s life story are likely to interest certain readers more than others.

Overall there are better books on The Fall out there, though Brix’s insight is inarguably unique. She remains a fascinating figure in the flesh but sadly this memoir comes with a nagging sense of disappointment.

The Rise, the Fall and the Rise is published by Faber & Faber and is available now in hardback and e-book formats