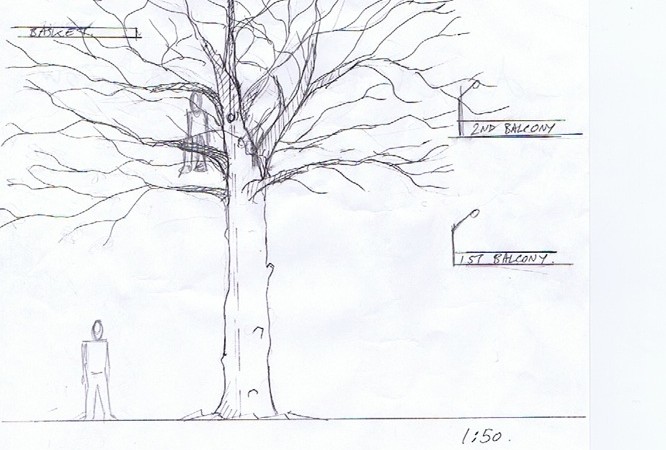 Daniel Kitson has made an art of taking the unconventional route. As a stand-up, he’s largely given TV and radio the swerve. You’re not likely to see him pop up on Live at the Apollo or on the panel for 8 Out of 10 Cats (though he did do a brief, awkward stint in Phoenix Nights). He doesn’t do press interviews or release DVDs of his live shows. If you’re not there in the audience on the night, you’ve missed it. As a result, Kitson’s shows carry a true sense of occasion, and by honing his chosen craft in this way he’s become one of the more acclaimed comics of his day.

With Tree, Kitson is – sorry – branching out into theatre work, with much the same approach. In line with his solo shows, the content has been kept pretty much secret. The audience could well arrive knowing next to nothing about the piece except that one-word title. There’s no interval, no mid-show pass-outs and a firm ban on photography. So it wouldn’t really be playing the game to unveil every last detail here, suffice it to say this: an (unnamed) man arrives for a rendezvous at a tree. Looking up, he sees another (unnamed) man sitting in it. With time to kill, the two men start talking about how and why they’ve ended up here. And that’s it. Pretty much.

Kitson’s oppo in this two-hander is Tim Key, himself a greatly admired and very idiosyncratic comedy performer, with a particular penchant for poetry and music. Many readers will have spotted him in Alan Partridge: Alpha Papa this summer, playing the expansively duct-taped Sidekick Simon.

In the wrong hands, let’s be honest, this could be awful, toe-curling would-be ‘experimental’ theatre. But thankfully Kitson knows what he’s doing, and clearly Key gets it, too. The great appeal here is in seeing two really fine performers playing off against each other. Because this isn’t exactly driven by plot – or, when it comes to it, by character, really. It’s all about Kitson and Key teetering on the brink of absurdism together, casting a spell on the audience with a love of humour, language and dialogue. 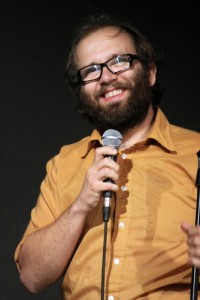 It’d be fairly tempting to label it as Waiting for Godot on Prozac. But that would be too cheap, too reductive. Tree is a genuinely charming, original confection, as curious, childlike and soulful as Kitson’s solo work, consistently funny and occasionally outright uproarious. Most likely a curious, low-key, rambling shaggy dog story such as this won’t be to all tastes. Them’s the breaks. And the lack of narrative momentum certainly threatens to trip it up before the whole 90 minutes are over, but it manages, just about, to maintain that spell.

After eleven performances at the Royal Exchange, there any no known plans for Tree to go on elsewhere. It’s hard to imagine it being performed by others, so much does it rely on the crackling chemistry between Kitson and Key. Maybe in the short term Tree won’t win Kitson many new admirers – which is to say, he’s got plenty of those already. But if he goes on this way, one day he could be as highly-regarded for his theatre work as for his live shows. And for the time being, his sense of adventure is very much to be admired. Not many writer-performers would create a play in which they’re 15 feet up and obscured by branches throughout. And which requires a ladder for them to join in the final applause.