Many bands suffer from what’s known as ‘Difficult Second Album Syndrome’, that awkward step where a recording career isn’t brand new any more but it’s a not-yet-seen-it-all doddle either. For art pop rockers Django Django, it really threw them.

Speaking to Northern Soul, the band’s bassist Jimmy Dixon says: “Looking back on the second record, there were certain things that we took from it, things we realised didn’t work or that we weren’t comfortable doing. It’s a learning process. We just threw a hell of a lot at each song. On this record, we wanted to refine it and make it a bit more concise and poppier and not worry too much about having all these hundreds of different top lines and melodies and harmonies going on. We just wanted to be a bit simpler, I guess. For me personally, this is a much more enjoyable album to listen to and we’re all just really happy with it.”

Django Django’s new album, Marble Skies, is their third, and while that difficult second album actually had its moments, this is a much more accomplished and satisfying piece of work, a kaleidoscopic, exuberant blast of no-nonsense indie pop. Released to appreciative reviews last month, the band are currently out on tour to support it and are playing Manchester O2 Ritz on March 21. 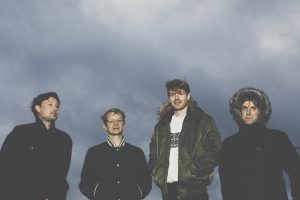 For Dixon, playing live is every bit as vital as recording. “To me it’s as important to get the live show right as it is getting the album right. Whenever I go and see bands live, I always really appreciate it when they’re not just playing the song as it is on record, but they’re treating it as if it’s its own little stand-alone thing. Dave’s brother’s band, The Beta Band, used to do that a lot [Django Django’s drummer and producer, Dave Maclean, is brother to The Beta Band’s John Maclean]. I remember going to see them when I was a kid and and it was almost like they’d just started again with the tracks live. Dave’s DJ-ed since he was about 16 too, and I think we treat the live stuff very much like a DJ set. We try to have peaks and troughs.”

It’s now been nearly ten years since the four members met at Edinburgh College of Art and formed Django Django. They’re an eclectic bunch who come from all over. Maclean and synthesizer player Tommy Grace are both Scottish, whereas singer Vincent Neff is originally from Derry in Northern Ireland,and Dixon hails from Leeds. The working dynamic between the band remains fairly fluid, Dixon says.

“We can be pretty brutal with each other’s songs and ideas, but I think that allows you to become less precious. You might have an idea for a track and the way it works out it’s completely different to what the way you started or what you imagined it would be. But I think that’s a healthy thing. That’s part of working collaboratively. I think that’s what’s exciting about it. You just have to let go of your own ego a little bit.”

As you might expect from a group formed at art school, they have creative influences beyond the realm of music.

“We watch a lot of films, we read a lot,” Dixon reveals. “As a band it’s always been natural for us to treat making music as an escapist thing. You sit through a film and you can be transported somewhere completely different. A film soundtrack can take you on a journey. It removes you from the place that you’re in and plonks you somewhere completely different. I think that’s the way we’ve always approached music. Creating our own little imaginary world or whatever is something that we’ve always done. For us, music-making is influenced by all sorts, not just music – films, books, art galleries, paintings, whatever we happen to be doing. Personally, when my head’s totally stuck in the writing and recording process, I find it difficult to listen to that much music. It’s quite nice to just remove yourself from that little bubble and go onto do something else and whatever you’re into can filter in and influence you.” 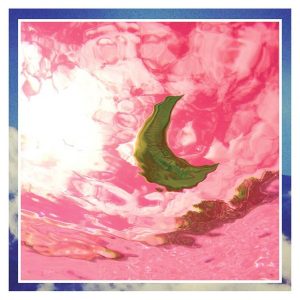 In 2015, the band had some more direct involvement in the film world, writing and performing the title song for Slow West, a critically-acclaimed Western written and directed by John Maclean, aforementioned brother of drummer Dave. They’d be keen to do more soundtrack work if the opportunity ever arose.

“Yeah, we’d love to. When we were working on that track, John sent us the final scene of the film and gave us a really loose description of the feel of music that he wanted. It was really nice to do something that was completely removed from Django and from feeling like you have to write a complete song with a melody and a chorus and a middle eight. It’s definitely something that we want to get involved in more. It’s just finding the time and the right kind of project.”

For now, though, touring the new songs is keeping Dixon and the rest of the band good and busy.

“This time round we spent a lot more time during the writing process getting our heads around playing the songs live so when it came to taking them out on tour, it felt a lot more natural. We’re playing six tracks off the new album and they’ve been going down really well. It’s been a case of trying to make them as enjoyable as we can to play, and I guess once you can do that then people will appreciate them.”