Chris Park May 4, 2015 Enterprise, Heritage Comments Off on Election 2015: The Whig Party

Working in a busy office as the country prepares to take to the polling stations, everyone is talking about who they are voting for and what the election means to them. There seems to be an overwhelming sense of apathy rooted in a lack of distinction between the parties.

Oxford graduate Waleed Ghani, originally from Manchester and, until recently, an Army Captain, felt this dissatisfaction and found he was voting for the least worst option. As 2014 drew to a close, he talked with friends about starting his own party and joked about reviving the original liberals, the Whig Party. At first they thought it wasn’t possible. But a letter to the Electoral Commission proved them wrong.

Nearly five months later and Northern Soul caught up with the North’s only Whig candidate, standing in Stretford and Urmston in Manchester, to talk about reaching into the past to find a future.

“We believe that politics should be open to all,” says Paul Bradley-Law. “People are disengaged at the moment. In the last election 16 million didn’t vote but no-one found out why.”

So why not just start a new party, rather than revive one that hasn’t existed for 150 years? Bradley-Law smiles. “The pro is it gives it a news angle, that is why we are sitting here talking. The cons are it is an impressive legacy to live up to, we are standing on the shoulders of giants.”

The Whig Party was founded in 1678 and boasts 16 Prime Ministers. Manchester was a particular stronghold, backing the key Whig causes of free trade, abolition of slavery and social liberalism. 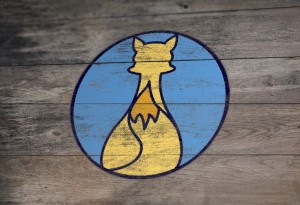 Bradley-Law, a local businessman, believes the Whig Party of the 21st century has adopted these values and translated them into a blueprint for a modern society.

“We are pro-immigration, pro-EU and stand for gender equality. [Originally] the Whig Party called for British people to open trade. We are in the same position today with UKIP and the immigration issue.”

The 2015 Whig Party manifesto also includes what some might consider radical views on promoting productivity as opposed to austerity, free early years education, abolition of university fees and empowerment of local councils.

Bradley-Law believes that the Whig Party is a refreshing alternative to today’s parties who, according to him, are mired in their own history.

“The parties are rooted in their past. No matter how progressive they try to be they have to please their core voters. Whigs are free to have their political ideas. We want to raise awareness that there are other options.”

How did a married father-of-two, running a technology recruitment business in the centre of Manchester, suddenly find himself standing for parliament?

“It was very modern,” laughs Bradley-Law, who lives in Urmston. “I saw a tweet in January of this year. I did politics and history at school and back then I was impressed with the Whigs’ advanced ideas, ideas that are advanced even for now, making society fairer. I saw the pre-manifesto and agreed with everything so I filled in the form and now I’m standing.”

He believes we should be engaging a new generation. “Russell Brand should be standing instead of encouraging young people not to vote. Look at me, six months ago I didn’t think I would stand.”

As a candidate for a brand new party, Bradley-Law is realistic about his chances. “Public reaction has been positive. It would be a great statement to get my deposit back. We want to get our voice out there and even if we don’t win, we can still affect other party policies. I mean, look at UKIP.”

But is he ready for the possibility that he could become a member of Parliament?

“It would be a change but the idea of getting the Whig vote into Parliament would be worth it.”

No matter what happens later this week, Bradley-Law and his colleagues are looking at the long game. “People are already wanting to stand for us at the next election. There are [different types of] elections in the next five years, we have to start somewhere.”

The Whig Party has candidates standing in the following constituencies: