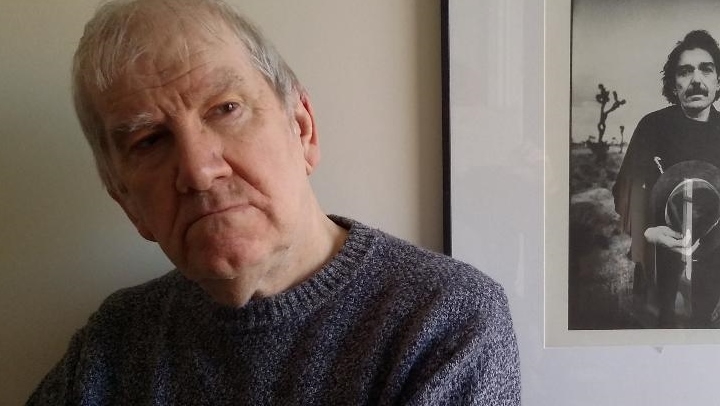 It’s any modern music fan’s dream: hanging out with The Ramones, Echo and the Bunnymen, The Jesus and Mary Chain, Julian Cope, Spiritualized and The KLF during their glory days. Mick Houghton did exactly that and, what’s more, he made a living out of it. From 1978 he worked as a publicist, initially in-house for WEA and subsequently through his independent PR outfit Brassneck. The artists he worked with over 20 years comprise a Who’s Who of left-field contemporary British music, his involvement in their career itself like a Kitemark of quality.

After writing acclaimed books about the Elektra record label and singer Sandy Denny, Houghton has now told his own story in the form of Fried & Justified: Hits, Myths, Break-Ups and Breakdowns in the Record Business 1978-98. This wise, witty memoir traces his transition from being a music journalist to having a pretty damn stellar career in the PR game, seemingly almost by accident. In a magnificently understated sort of way, this gave him a fascinating vantage point as a witness to the story of so many great bands.

Speaking to Northern Soul, Houghton considers the suggestion that essentially his role was to be the sanest person in the room. “Sometimes, yes,” he laughs. “Sometimes it was the other way around, though.”

“I’ve been thinking about writing this book for a long time,” Houghton says. “I finally stopped doing PR work about five years ago and it only became clear in my mind once I’d given it up just how much everything has changed now. The landscape of the 70s, 80s and 90s has completely gone, really. If I did decide I wanted to do PR again now I’d be absolutely hopeless, because I just wouldn’t have a clue what to do any more. So, it felt like now was the right time to write this.” 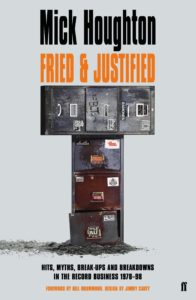 Having devoted so many years to writing about artists from the perspective of a a publicist, it’s a curious gear change to tell his own story and put himself in the spotlight. “To begin with I found it really difficult. With the first draft I did, the editor kept saying ‘you’ve got to put more of yourself into it’. I did find that really hard, but once I’d got over that it became easier. I kind of realised that for it to work it has to be my story. It can’t be just be a book about all the people I worked with. I had to somehow try and put myself at the centre of all the things that I’ve been part of. I also realised that all the people I’m writing about have had their opportunity to say what they think, because they’ve been interviewed countless times. In some cases, like Julian Cope or Bill Drummond, they’ve written their own version of the story.”

In Cope’s case there’s his celebrated, unhinged memoir Head On. “I mean, I can’t compete with Head On, but one of the things I always liked about it is that Julian paints these really good portraits of people, which is sort of what I’ve tried to do as well. The person who Julian’s probably hardest on is himself. He’s not afraid to point out that he completely fucked it up or he just did completely the wrong thing and I’m sure I did too. Once I got into the idea that this was my story, I really got into it and probably the person who comes out of it looking most like a twat is me.”

Back in 1978, Houghton initially had doubts about his suitability as a publicist. “To be honest with you, I didn’t think I was cut out for it. People have a perception of PRs as being really quite pushy and I knew I’d be hopeless at that. So, I think I did it in a very understated kind of way, which actually worked in my favour.”

Houghton’s highly individual approach to the PR game could surprise those he dealt with. “On one level I never tried to bullshit anybody. There’s no point. You can tell people that a record is acclaimed, but if it’s not very good, it’s not very good. Journalists could never believe that sometimes I’d be the one arguing with them that somebody’s album wasn’t as good as the last one. I just think you can’t treat people like idiots.”

What shines through in Fried & Justified is Houghton’s common sense, intelligence and love of music, the latter being a quality in surprisingly short supply within the music industry. “Some people aren’t particularly motivated by the music and to some extent don’t really know what they’re doing. I like to think that, in terms of what my role was, I kind of knew what I was doing.” 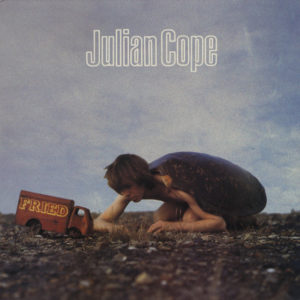 Houghton worked with many legendary names but there’s nothing remotely cheap or scurrilous about Fried & Justified. “I never wanted to sit down and write a ‘kiss and tell’ kind of book. Generally, I liked all the people I worked with. It’s not just that I wanted to write about the good times, but I just wanted to reflect things the way they were. I guess that’s why that word ‘myths’ is there in the title. I think there’s a lot of mythology built up around people like the KLF and the Bunnymen, but I wanted to build the myths rather than destroy them.”

‘Myths’ is about right, and they’re all present and correct here, from Echo and the Bunnymen plotting a tour along ley lines from Iceland to the Hebrides and Julian Cope binging on acid and renaming himself ‘Kevin Stapleton’ to the KLF abruptly exiting the music business and burning that million quid. Houghton seems to have handled each of these events with equal aplomb. “I always had this reputation for working with difficult artists or troubled artists, but I never found them particularly difficult. They were no trouble as far as I was concerned. For one thing it made them more interesting, and for another it meant you had to be more imaginative about how you did their press.”

Fried & Justified conjures up a fairly recent but already long-gone incarnation of the music industry, largely pre-internet, when publicising a band involved in the first instance drawing the attention of John Peel or the four weekly music papers (NME, Sounds, Melody Maker and Record Mirror – all RIP), and then getting played on the radio, into the Top 40 and making appearances on Top of the Pops. 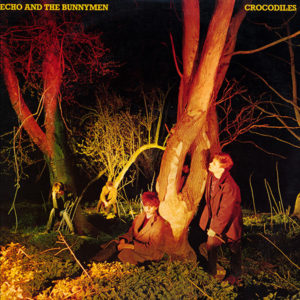 This clear-cut system didn’t always work for the kind of groups Houghton handled, though.

“A number of artists I worked with put out single after single after single that just missed out making the Top 40, which meant they missed out on getting Top of the Pops so they missed out getting on the radio and missed out on being able to put more records in the major retail chains. Look at a group like The House of Love, who I think had three singles that came in at number 41. The record company just didn’t know what to do. They’d say, ‘oh, let’s try again, next time let’s make an even more expensive video’ – and then you make an expensive video but the single still comes in at 41 so it never gets shown.”

Some artists were naturals at garnering column inches in the music press, but that’s not to say it would help them to sell more records. In the aftermath of The Teardrop Explodes, Julian Cope released two solo albums, World Shut Your Mouth and Fried, within the space of a year. Now highly regarded, at the time both albums were slated by the music press and Cope himself was pilloried.

“Julian was a very press-friendly artist. He was brilliant, everything he said was a copy-ready quote, but it didn’t necessarily engage people in the right way. Julian has an odd relationship with the press because when he was successful they wanted more and more and more of him, but at the same time they were a little bit wary of him. I think sometimes he was almost too smart for them. I often used to feel that he got bad press because journalists almost wanted him to bring him down a peg or two.”

Bill Drummond managed both The Teardrop Explodes and Echo and the Bunnymen before going on to find fame in his own right with Jimmy Cauty as The KLF. Drummond and Cauty understood the rules of the music industry implicitly and played with them to enormous success.

“They were so smart,” says Houghton. “They made great records which got on the radio and they made fantastic videos, and then when they went on Top of the Pops they did these most outrageous over-the-top performances which people noticed. It was no good going on Top of the Pops and just standing there like a lemon and not trying to entertain people, thinking ‘it’s not cool’. Invariably the single would drop out of the charts the next week. With the KLF, after a certain time I don’t know that press was particularly important to them. They had such momentum that a lot of what I did for them was just window dressing, really.” 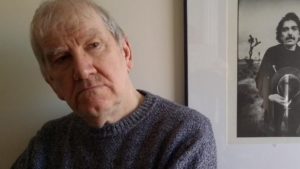 Houghton splutters slightly when asked to explain why people should read his book, in the same way that he used to promote other people’s records. “To be honest, I still find it weird that I’m the person that’s doing interviews. It’s that thing about the poacher becoming the gamekeeper.”

However, in Fried & Justified he tells a fine, unpretentious roller-coaster of a tale, brimming with insight and dry humour. There’s no sense of him feeling uncomfortable looking back to his PR days. “No, not at all, and maybe I thought it would be. Like I say, I’ve been thinking about writing this for a long time and yeah, there is actually a huge fondness there. If you read the book, you hopefully come away thinking ‘wow, he must have had a great time for 20 years’. Because I did.”

Fried & Justified: Hits, Myths, Break-Ups and Breakdowns in the Record Business 1978-98 by Mick Houghton is published by Faber & Faber on July 4, 2019. 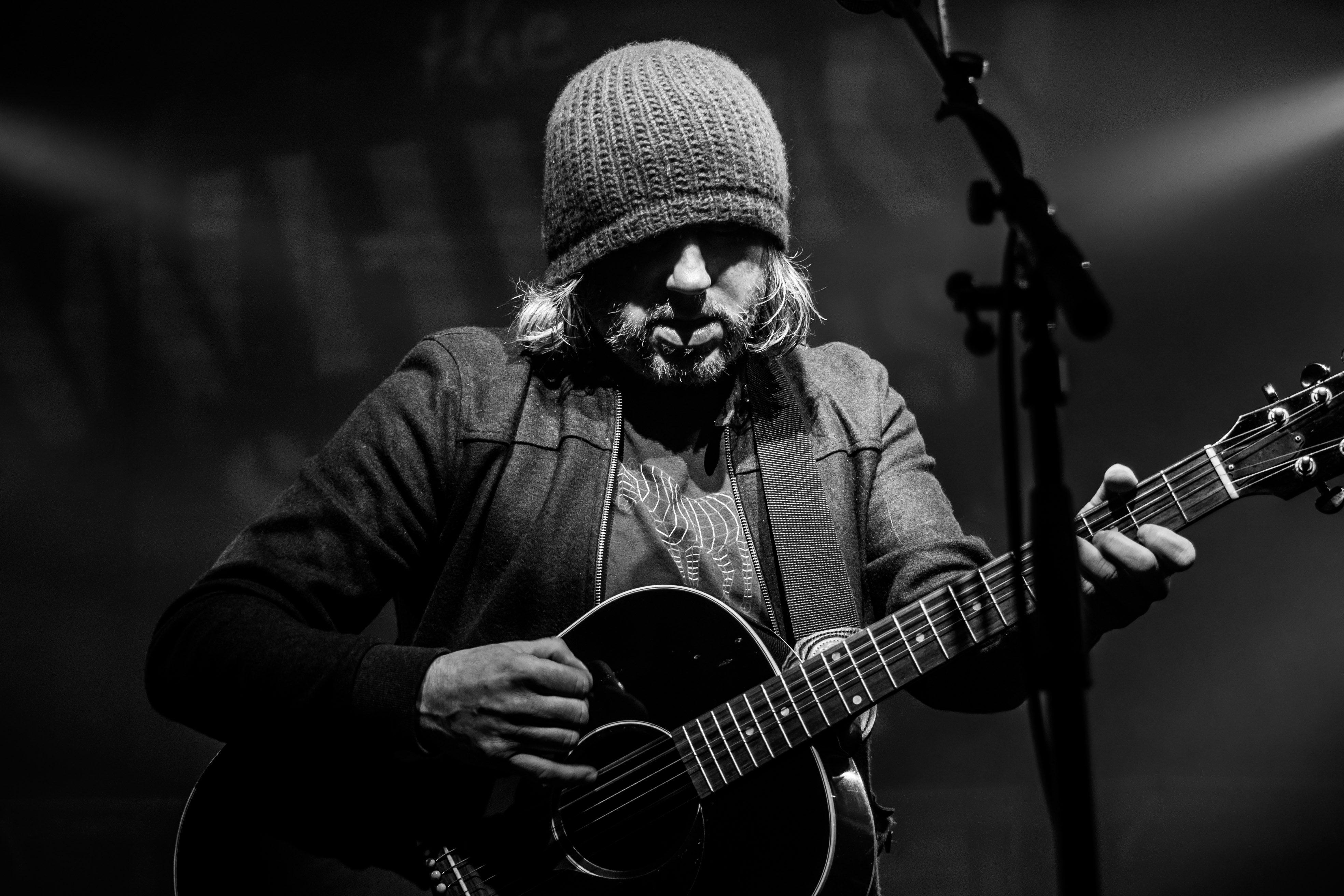 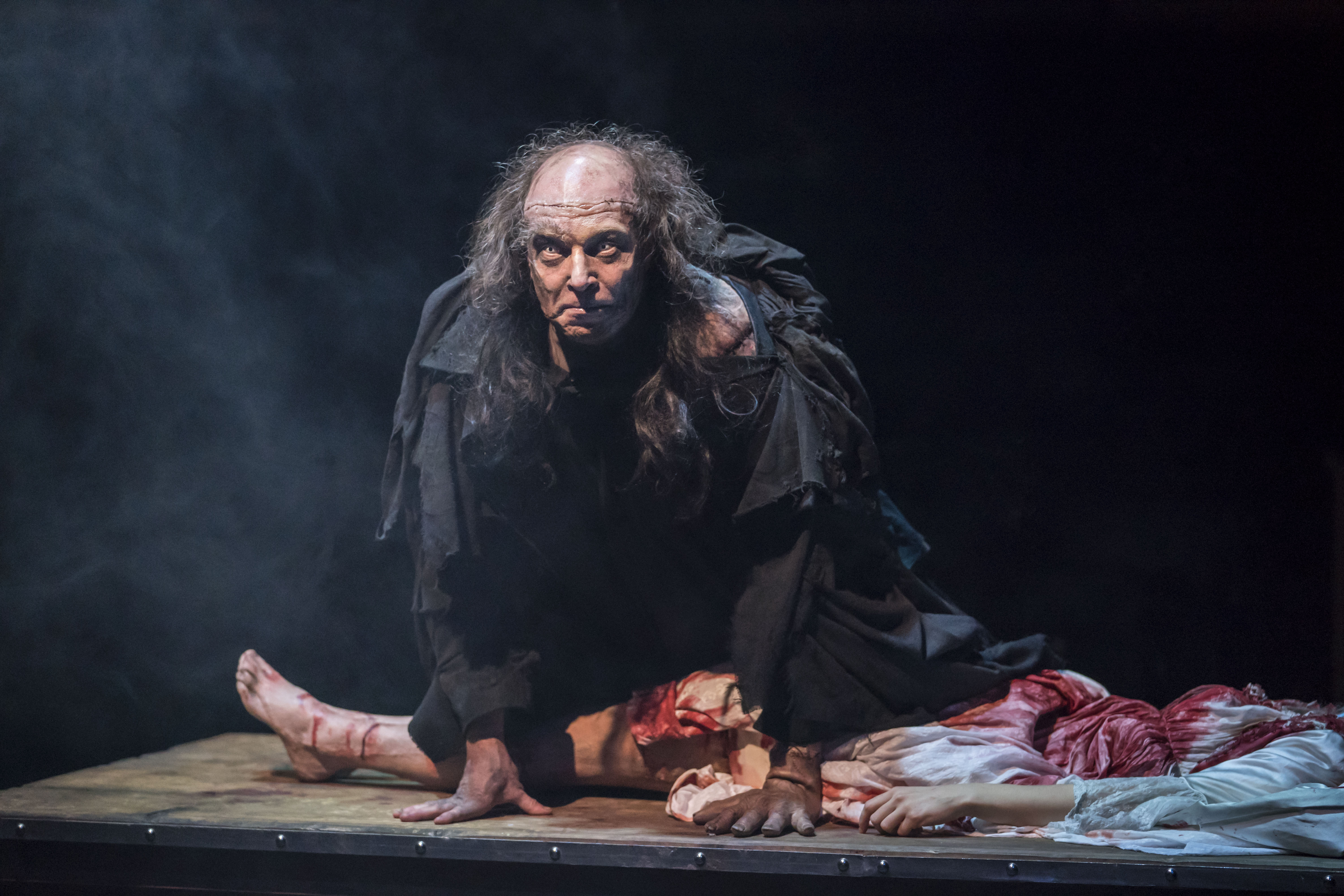 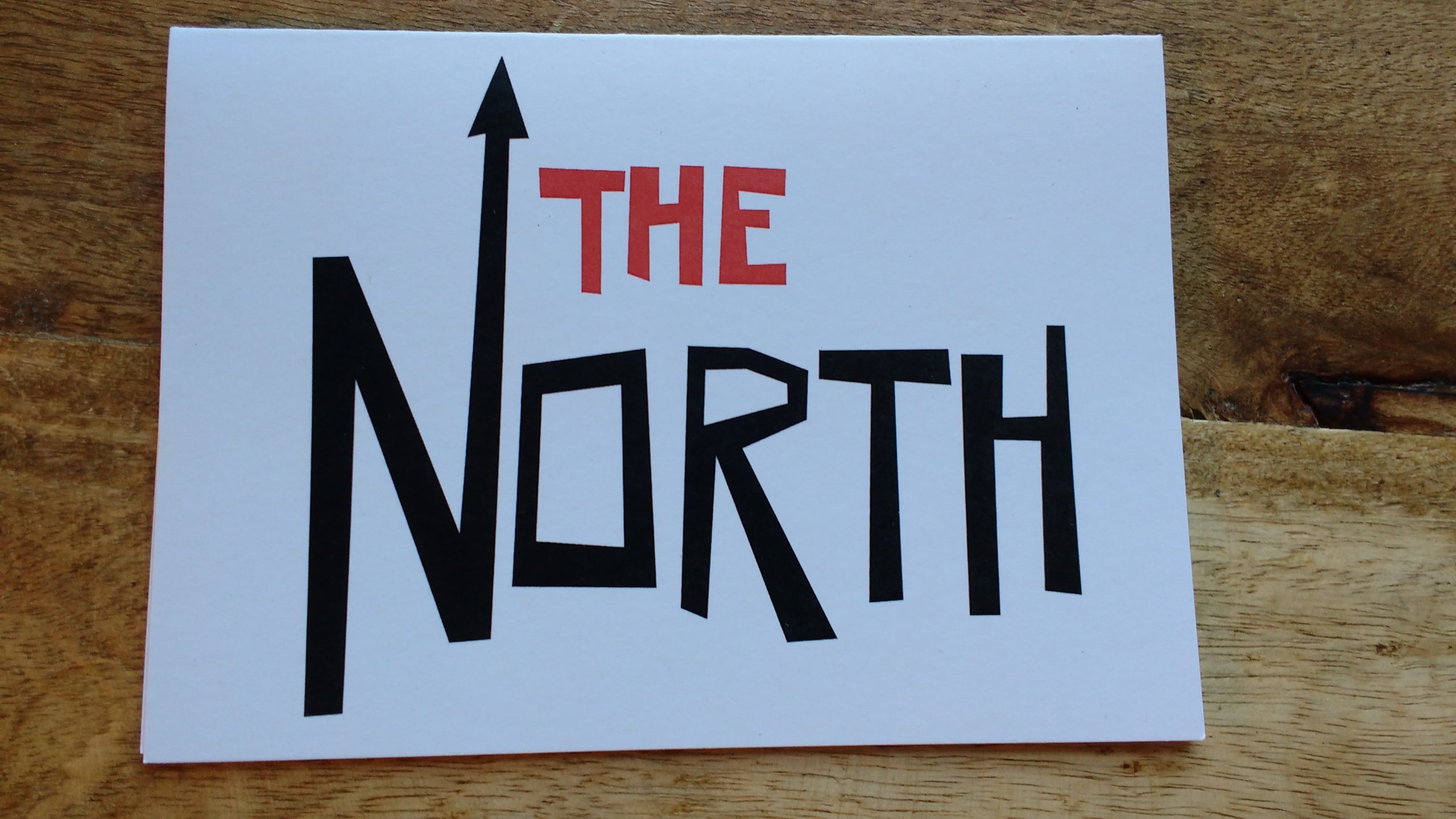 How to be Northern 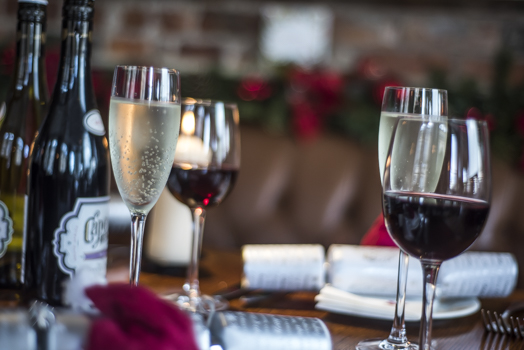