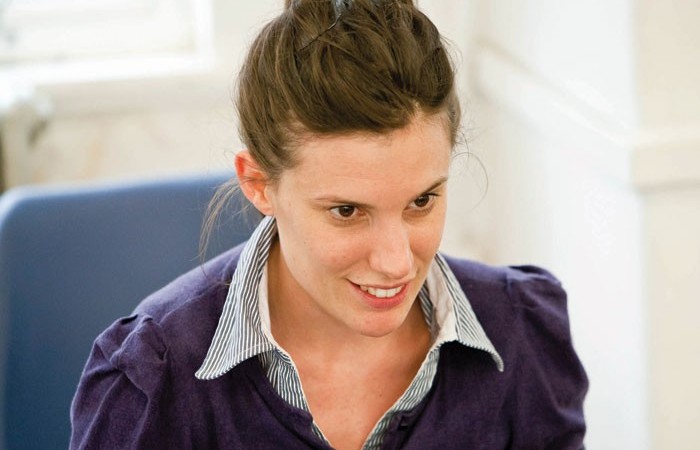 Ellen McDougall is a prolific director and totally immersed in a profession that began in her early student days when she directed Philadelphia, Here I Come! and Cymbeline.

“Both of them were for a student theatre company called Bedlam Theatre in Edinburgh,” she tells Northern Soul. “Looking back on it, it was such an incredible opportunity because you just had to convince everyone else who was part of the company that the play you wanted to do was a good idea and then they’d let you do it.

“The reason I chose both of those plays is that firstly I knew that I loved Brian Friel’s writing. I came across Philadelphia, Here I Come! and found that the main character was actually played by two actors, one of whom voices the inner thoughts of the character, the other who presents the external. And I just thought what a fascinating challenge as a director in terms of what you do with those two actors on stage. The themes were also very interesting to me because they were about leaving home and what that means and at that time that really resonated with me.

“Cymbeline is completely mental as a play. There’s a stage direction towards the end that says that Jupiter descends on a cloud and throws a thunderbolt. And there’s another one that says enter Roman army stage left. Again it was that thing of how are you meant to do this and that was as good a reason as any to do it.”

In addition, McDougall has had no reticence in taking on the Greek classics. “Antigone is one of the most incredible stories ever written because it’s got the perfect problem in it, it’s impossible to know who to side with all the way through, your loyalties switch.

“And Philoctetes was such a great story for a young age group because it introduced the world of Greek classic plays and it’s also a debate play about what is the right thing to do in a situation. The main character is faced with a dilemma about whether he should be loyal, kind and generous or obey his ambitions. It raises really interesting questions but at the same time it’s about a man with a smelly foot which requires lots of disgustingness which for five to eight-year-olds is also very appealing.” 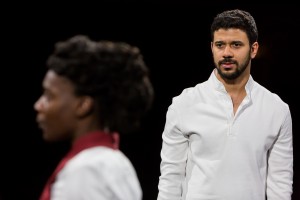 McDougall’s production Ivan & the Dogs was nominated for an Olivier award and won great critical acclaim.

“That was a script that I read as a script-reader at Soho Theatre and it just came off the pile that had come in. I remember reading it for the very first time on the tube home and it was about a 40 minute journey and I got through to the end and it was a completely compelling and gripping story. So I wanted to give the audience a similar feeling to the one I had when I first read it. It’s an incredible story of human endurance and the things we are capable of surviving. The thing that really endures as well is the imagination of the character which I felt very passionate about. “

Anna Karenina and The Rolling Stone, touring to various theatres including a previous run at Manchester’s Royal Exchange and the current production at the West Yorkshire Playhouse, have run simultaneously, drawing on the same mixed race cast. “For me the important thing about doing any play is there is a danger where you get locked into a cast and have a sort of museum piece that doesn’t bear any relevance to the world we live in now. I always want to make sure that that isn’t the case. It should be about people in the room watching the play now.

“So one of the things about colour blind casting for me is that it means that the people on stage reflect the people in the audience. It’s unrealistic to have a group of only white people doing a play when the audience is likely to be mixed. There’s also that thing of breaking that fourth wall a little bit because these are all people in the world now so it’s not just trying to believe what Anna was like in 1860, this is also a group of actors telling us a story that bears relevance to us in the world now.”

McDougall’s take on the Tolstoy classic exposes the double standards at play where Anna is pilloried for her actions whereas Vronsky is simply lauded as a man about town.

“It’s really satisfying to hear you talking about that because that’s exactly the intention,” she says. I mention the symbol of the soil in the design. “The importance of the mud comes from Levin talking a lot about the earth and how important our connection to it is. In the novel there are images of him walking through fields and smashing through ice into the mud underneath it.

“Then it flicks back to Anna in her world and there is this image of everyone in that society who knew that she was having an affair before she’d actually left Karenin. So there was all this gossip going on and it describes the people in that society who had always been jealous of Anna because she was so amazingly beautiful. And [in our production] they gather handfuls of mud to throw at her and it became socially acceptable to shame her for what she was doing.” 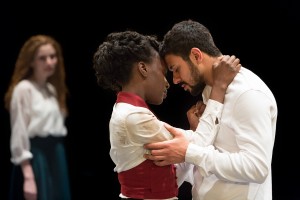 In McDougall’s hands the piece is a dramatic rollercoaster that goes through the highs and lows of love and life.

“What’s important about the play is understanding what’s in our souls, what’s in our hearts. Those things don’t always fit into the comfortable rules about social behaviour that we construct for ourselves. So sometimes it’s uncomfortable to admit that you have feelings or passions that don’t conform. In the end those things are more true than anything else because social rules are things that we’ve constructed.

“Karenin’s fear of Anna’s emotions comes from the fact that he’s very much part of this social world that doesn’t want to really look at the truth. Levin is someone who is constantly searching for what is underneath our social mores, what is actually important and keeps us alive.” 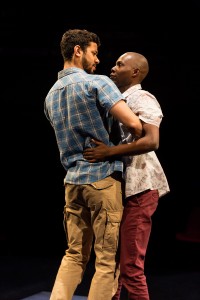 Meanwhile, McDougall is to direct a touring production of Tennessee Williams’ The Glass Menagerie, which will open at West Yorkshire Playhouse in September. During the course of her research she has unearthed a commentary on the play from Williams. It reads thus: “The apartment we lived in was about as cheerful as an Arctic winter. There were outside windows only in the front room and kitchen. The rooms had windows that opened only onto an alleyway that was virtually sunless and that we grimly named death alley, which is amusing only in retrospect.

“There were a great many alley cats in the neighbourhood constantly fighting the dogs. Every now and then a cat would allow itself to be pursued into this alleyway that had only one opening. The end of the cul de sac was directly beneath my sister’s window and it was here that the cats had to turn around and face their pursuers in mortal combat. My sister would be awakened in the night with the struggle and in the morning the hideously mangled victim would be lying by her window. The sight of the alleyway had become so odious to her for this reason that she kept her shades constantly drawn. We painted all her furniture white to release the gloom and on the shelves around the room she collected little glass articles of which she was particularly fond.

“When I left home several years later it was this room I recall most vividly and poignantly when looking back at our home life. They were mostly little glass animals. By poetic association they came to represent in my memory all the softest emotions that I had in recollection of things past. They stood for the small and tender things that we need to make life endurable to the sensitive. The alleyway where the cat was torn to pieces was one thing, my sister’s glass menagerie was another, somewhere between them was the world that we lived in.”

McDougall explains: “So it’s a very autobiographical piece of writing and what’s amazing to me about it is that we celebrate ambition and drive and Tennessee Williams himself, in his desire to be a writer, and his desire to leave that oppressive place are very much part of the narrator’s own character. The thing that gets lost or crushed or destroyed is in the process of chasing one’s own ambitions. It really struck me that that has a lot to say about the world we live in now where the system we live in very much celebrates one kind of success. And where is the space for the kind of things that don’t equate to a capitalistic system of values?”

Anna Karenina is at the West Yorkshire Playhouse until June 13, 2015. For more info, click here