The good news about that, though, is that Sheffield-based Hield has had time to record and release her own third solo album, Old Adam. Better yet, she is out on tour to support it, accompanied by her stellar band, The Hurricane Party, which also includes of some of the finest folk musicians working today: Rob Harbron (English concertina, fiddle, vocals); the apparently omni-present but always welcome Sam Sweeney (fiddle, viola, cello, nyckelharpa, vocals); Roger Wilson (fiddle, guitar, mandolin and vocals); and expanded to include bassist Ben Nicholls and percussionist Toby Kearney.

Old Adam, Hield explains before their Royal Northern College Of Music date, is “an exploration of how we use stories and music to understand what it means to be human”. Its tracks range all the way from the 17th century tune The Hag in the Beck to a version of a Tom Waits’s The Briar and the Rose.

“Why wouldn’t we do a Tom Waits song? He’s a great example of using those traditional folk song ideas and making something different and totally, if enigmatically, his own from them,” she argues. “That’s why it’s called the living tradition.”

The title track, she remembers, collected by Alfred Williams from Elizabeth A. Bond and, in Hield’s version, with a new tune from her partner Jon Boden (Bellowhead‘s lead singer), “led me to thinking ‘how do these stories make us who we are?’ It’s the oldest story there is, the fantasy of a purity of life, before corruption and sin. 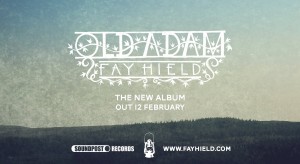 “Perhaps it was a result of developing sins that we have these songs to help us make sense of it all. Some of the songs are safe and even homely, while others take us into the realms of fantasy and they’re just as valuable. Raggle Taggle Gypsy, for instance, is a very familiar tune and one that gives an enticing glimpse at a world we could inhabit if we would only follow our hearts.”

She continues: “Morality is key here, stories help us explore rights and wrongs. While we don’t necessarily align ourselves with the characters, we position ourselves in relation to them and our emotional response equips us to deal with similar events in our own lives.”

It’s a process that she describes as “an inoculation against reality. But it’s up to us to make sense, and meaning is what we make of it”.

As well as her award-winning performing career, Hield is a lecturer in Ethnomusicology and Music Management at the University of Sheffield, where she teaches a range of undergraduate modules including ‘Music in the Community’, ‘Music Business’ and ‘Music of the World’.

“Working with the students I’m lucky enough to have can often really help me to feel and understand a song,” she says, and you can see a brilliant lecture by Hield called Why Aren’t We All Folksingers? here.

“What I really enjoy more than anything is getting to know these songs and helping other people to discover this fantastic resource too. I truly hope that they give you pause for thought.”

Sam Fender has covered 'Winter Song', originally by Newcastle's Alan Hull of Lindisfarne. It's lovely and made in collaboration with People of The Streets, a social enterprise seeking to help people experiencing homelessness. youtube.com/watch?v=92C7au… @samfendermusic

What's the one mundane item you can't live without? For us it's kitchen roll. You go. pic.twitter.com/x7vkqX6e4a

Never mind the displays in Selfridges or Harrods, Fenwick’s Newcastle window is the real herald of Christmas. We sent our NE photographer @Glasses502 to take some photos - this year's theme is Wind in the Willows. @FenwickStores Gallery here ⬇️ northernsoul.me.uk/fenwick-ch… pic.twitter.com/dl1n7HdgJ2